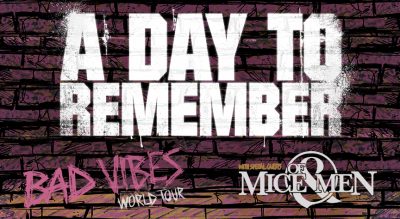 A Day To Remember and Of Mice & Men team up for a massive Australian tour.

A DAY TO REMEMBER will return to Australia this December for the Bad Vibes Tour featuring special guests OF MICE & MEN. The tour is in support of the forthcoming album Bad Vibrations, which is available August 19 via ADTR/Epitaph Records. Ticket Prices GA – $89.90 VIP Packages Early Entry – $199.90 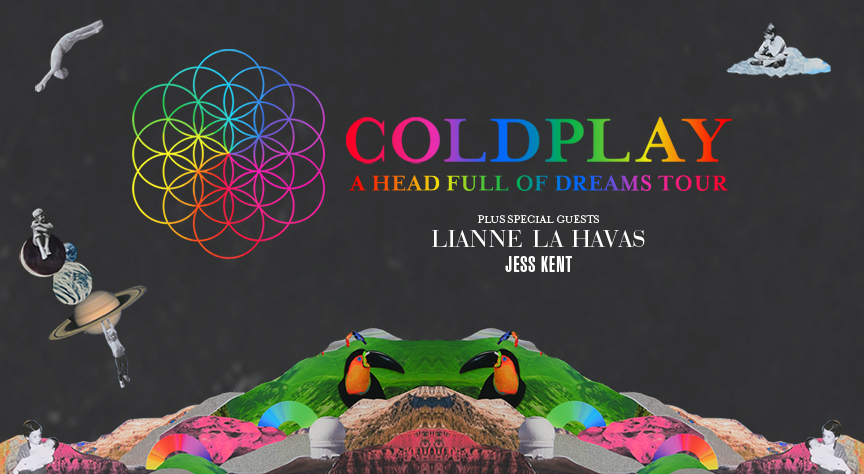 Coldplay are hitting stadiums in December! 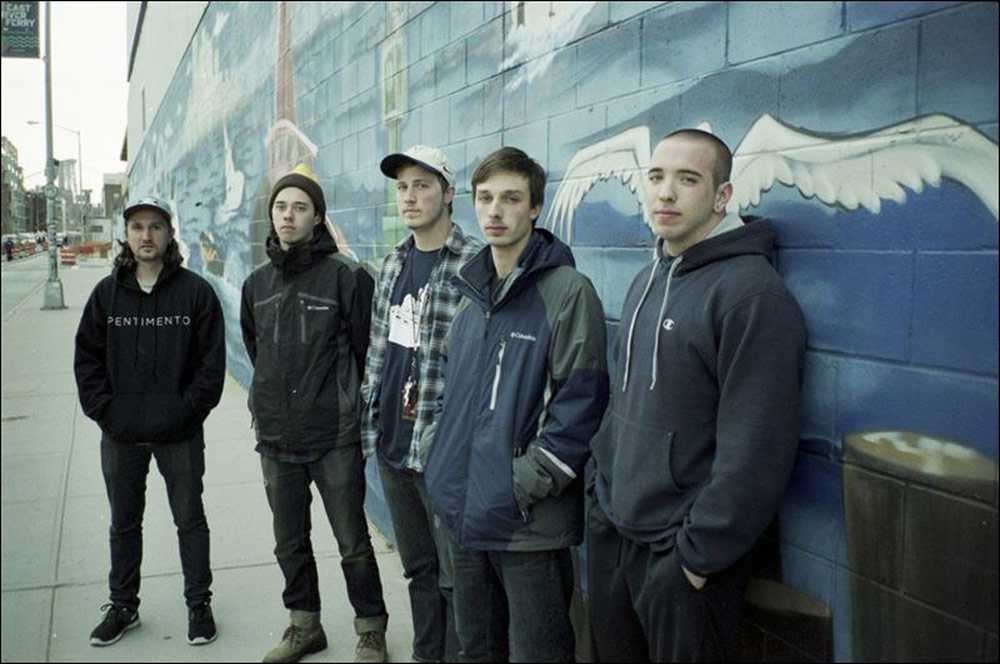 Citizen are back on our shores next month

Slowly growing and changing since they first met as midwestern high-schoolers in 2009, Citizen have emerged today as one of underground alternative rock’s most promising bands. Citizen will be returning to Australia in November in support of their critically acclaimed release, “Everybody is Going to Heaven” THURSDAY 10 NOVEMBER – FACTORY THEATRE, SYDNEY (LIC/ALL AGES) […]

ANNOUNCES ONE-OFF HEADLINE SHOW AT SYDNEY’S ENMORE THEATRE – FRIDAY 20 JANUARY Frontier Touring and I OH YOU are delighted to confirm a very special headline show for Blood Orange, who brings his full band to Sydney’s Enmore Theatre on Friday 20 January, 2017. This marks the cultural icon’s only Australian performance, alongside his headlining slot […] 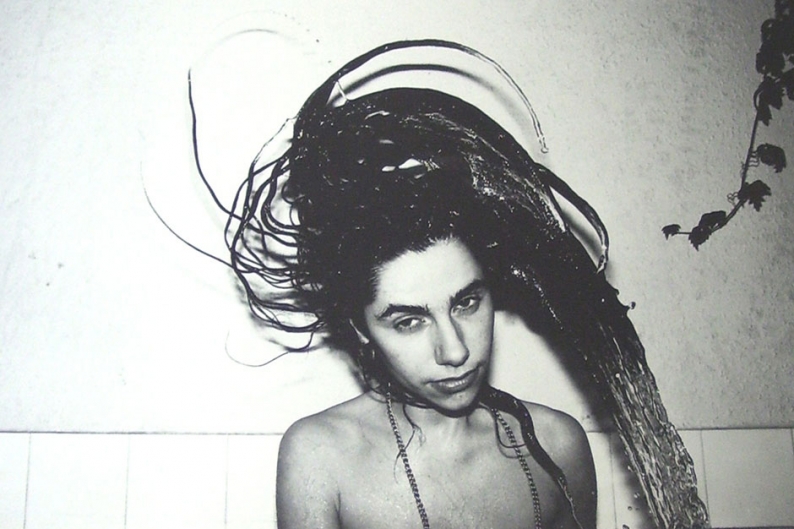 PJ Harvey and her 10 piece band return to Australia.

Billions Australia are pleased to announce that PJ Harvey is returning to Australasia in January with her full 10-piece band. Shows in Perth, Adelaide, Melbourne, Sydney, Auckland, Wellington and Brisbane follow the release of the critically acclaimed album The Hope Six Demolition Project, which hit #1 in the UK album charts. These will be PJ Harvey’s first live dates in Australia and New Zealand since 2012, with a show that is receiving rave reviews from […] 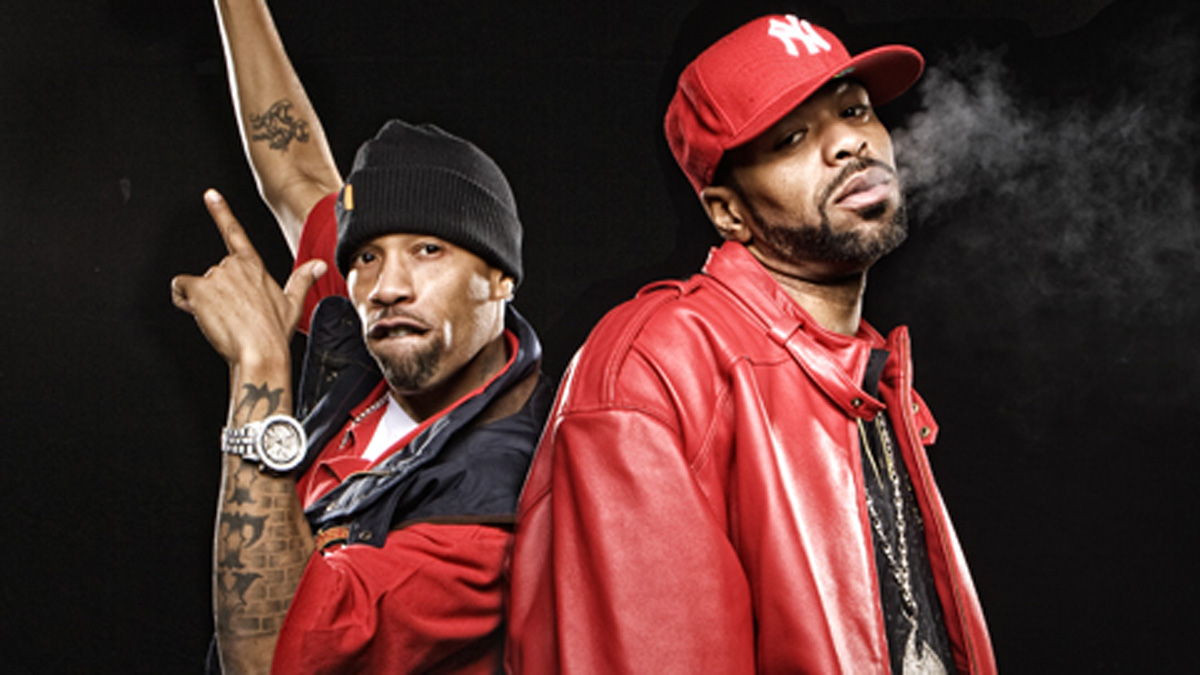 iLive are excited to announce the long-awaited return of legendary hip-hop duo Method Man & Redman on their Blackout Australian Tour.  The two prolific rappers, who have also carved out massively successful solo careers, released their first collaborative album Blackout! in 1999 which earned the duo a cult following, and ten years later, followed up with Blackout! 2. Both albums have become […] 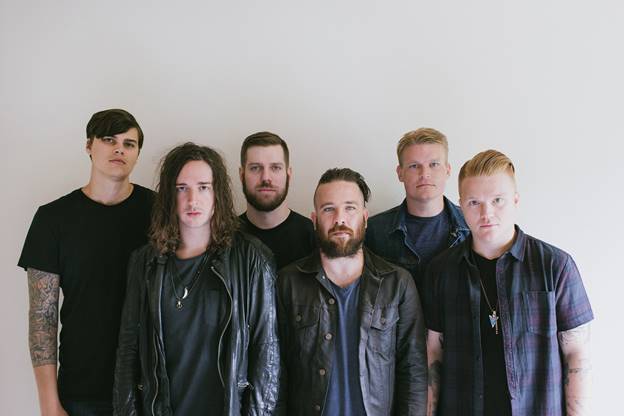 Presented by Destroy All Lines, Chugg Entertainment & Killyourstereo ANNOUNCE AUSTRALIAN TOUR 2017 PERFORMING ‘DEFINE THE GREAT LINE’ AND ‘THEY’RE ONLY CHASING SAFETY’ IN FULL   Fans all around the world never thought that we would be able to read the words “Underoath Reunion Tour” in a sentence that was factually correct. We were confident […]

TOURING AUSTRALIA & NEW ZEALAND IN 2017 WITH REVOLUTION RADIO TOUR It is with great pleasure that Frontier Touring announce the return of Rock and Roll Hall Of Fame inductees and Grammy Award winners Green Day to Australia and New Zealand for their Revolution Radio tour. With more than 75 million albums sold worldwide Green Day last […]

Deftones back in the country across November! 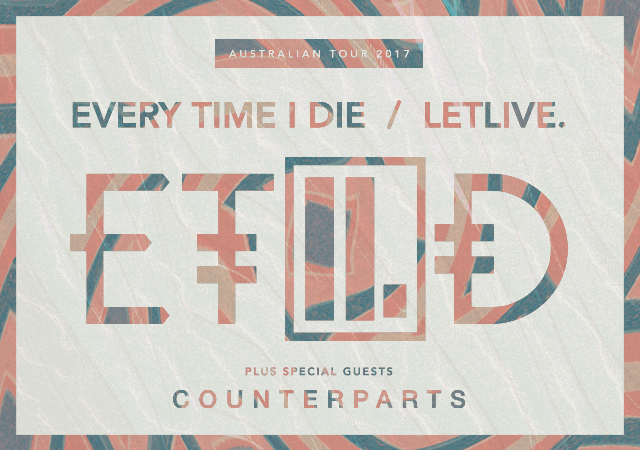 Every Time I Die & Letlive. team up for massive shows.

Milky Chance on their exciting visit back to Australia. Nov 20th, 2019