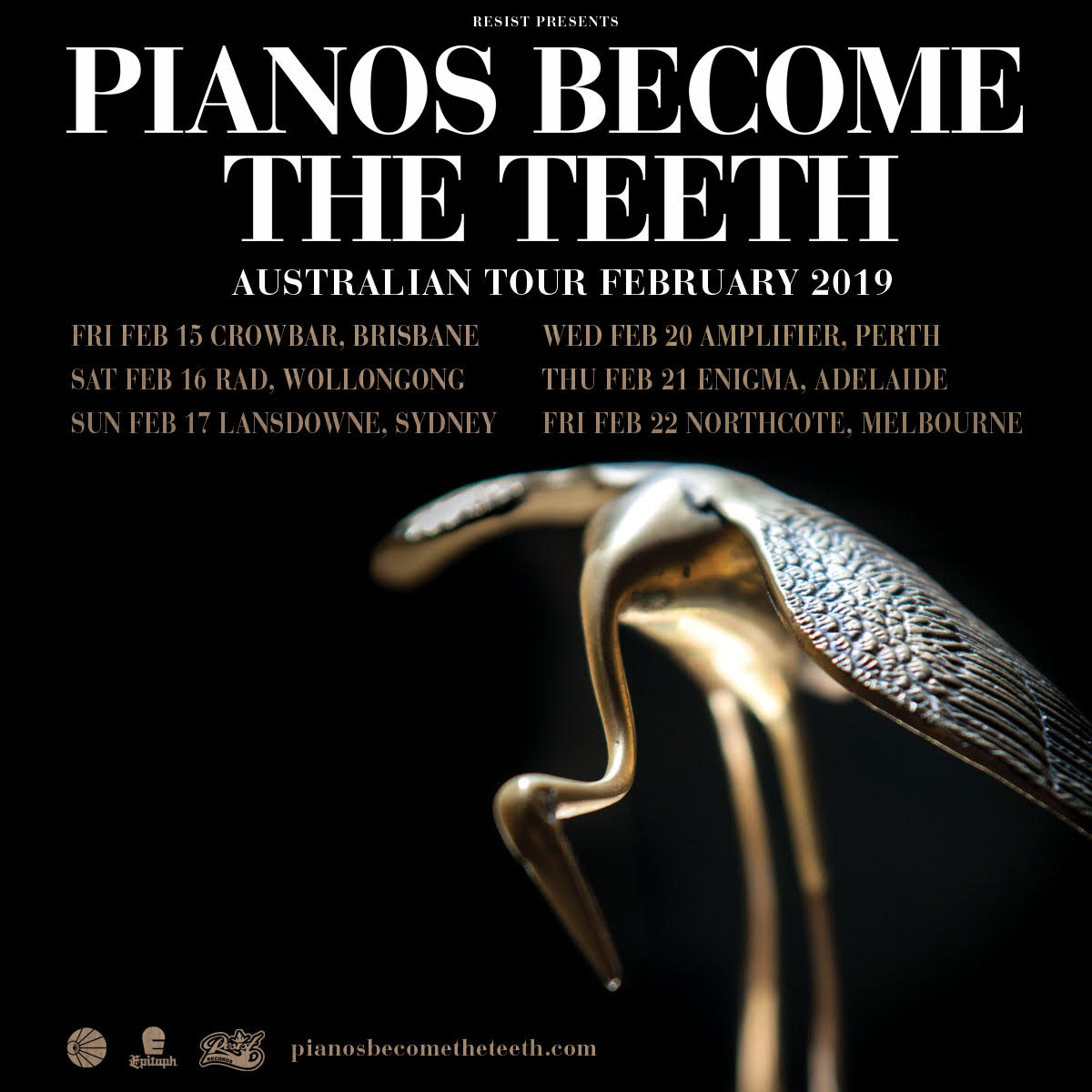 Local Melbourne indie/punk band Aburden have the privilege of opening the nights festivities and did so with plenty of energy and vigour. The band displayed a mix between heavy, clean and spoken word lyrics that at times channeled American post hardcore outfit, Being as an Ocean.

The touring support act Mowgli showcase their melodic hardcore sounds with piercing vocals and moody guitar riffs. At times both aggressive and passive the band plays songs from their self-titled EP released last week. Mowgli are a local act to watch closely.

The final show of Baltimore’s Pianos Become The Teeth third Australian tour was one worthy of their first headline billing and reinforced their spot as one of the most impressive bands in the post-hardcore genre.

From the opening track Charisma, the audience are stuck in an unbreakable trance which is only broken when the band have left the stage. The setlist is primarily split between their two most recent albums; 2017 release Wait for Loveand its predecessor 2014 release Keep You. Their latest albums demonstrate a change to a subtler tempo that demands faultless execution compared to their debut works, which relied on passion and energy.

The vibe is sombre and attentive as the crowd provides plenty of vocal support to frontman Kyle Durfey on crowd favourite tracks such as Ripple Water Shine, Say Nothingand Hiding. Kyle typically delivers his eloquent and esoteric tones with the remaining members of the quintet performing with a polish only seen in bands that have been touring together for over 10 years.

As the band continues their tour into South East Asia, the crowd will be looking forward to Pianos next visit to see what the ever-transforming band will do next.