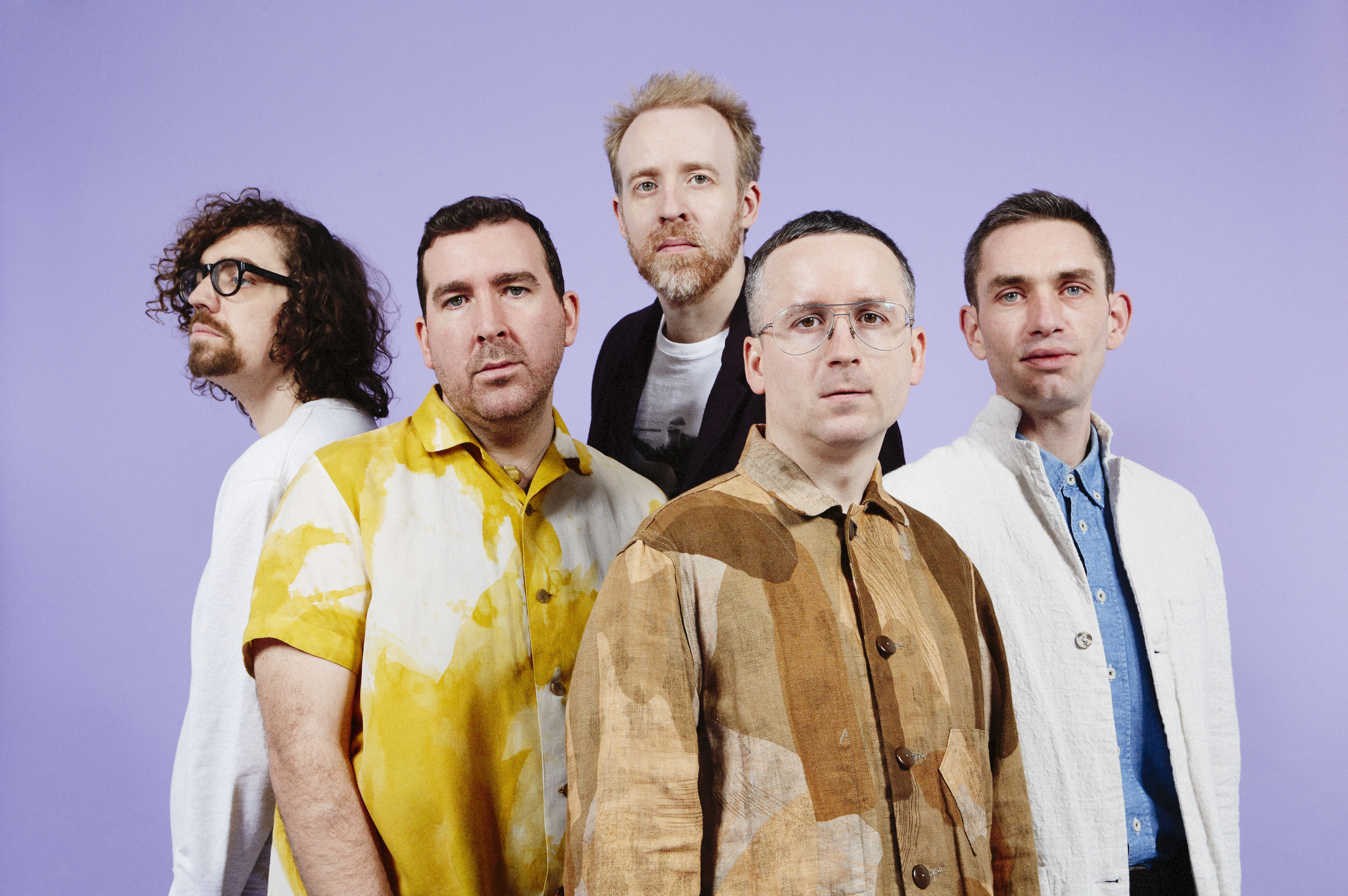 Described by The Guardian as “the greatest British pop group of their generation”, audio adventure addicts Hot Chip will make their triumphant return to Australia in 2020, locking in some huge party shows across Canberra, Brisbane, Sydney and Melbourne as they immerse themselves in the warm praise surrounding their latest album A Bath Full Of Ecstasy.

Also in the country headlining Victoria’s Golden Plains and Wollongong’s Farmer and the Owl Festivals, the band will be ably supported on all sideshow dates (excluding Canberra) by Melbourne funk synthesist Harvey Sutherland (LIVE), himself in the midst of a globetrotting odyssey as he spruiks his latest banger ‘Something In The Water’ and a brand new studio band.

Arriving with a reputation for sonic wizardry cultivated through nearly two decades of marvellously consistent output, Hot Chip have always had an ability to charm all who stand before them.

A Bath Full of Ecstasy, their seventh studio album, builds on this reputation as it racks up some of the best reviews of their career. Singles such as ‘Hungry Child’ and ‘Melody of Love’ crystallise a celebrated sound as the five-piece bridge a sense of euphoria and melancholy with colourful melodies and inspired vocal transmissions.

The one-two punch of synth master Joe Goddard and inimitable vocalist Alexis Taylor, so recognizable from the band’s untouchable back catalogue of gems (‘Over and Over’, ‘Ready for The Floor’, ‘One Life Stand’, ‘Boy from School’ etc) is on dazzling display throughout.

Kicking things into an extra gear this time around though, was the production nous of Philippe Zdar (the French maestro behind the likes of Cassius and Phoenix) and Rodaidh McDonald (the Scot responsible for the best of The xx, David Byrne and Sampha, among others).

Amazingly, this was the first time that Hot Chip have worked with outside producers, with the band generally relying on their own accomplished skill sets when piecing together their technicolour hymns.

This new collaborative approach paid dividends with Zdar lending his “French touch” (a sense of space and air) to the title track and McDonald encouraging the band to transform brilliant single ‘Melody of Love’ from a 12-minute-long gospel influenced instrumental into a devastatingly transcendent mediation on togetherness and life.

With a career littered in accolades including Grammy nominations, multiple Mercury Prize nods, several Gold albums and even a feature on The Simpsons, Hot Chip are one of the most decorated and much-loved bands in recent memory.

They’ve transcended musical trends while remaining adoringly aloof at the absolute cutting edge, with albums such as 2006’s breakout The Warning, 2008’s brilliant Made in the Dark and more recently One Life Stand (2010) all gathering effusive praise and individual cult followings.

“If you’re looking for a cure, the water is so pure”,
Taylor’s lilting laid back voice chimes on A Bath Full of Ecstasy’s title track.

Australian audiences will await the chance to take a deep soak in the inviting sonic waters that surround Hot Chip at their first shows in this country since 2016. 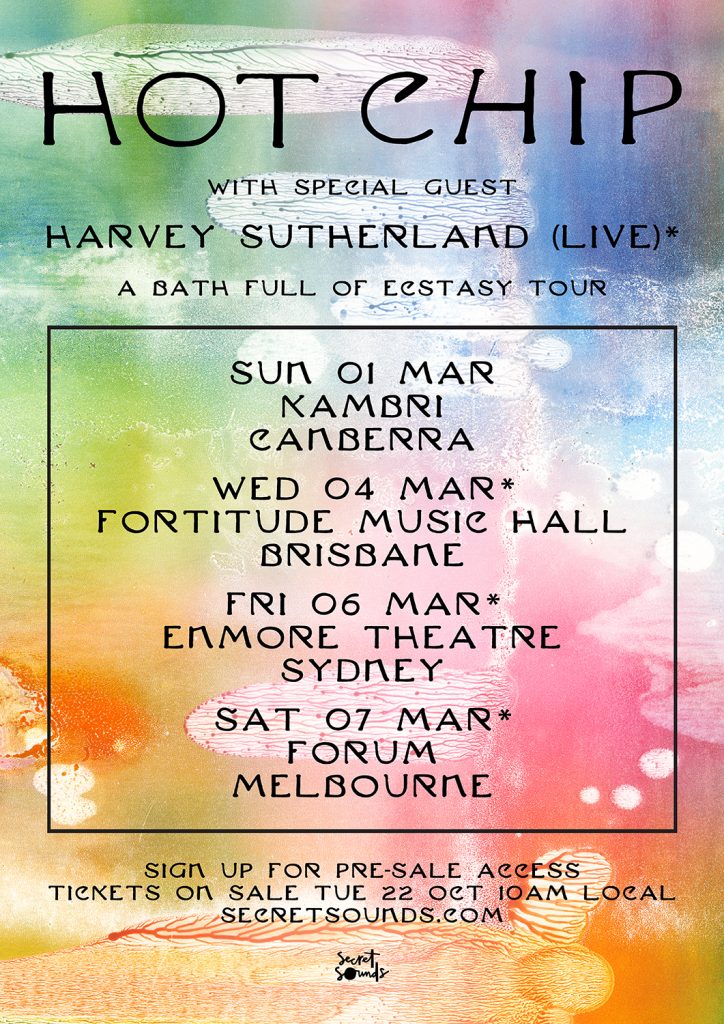