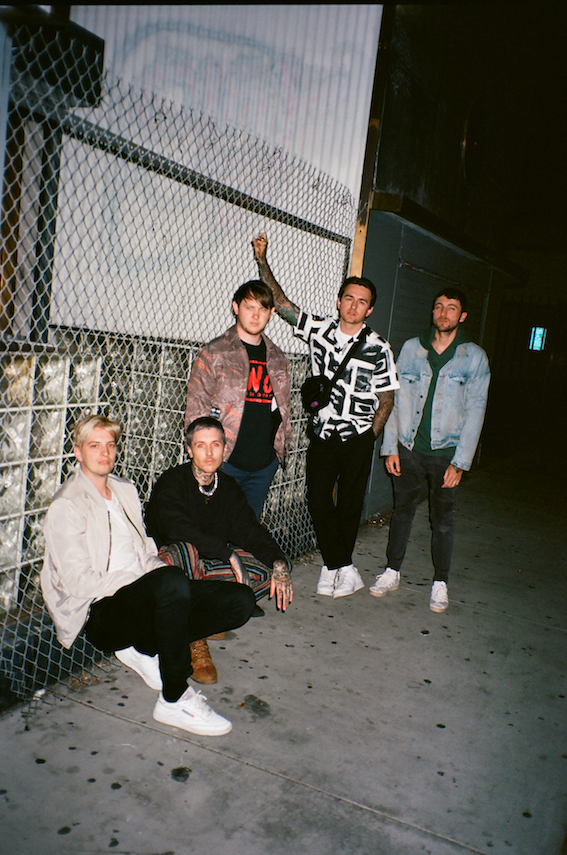 BMTH are back next month!

Sheffield based, multi-platinum selling, Grammy nominated BRING ME THE HORIZON are pleased to announce YOU ME AT SIX, FRANK CARTER & THE RATTLESNAKES and TROPHY EYES as the support acts for the ‘First Love’ Australian Tour in April.

BRING ME THE HORIZON have been on a rocket of a journey over the last few years, selling over 4 Million albums globally to date and 2019 is already proving to be an incredible year for BRING ME THE HORIZON following on from an equally as impressive 2018. Their highly anticipated sixth studio album, amo, debut #1 on the ARIA chart, their fourth #1 ARIA album debut. amo marks a huge step for BRING ME THE HORIZON and is easily one of their most exhilarating and genre spanning albums to date. The three singles have amassed 100 million streams and and earned a Grammy nomination for the first single taken from amo; MANTRA.

Joining BRING ME THE HORIZON is British rock band, YOU ME AT SIX. Forming as teenagers in Weybridge, Surrey, the five-piece have an impressive resume and list of bucket-list performances such as Ally Pally, Wembley Arena and The O2. The band’s latest studio album ‘VI’ became the band’s fifth Top 10 album in the UK (including 2014’s Number 1 album Cavalier Youth). They’ll be returning to Australia in support of ‘VI’, featuring singles ‘Back Again’ and ‘3AM’ which have become instant live favourites

English punk rockers FRANK CARTER & THE RATTLESNAKES are no strangers to Australian shores. Their explosive, jaw-dropping and energetic live show is not to be missed. Frank Carter is one of the most commanding and mesmerising front men in punk rock. Their third album, End Of Suffering, is the follow up to the savage brilliance of 2015 debut Blossom and Top Ten follow up, Modern Ruin. In an age of say-nothing pop and codified corporate rock, End Of Suffering does what all great music should- lift the spirits and stir the soul.

Australia’s TROPHY EYES had a big year on the back of their third full length album The American Dream, which debuted at #8 on the ARIA album chart. The album earnt a triple j feature album and had praises from critics such as NME, Rock Sound and Kerrang! They have spent the last 6 months touring globally on their own sold out theatre tours and festival appearances.

Tickets for the ‘First Love’ Australian Tour are on sale now.