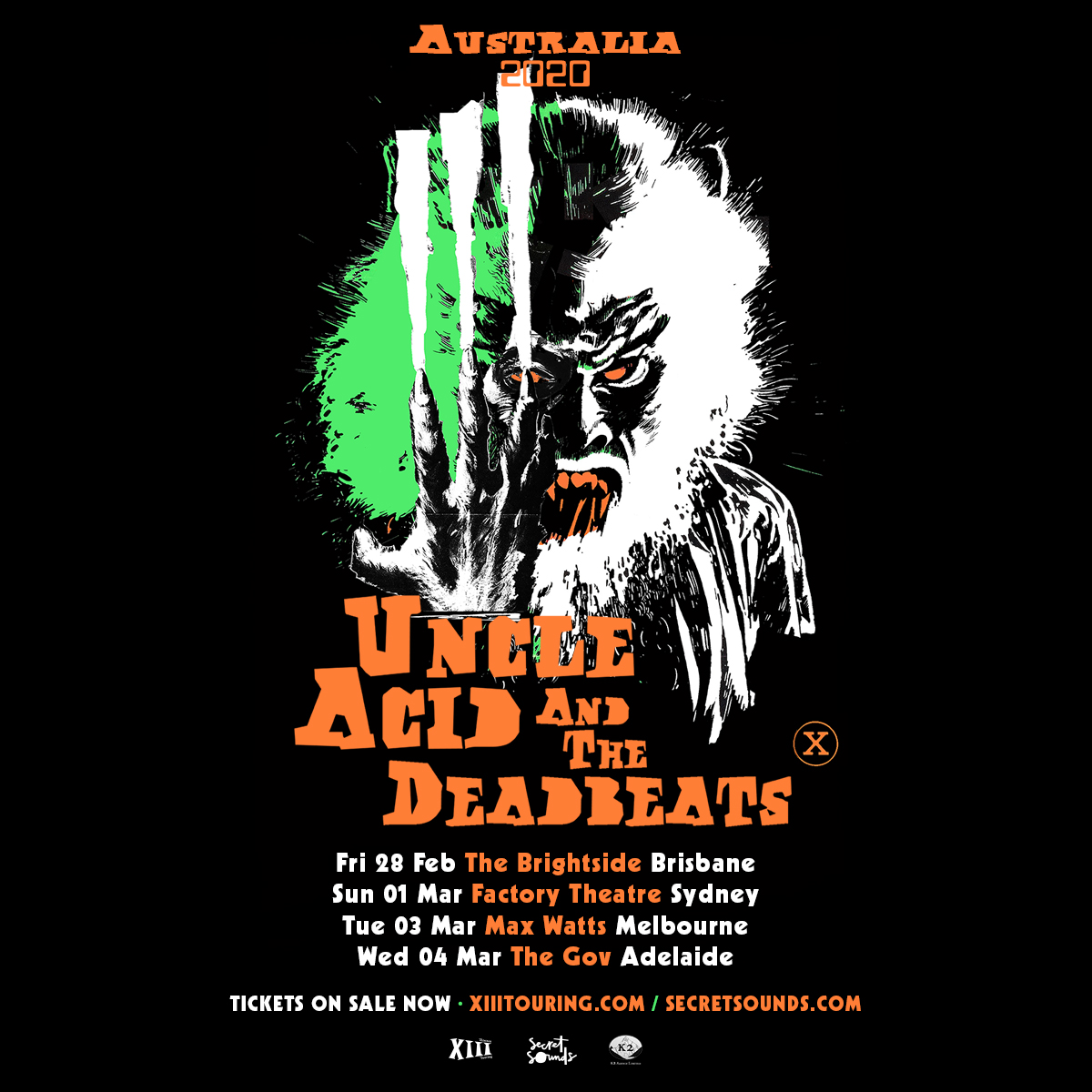 Mind Crawlers you can probably sense it already, the wasteland is calling, Uncle Acid & The Deadbeats have announced their return to Australia in 2020. Amid the shimmering haze of dusk, dates will commence in Brisbane on Friday 28th February at The Brightside. Followed by Sydney on Sunday 1st March at Factory Theatre, Melbourne 3rd March at Max Watts and finishing in Adelaide on 4th March at The Gov.

The brainchild of singer and guitarist Kevin Starrs, Uncle Acid & The Deadbeats have been making extraordinary music since 2009. The bands reputation was swiftly built on towering, riff-driven milestones like 2011s breakthrough opus Blood Lust and it’s warped and wicked follow-up, Mind Control (2013). By the time Starr’s band created The Night Creeper (2015), their mutation into heavy music’s most unmistakable eccentrics was complete.

Fifth album Wasteland, released October 2018, is a powerful cautionary tale, as humanity cheerfully circles the plughole. The album is set in a land where people live in walled cities, under heavy surveillance, cut off and in fear of one and other. In the underworld, there are program discs for the brain that can replace stolen thoughts and allow people to finally think for themselves.

Wasteland glides majestically from punchy psych-rock anthems like I See Through You to the viscous, somnambulant ooze of No Return.

Tickets On Sale Monday 21st October from 9.30am AEDT

“..we’ve dug up the corpse of ’70s power pop, tied it to the back of a van and will now parade it along Main Street. I’m sure people will be delighted that we’re back in town.” Kevin Starrs