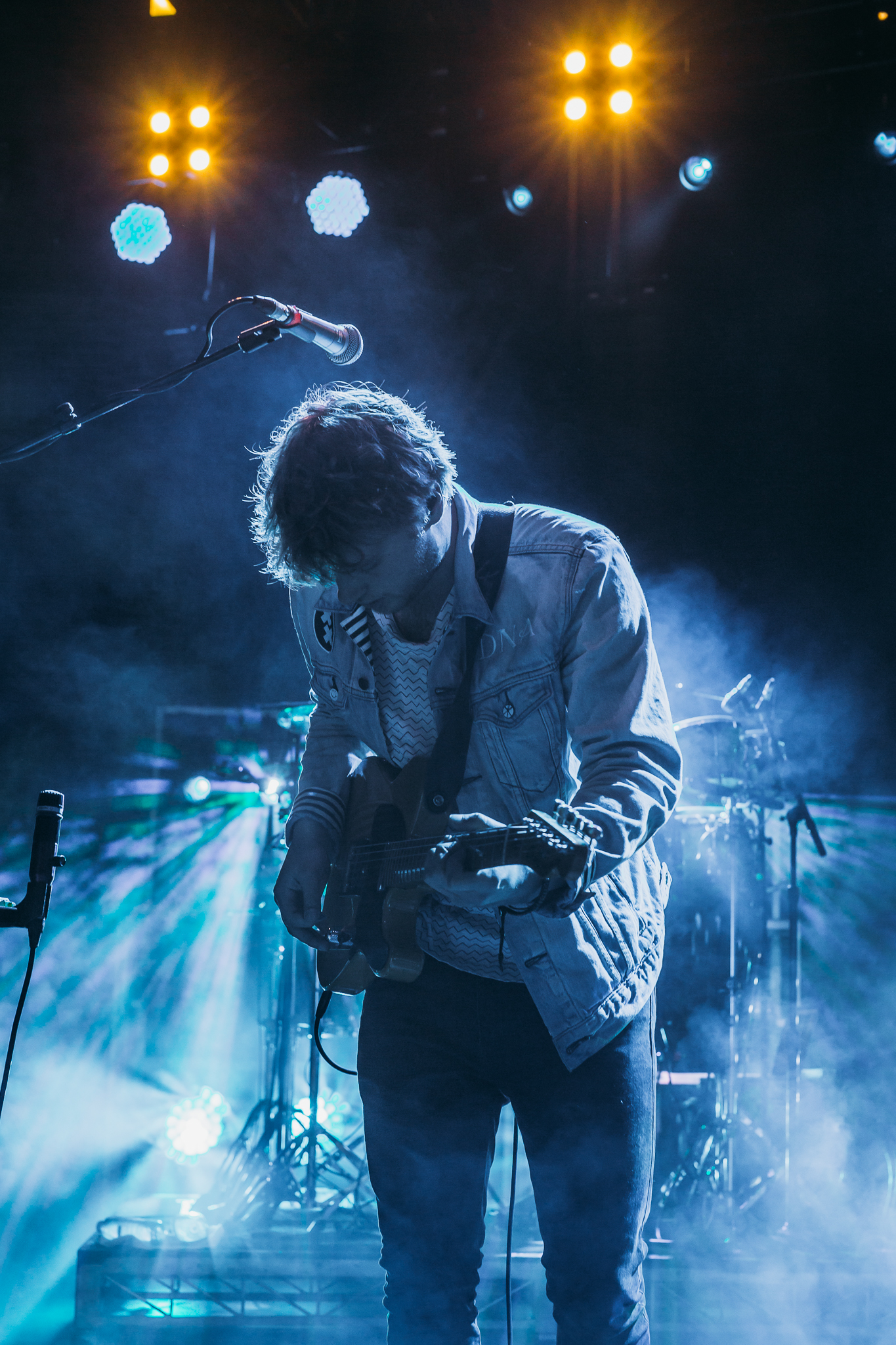 It’s been a little while since we’ve heard from German duo Milky Chance, with their last album Blossom gracing us back in 2017. But just as 2019 is coming to an end, Philipp Dausch and Clemens Rehbein have shared the wonderfully delightful news that we are now being treated to album number three; Mind The Moon.

After sharing their debut album Sadnecessary six years ago, they have now decided to head back to their roots, and have produced a stunning, slightly quirky minimalistic and electronic record. Travelling across the world to write and record, the album follows their journey and the inspiration they found along the way. Being their proudest work to date, Mind The Moon boasts silky production, a huge amount of diversity and leaves you feeling bright and sunny.

Congratulations on the new album, it’s getting very close to the release date now! How does that feel for you both?

Phillip: It feels so great! We definitely think this album is the best one we’ve done yet. We took a lot of time to make it, so we’re just so happy to share the journey we’ve had the past year and a half working on it. We’re so proud to share this, and we’re also really excited to be able to get out there and play it too. 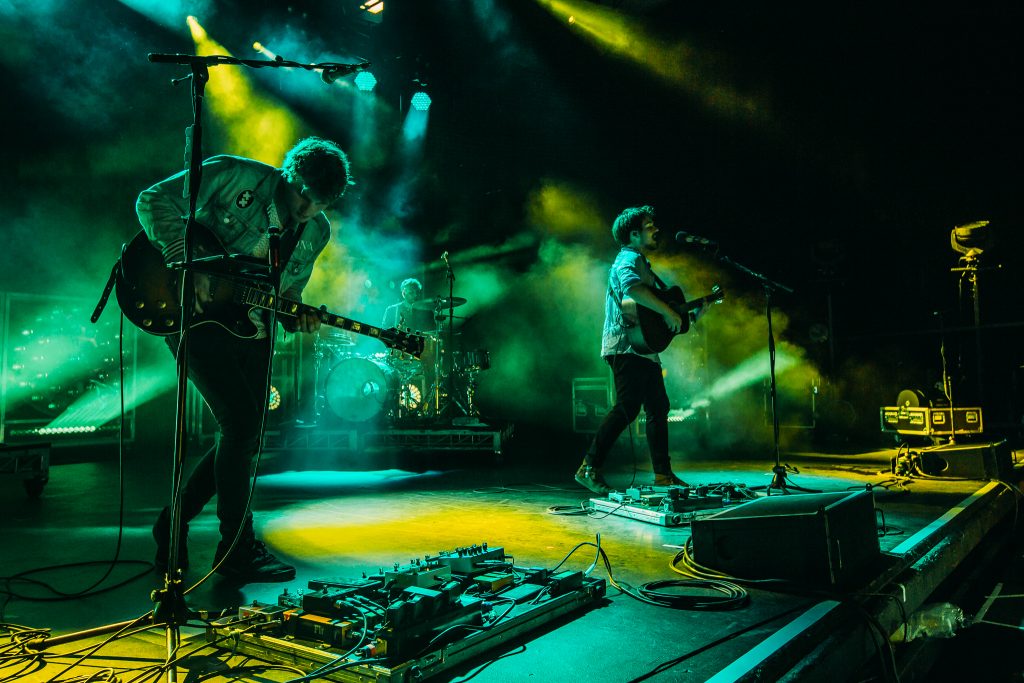 Do you ever get nervous at all before a release, even if it is your proudest work to date?

Phillip: Yeah definitely. It feels like a mixture of we know we’ve done this before, but it’s in a new way this time; it’s new music on a new album, so even though it feels familiar, it still feels very different. So we’re definitely nervous in the lead up to the release. I’m also very excited though.

Yeah it would be exciting! If you’ve been working on the album for a year and a half, that’s quite a big chunk of your life to finally be able to share with everyone. Was there a reason you guys worked on the record for so long?

Phillip: Yeah absolutely, we’re so excited to share this one. Well we stopped touring last year in October, so by then we had a bit of material we had worked on because we are constantly writing, so that’s when we decided to sit down with our producer. That started in January; we were still writing this whole time, we kind of write in chapters. We started in Kassel with some rough mixes in our own studio, just to get things started, then we went to a studio in Italy for three weeks, then we went to a studio in Australia, we went to a studio in Norway and then we went back. So it really was a journey for us, we took a lot of time and had little breaks in between which was so great, and we felt very privileged to be able to work that way. It really gave us space and allowed us to give the songs the capacity to breathe, which I think is important. I mean something good has to grow; some songs obviously come very easy, but we find that the more time we have the result is always a little better.

That definitely makes sense, there’s nothing worse than when you feel like you have to rush to get something done, especially in a creative sense. When you work are you quite collaborative, or do you do things more separate?

Phillip: Very true. We kind of do both. We work and write on our own a lot, but we also so a lot of writing together; it’s a very big mixture of both. It really only depends on whether we are together at a certain time or not, there’s no real reason for doing either, they both work just as well for us. We’re not obviously together all the time so it makes it a lot easier for us to be able to work separately and also together. 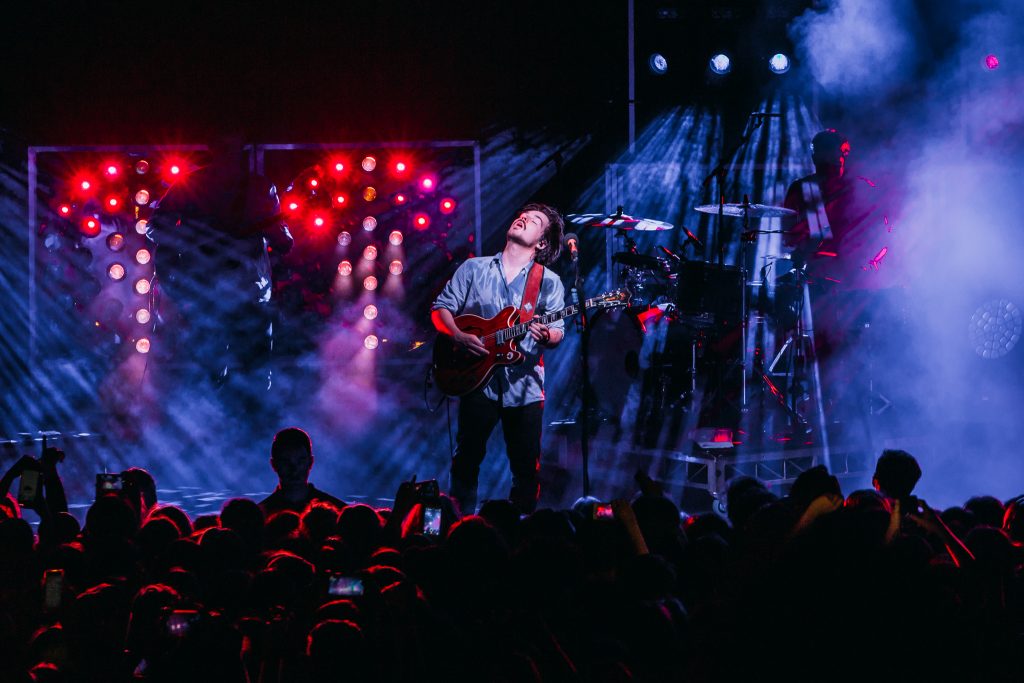 Yeah that’s great you can work just as easily both ways! I’ve listened to the album; it’s so beautiful and sunny and bright, it’s a little bit quirky in places, when you went into making the album did you have a certain sound in mind or does it just happen quite organically?

Phillip: I guess it’s quite natural. We definitely sat down before we started the making the album and spoke about our goal for the end of it and what steps we wanted to take musically. We really wanted to focus a lot on the little details, and we also knew that we wanted to take a step back towards the first album; not in a negative way towards the second album, we just wanted this to be a bit more electronic and minimalistic. So that was our overall musical vision. We also knew that we wanted to go to a bunch of different places to make the record, because we knew we were going to have the time. I think that was the biggest influence on the overall sound of the record; the studios are different, the rooms are different, the instruments are different, the land and people are different. So we thought that would be a good idea for us to do, and looking back on it, I think it was our best idea, because it really helped us to shape the diversity within the album. But it all still happened very naturally. We’re so proud of this album, we really think this is the best record we’ve done. It feels like we’ve taken a step backwards to our roots, but at the same time we’ve taken a step because we’ve progressed on what we’ve previously done and it’s allowed us to produce some of our best work yet.

That’s super interesting, and so nice to hear how proud you are of this album. You guys are heading back down to Australia very soon for Falls Festival, are you looking forward to that?

Phillip: We’re so excited. We did Falls Festival a few years ago and we loved it; it was so much fun. We just love Australia too, and it’s coming up to winter here so we’re super stoked to get out of the cold and come down to Australia to party in the sunshine