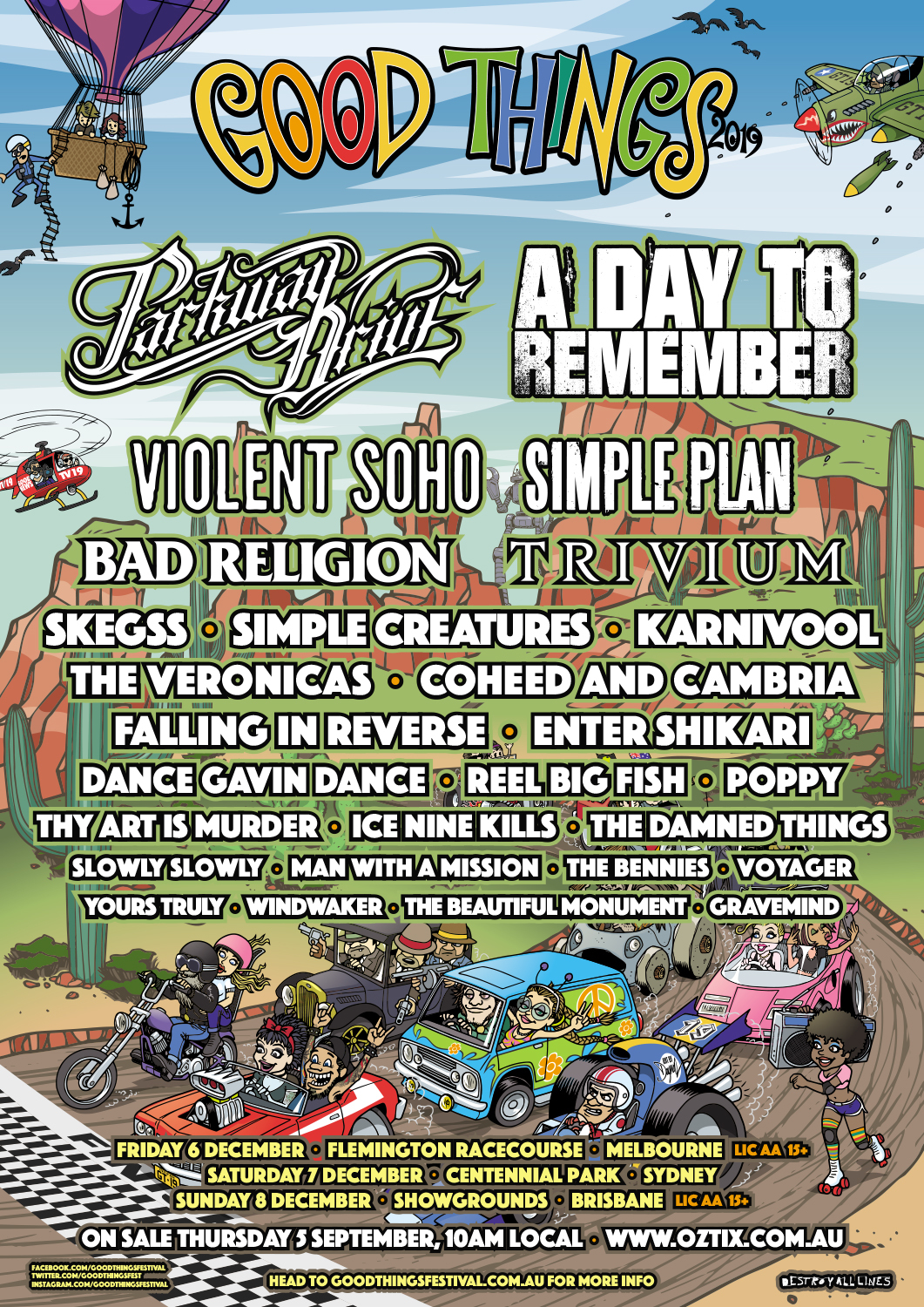 2018 was a HUGE success and now everybody’s begging for more good things to come, and now they are.

Good Things Festival is returning with a gigantic new diverse line-up to feed Australia’s alternative, punk and metal scene for another year. Kicking off the huge line-up we have Australian juggernauts Parkway Drive returning after their recent 2018 ‘Reverence’ Tour to tear up Australian festival stages for the first time since Warped Tour back in 2013. Next up, Floridian heavy-weights A Day To Remember finally heading back down-under after a nearly 4-year wait to hit us with some new tunes off their newly teased album ‘You’re Welcome’ set to release sometime in late 2019 (hopefully before December!).

After 2018’s wicked line-up, we know Good Things had some surprises in store for us and they didn’t let us down; The Veronicas have been announced to woo their Australian fans for what’s set to be an untouchable performance. Along with The Veronicas, viral internet sensation Poppy will be making her Australian debut at Good Things, performing her genre-bending pop, metal, pun & bubblegum hits for us.

Ice Nine Kills & Simple Creatures are also making their Australian debuts this December after what has definitely been a long overdue wait. Also on the list for long awaited returns are UK alternative synth-metal rockers Enter Shikari after unfortunately missing a headline tour for their 2017 chart-topping album ‘The Spark’.

Good Things is also stacked with some huge Australian legends including Violent Soho, Karnivool & Thy Art Is Murder, just to name a few..
Also an incredible chunk of local superstars on the come-up including Slowly Slowly, The Beautiful Monument, The Bennies and death-metal monsters Gravemind.

2019 is set to be a huge run for the festival and hopefully a steady follow-up for what birthed in the heavy-metal and alternative live scene in 2018. Be sure to check it out, imminent side-shows and announcements over on the festivals’ website HERE.