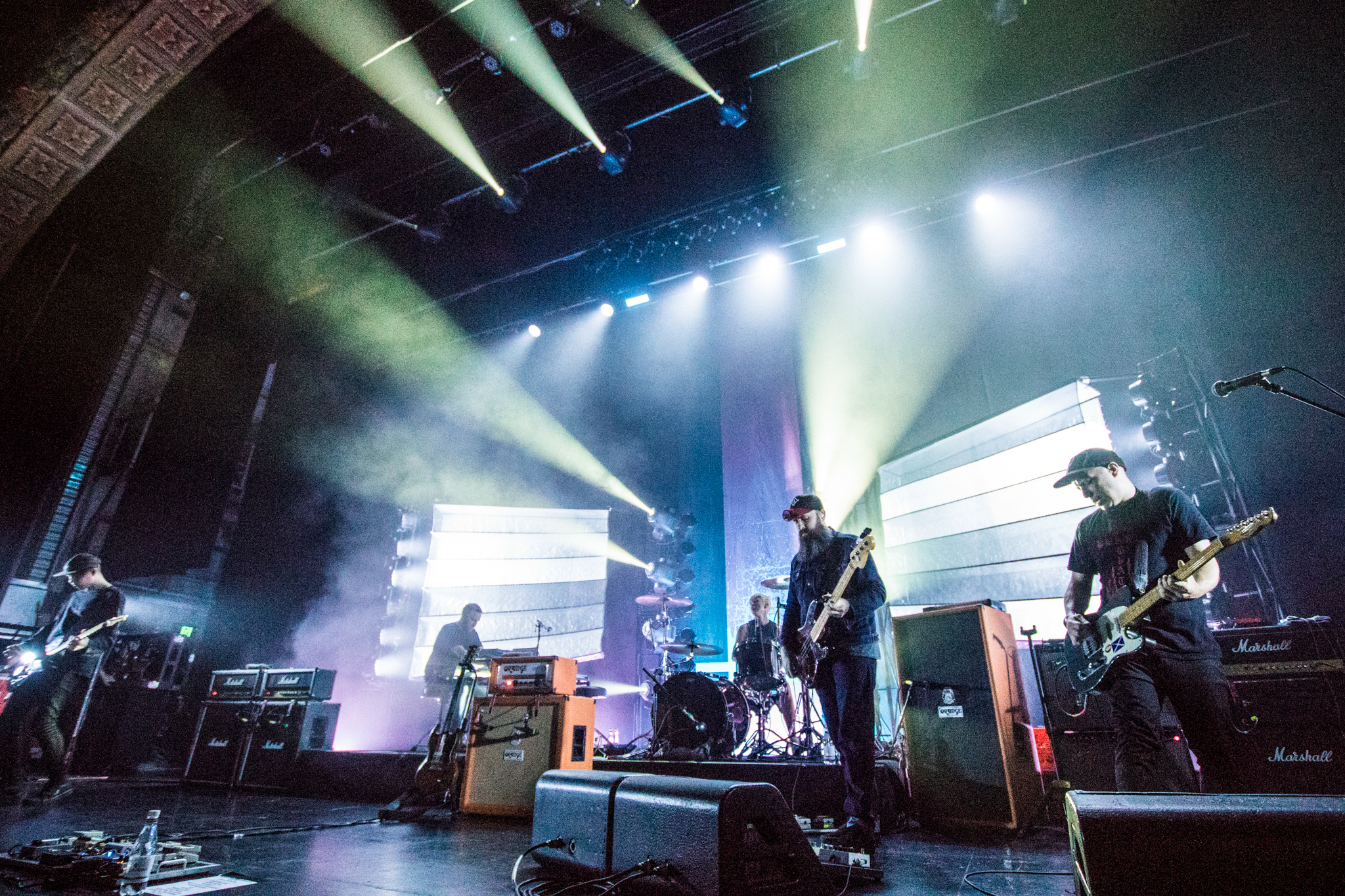 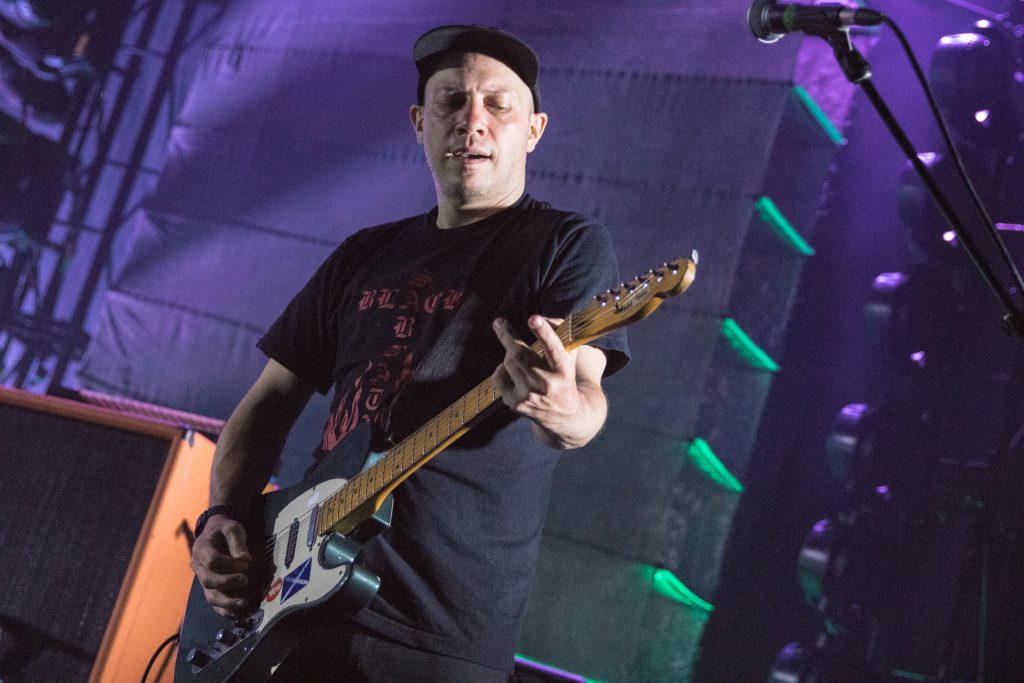 Mogwai is a band of few words. While they kept vocal delivery to a minimum at their Melbourne show on Thursday night, the Scottish five-piece presented the type of building, leaping, and fascinating instrumentals that stretch through your emotions and – very literally – shake you to the core. Witnessing them pull it off live is like visiting the lab for a glimpse at how music works. Truthfully, reviewing them is also a lot like, as the saying goes, dancing about architecture.

The band, over in Australia and scheduled for this weekend’s Golden Plains Festival, brought their two-plus decades worth of post-rock to the Forum Theatre. It was a 12-song set that relied primarily on their 2017 release, Every Country’s Sun.

Whether it was the heavy wash of guitars (from Stuart Braithwaite and Scott Patterson) and feedback that coloured “Rano Pano” or the building and releasing of tension – noticeable, too, through the light show – on “Ithica 27ø9”, the audience was eager for every note and the band was keen to deliver.

It almost seemed like Mogwai came with the purpose of crafting short stories. You’d be forgiven for thinking you were watching a John Carpenter movie, in truth, while 2017 track “Don’t Believe the Fife” could soundtrack an impending alien invasion as easily as it would feel right at home in Strangers Thing. 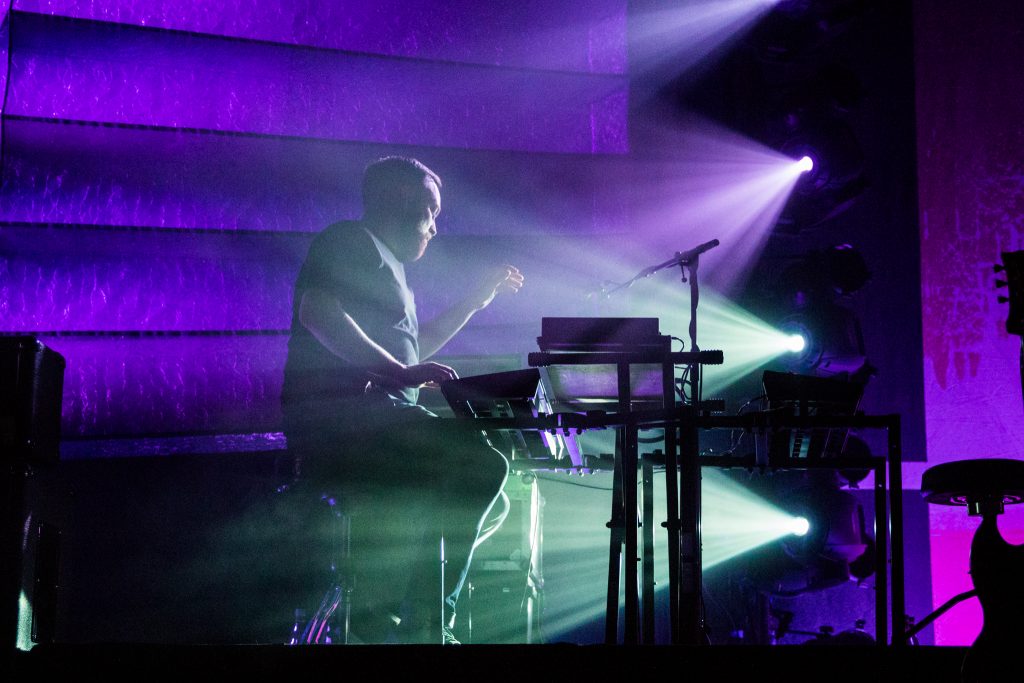 The Hawk is Howling (2008) addition, “I’m Jim Morrison, I’m Dead”, drew a huge response from the crowd. The song would prove loud, forceful, and unrelenting but not wholly unapproachable, a fine balance for the band to strike but one they kept up throughout the evening. While it would have been nice to see them pull off the electronic drums on “2 Rights Make 1 Wrong” live, it was interesting to witness the heavily distorted vocals from Barry Burns – effectively contributing another instrumental line to the mix.

Fifth song, “Coolverine”, was one of the more radical departures of the evening. It saw Mogwai swapping into synth territory, though it was the drumming from Cat Myers (also of Honeyblood fame) that did the heavy lifting.

Mogwai ended the main portion of their set with “Old Poisons” – Dominic Aitchison taking the lead with his bass before giving way to an inevitable (and welcome) three guitar assault. They returned for an encore of “Remurdered” and “Mogwai Fear Satan”. The latter provided a mid-section comedown before it morphed into a final assault on all fronts. The members left the stage one by one, leaving Melbourne in a wash of feedback: a test of patience to see how long fans would wait and watch a cleared stage. If you’re curious about the answer to that: until the house lights came on and a roadie came out to unplug the guitar. Even then, people lingered, clearly lost in their own introspections on the night.

The way everything was presented and delivered, I’d argue that this band has grown into a testament to the Internet age. There’s humans behind the noise out there and, with so many different forms of it available to everyone, Mogwai has been able to cross genres and appeal to fans of things like prog-rock and indie electronics. It’s nice to witness and it’s also nice to stand in a room full of music nerds (an affectionate term, for the record) who can appreciate what they trade in.
In short: See Mogwai. Take earplugs. Expect your ribcage to shake. 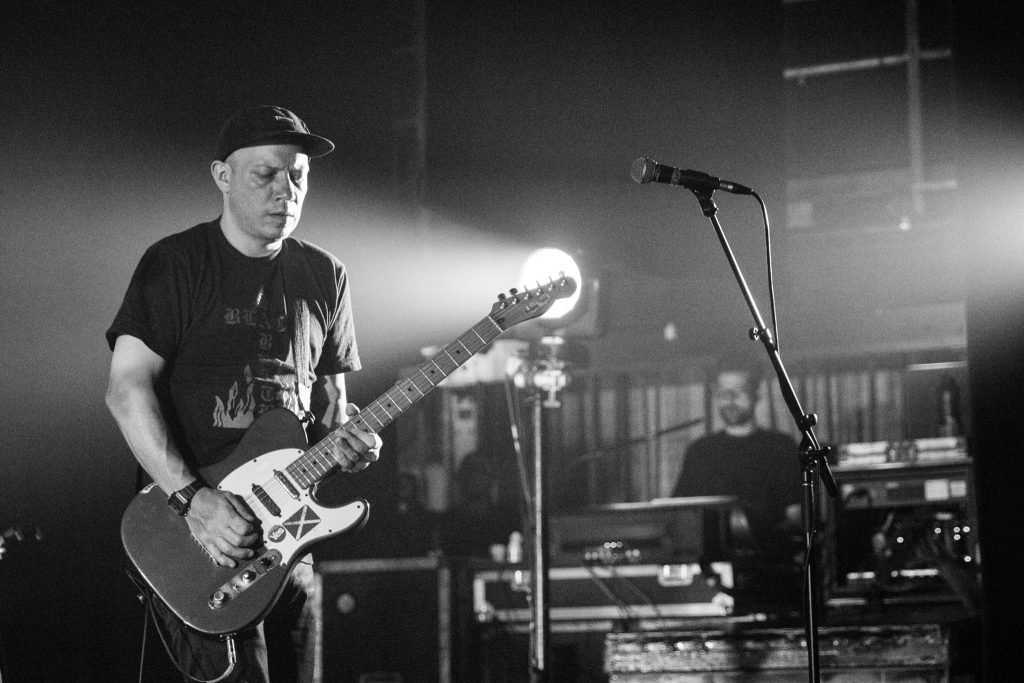 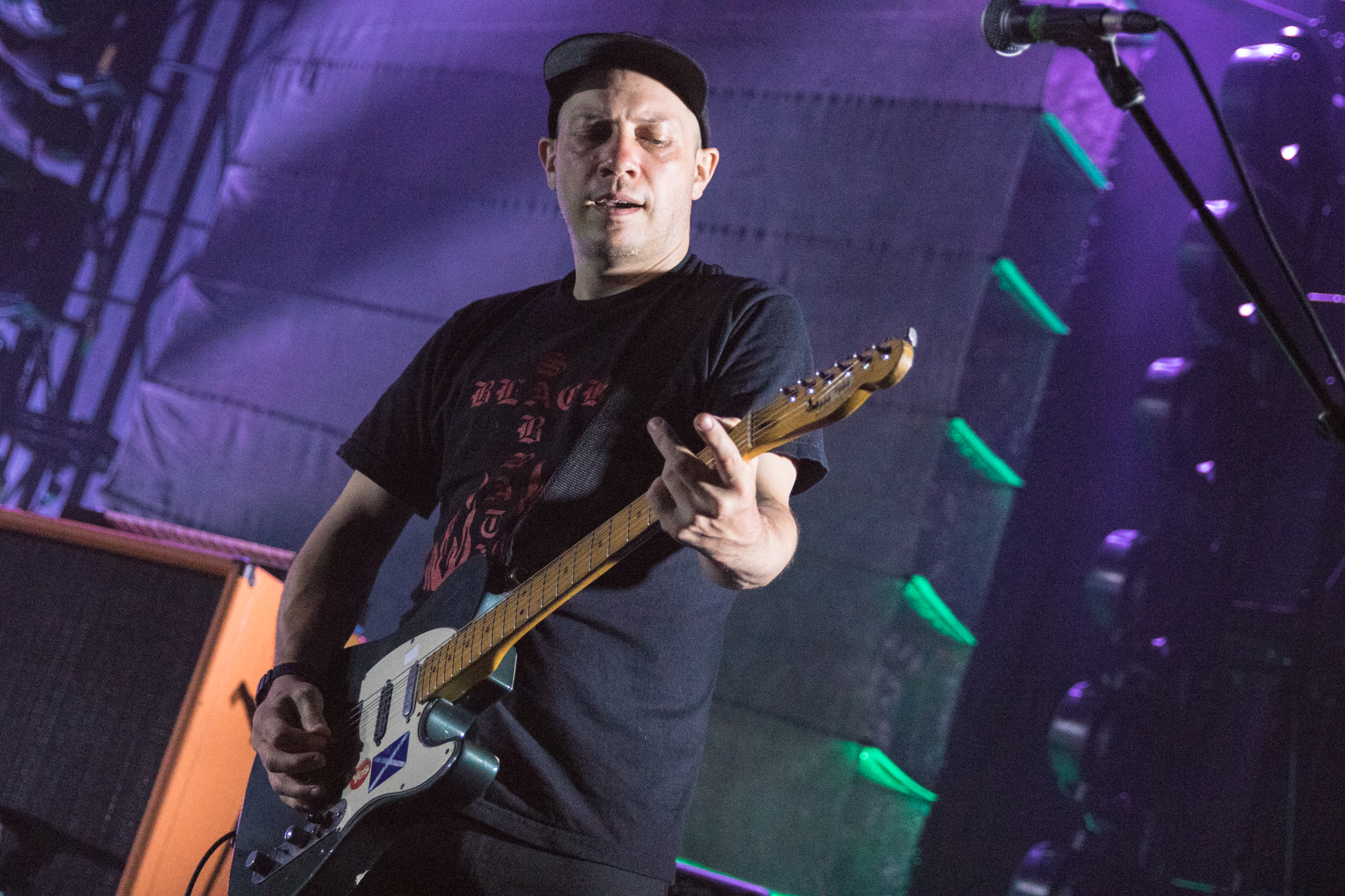 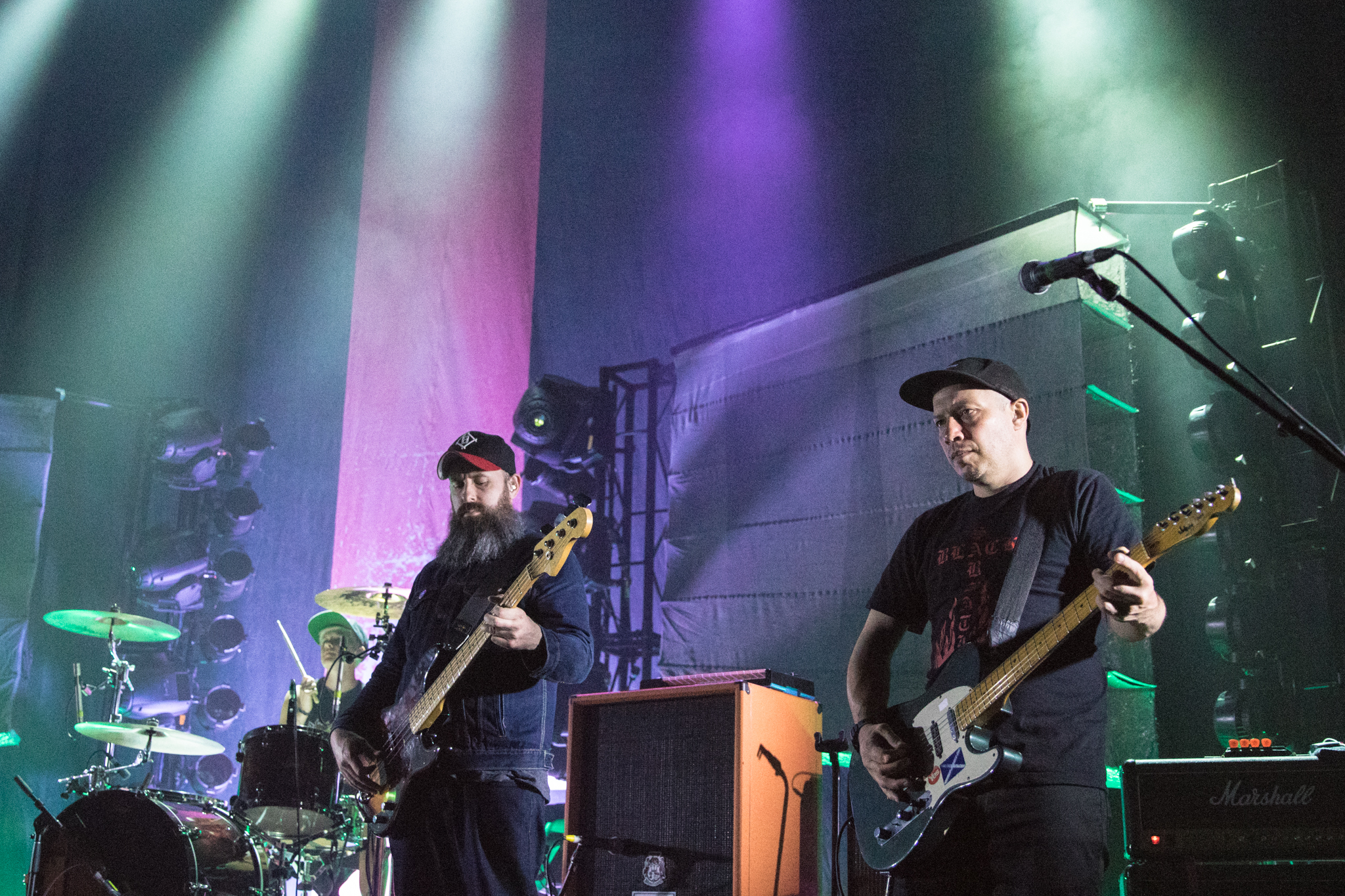 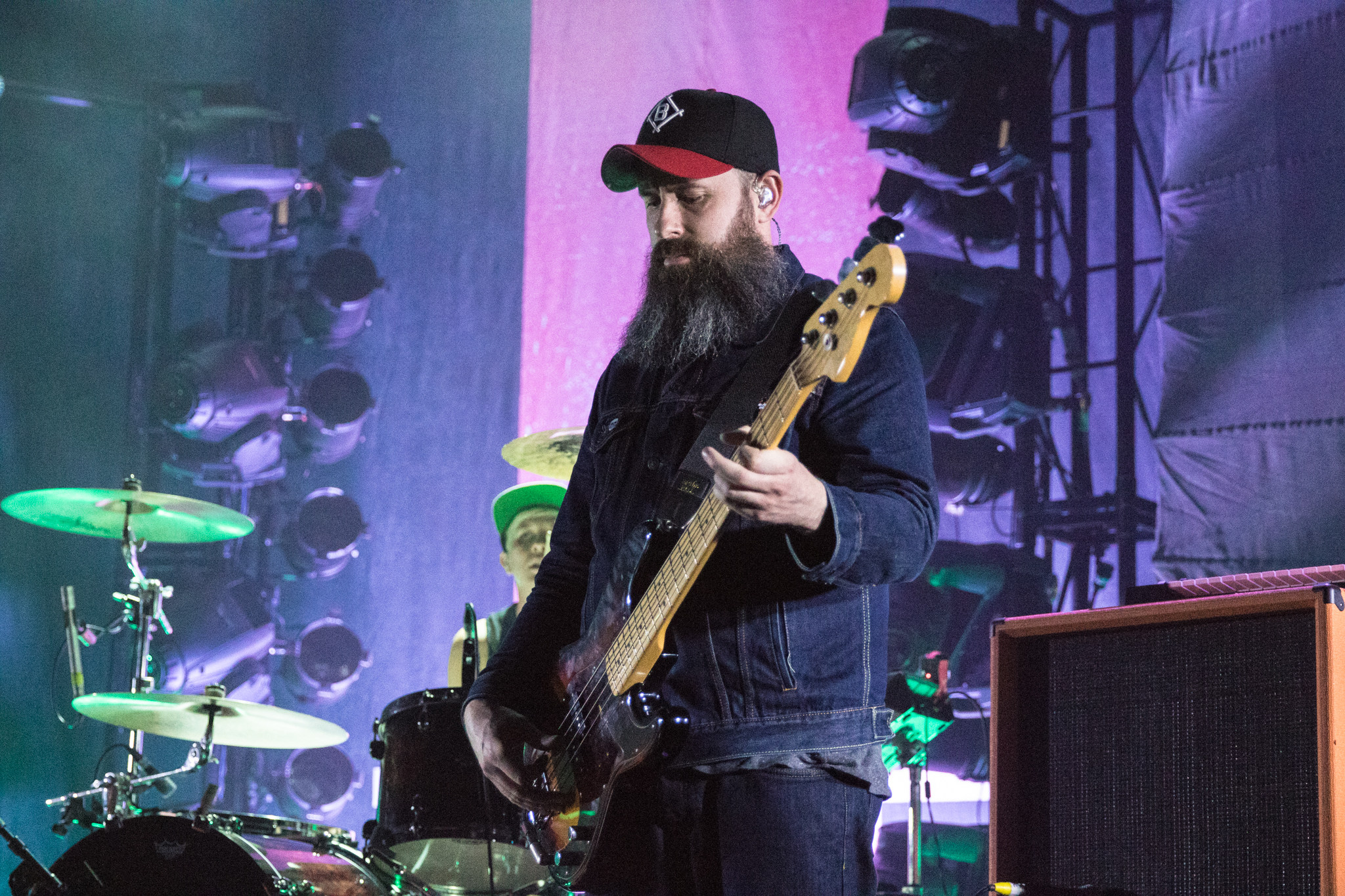 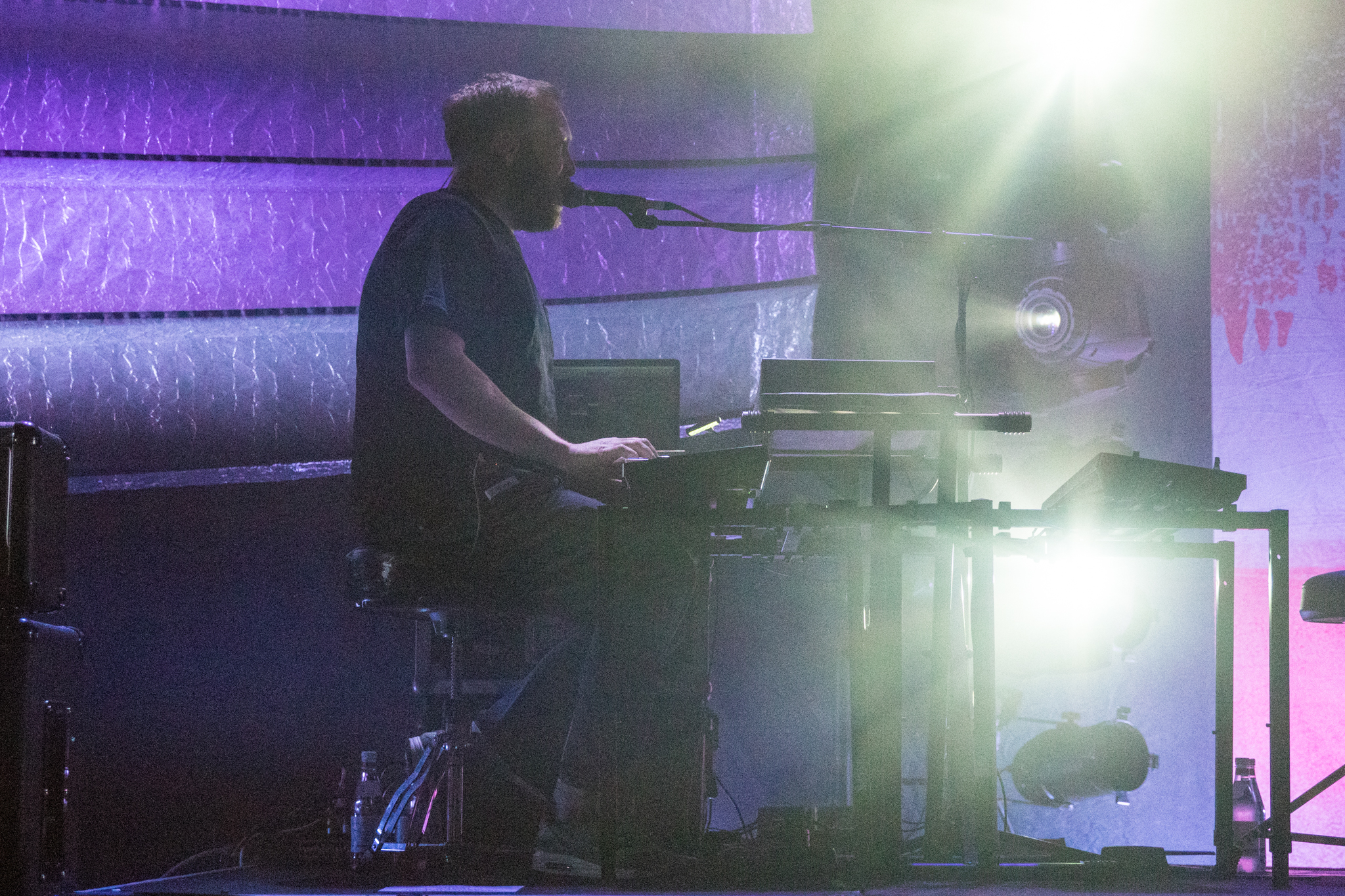 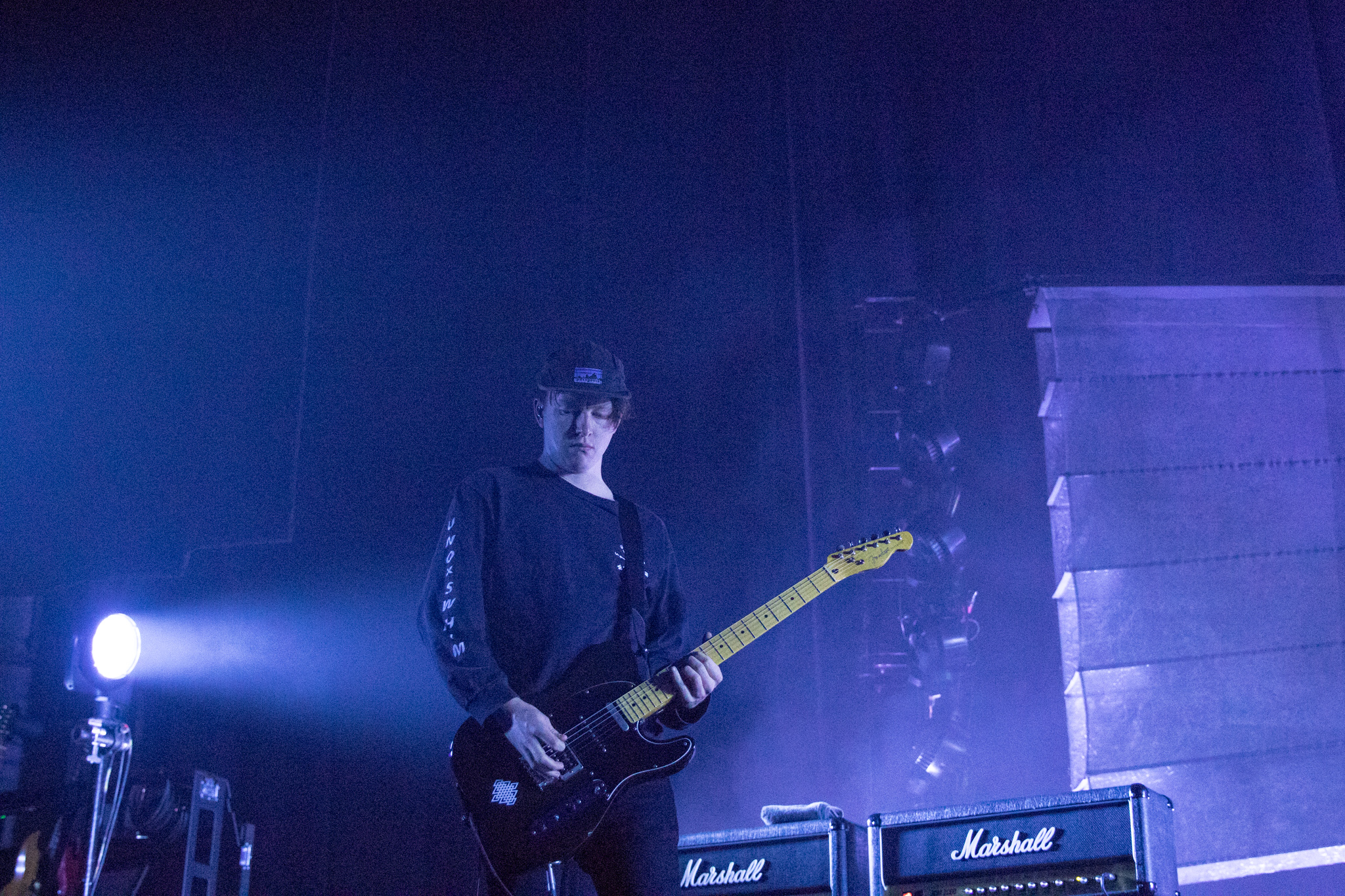 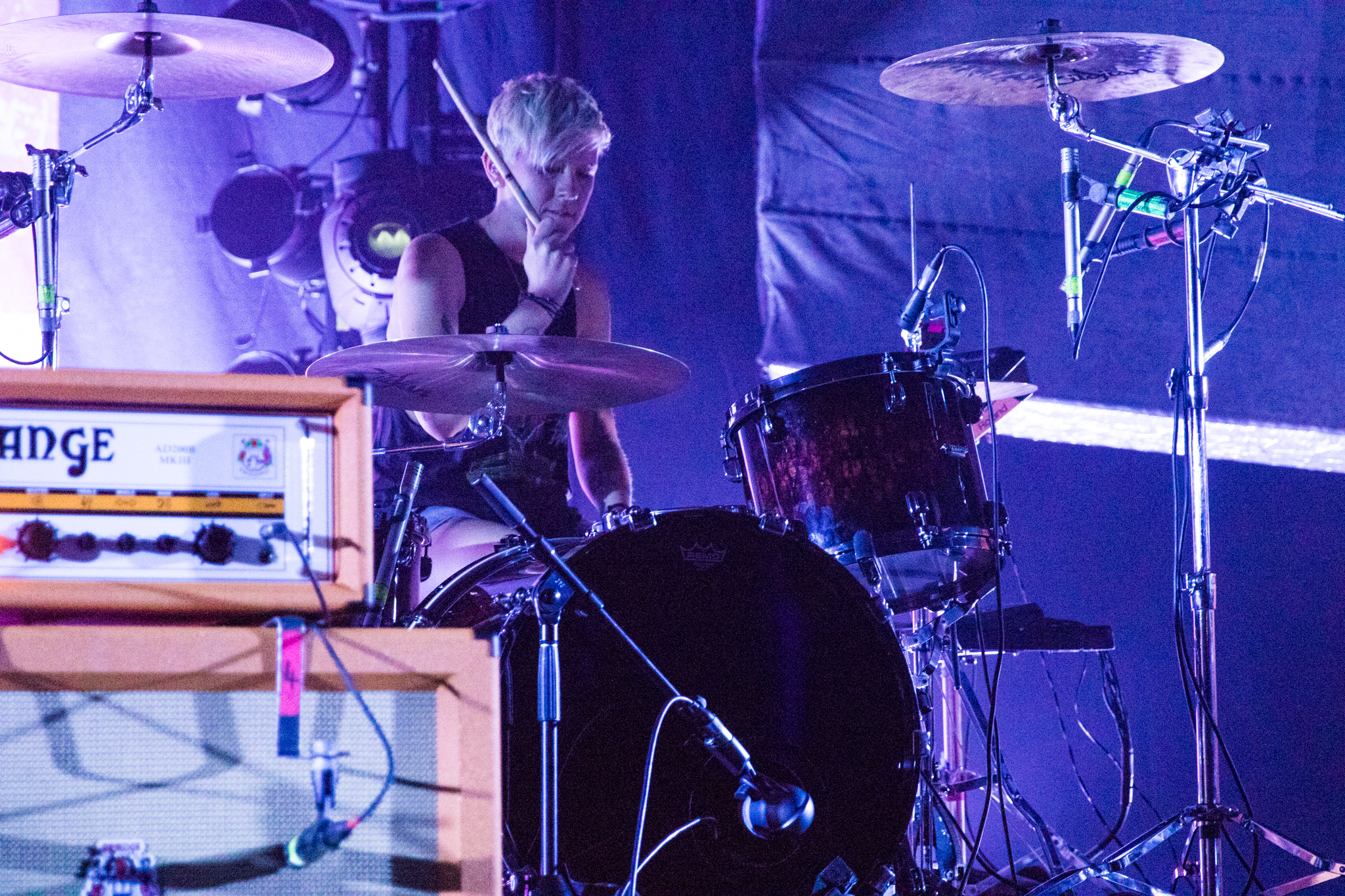 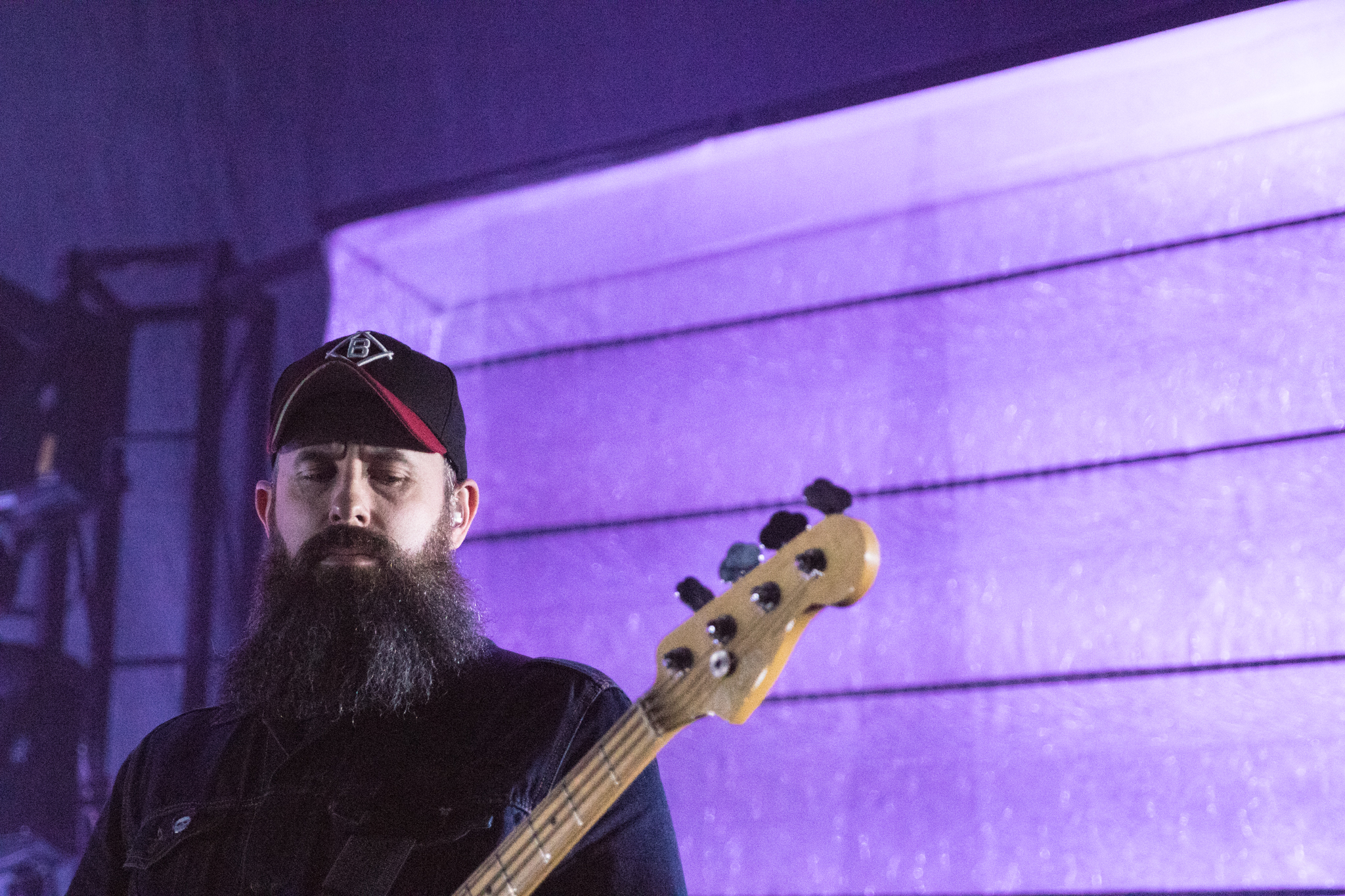 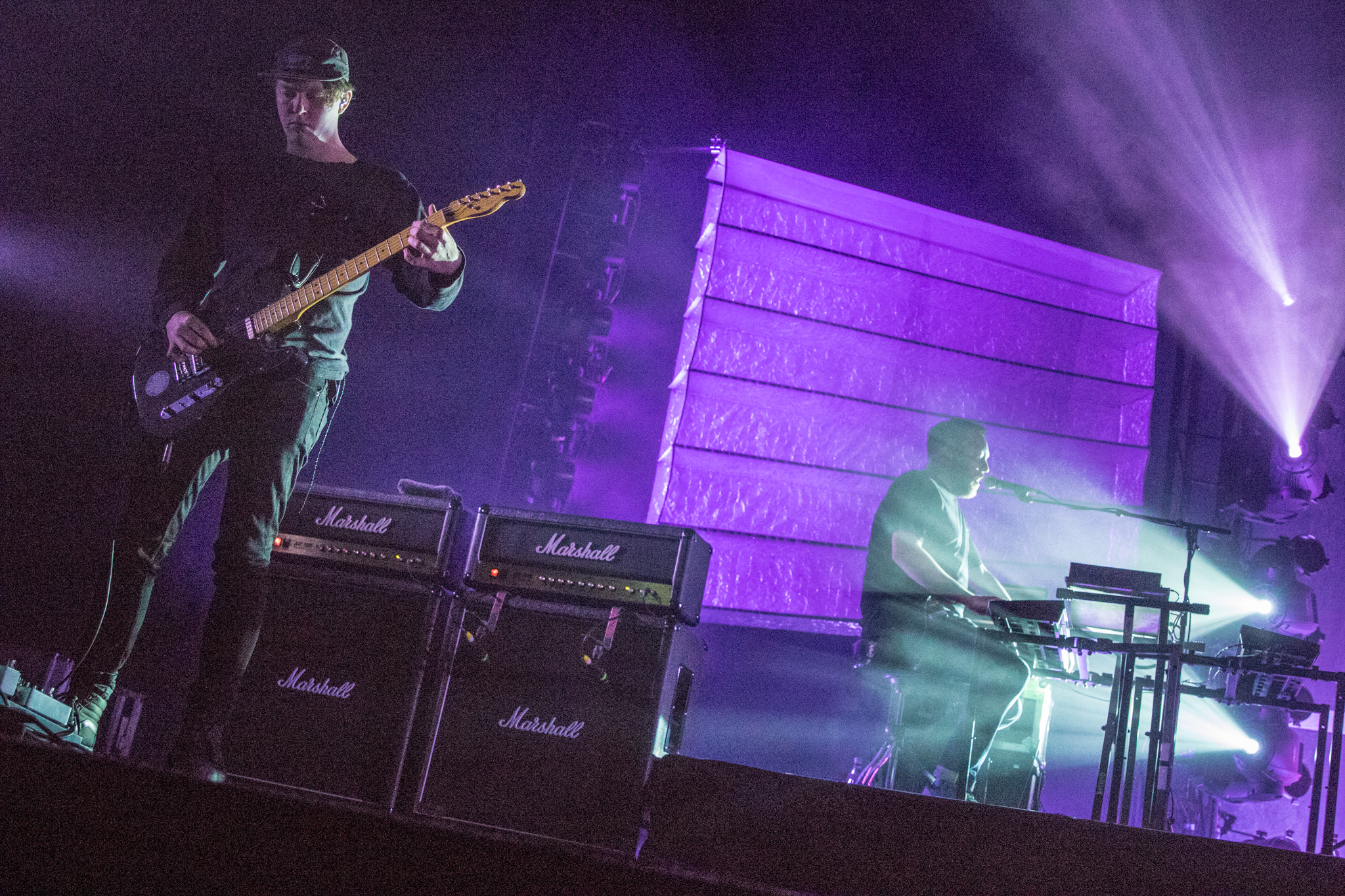 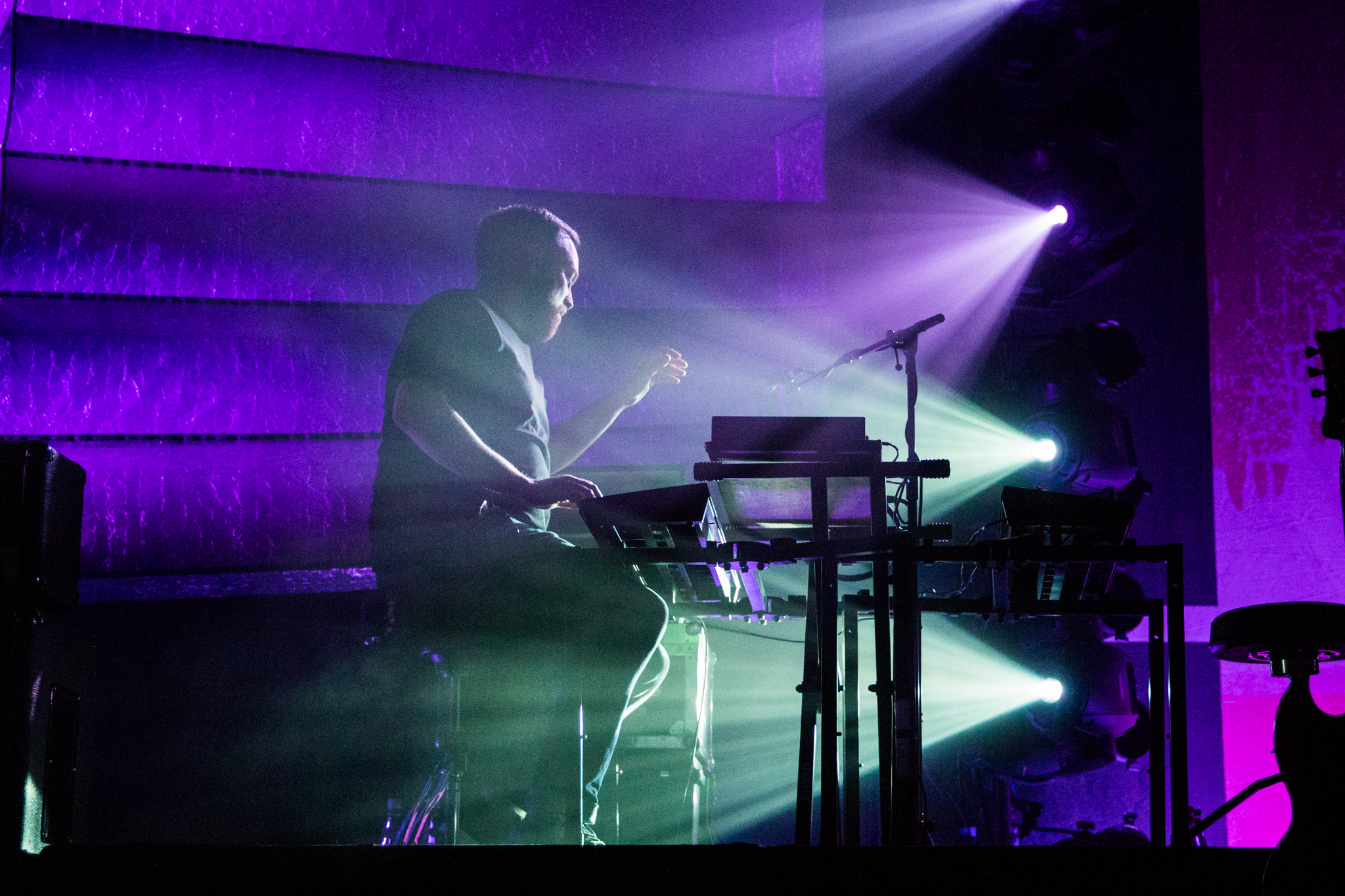 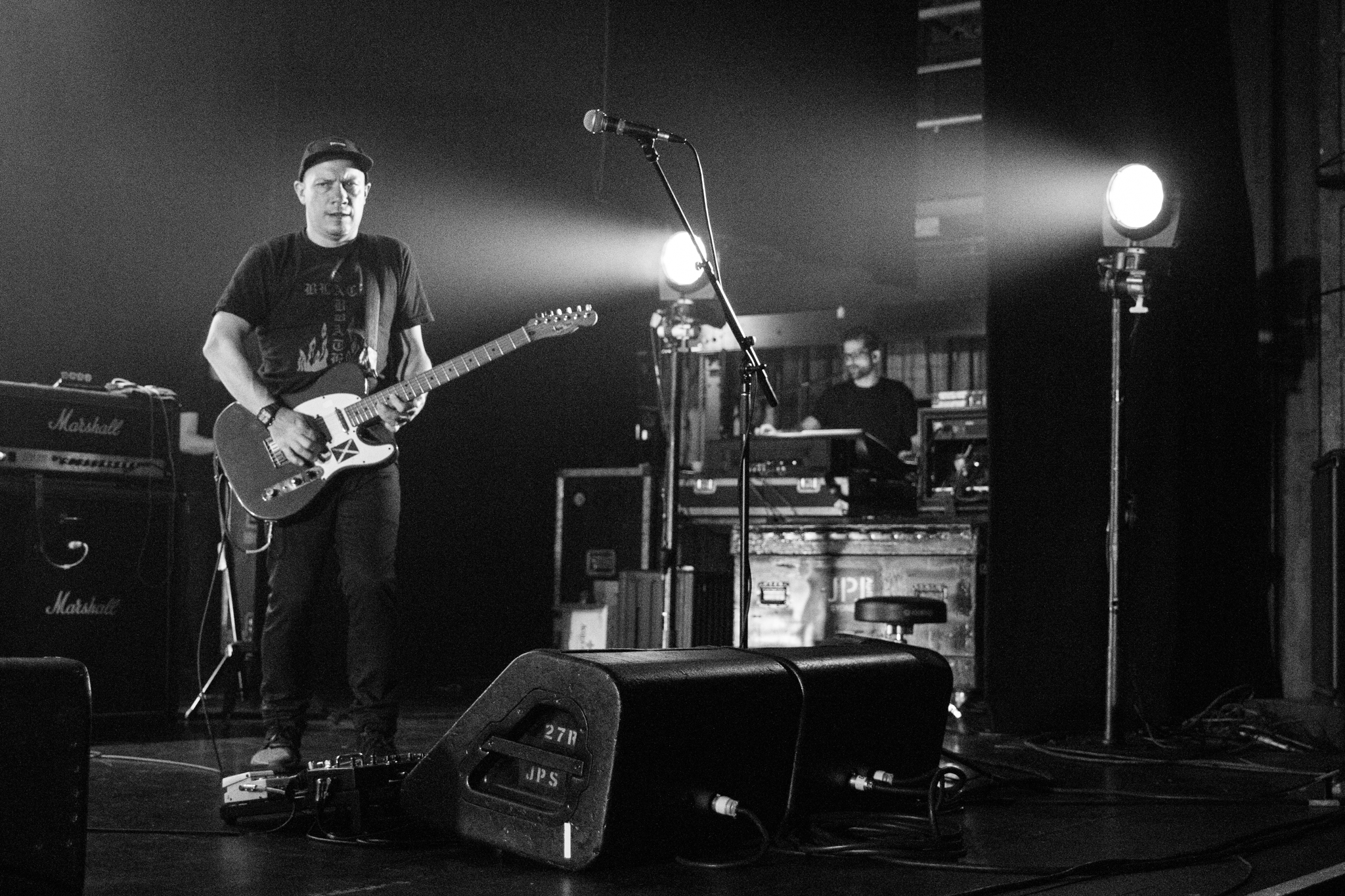 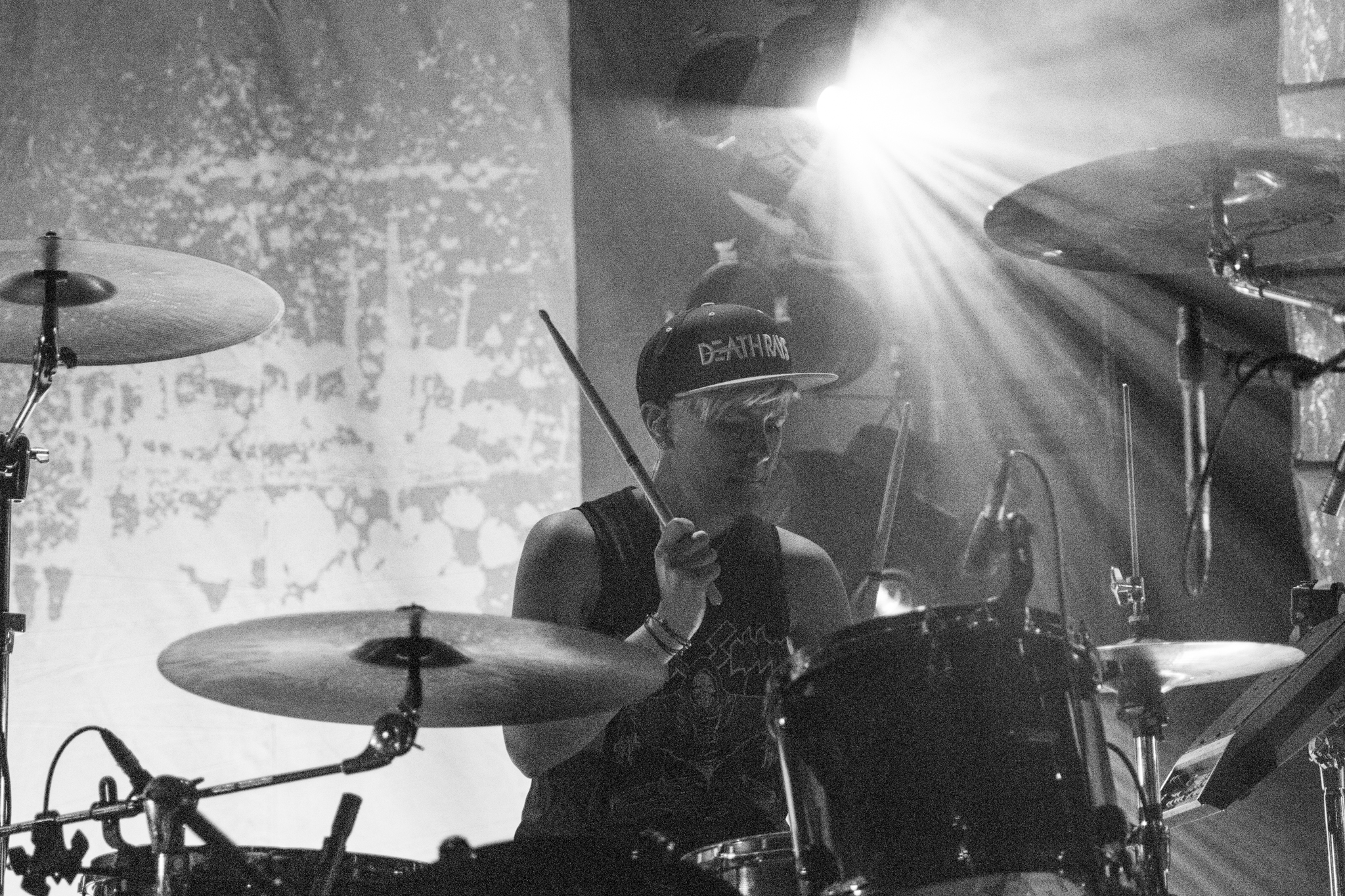 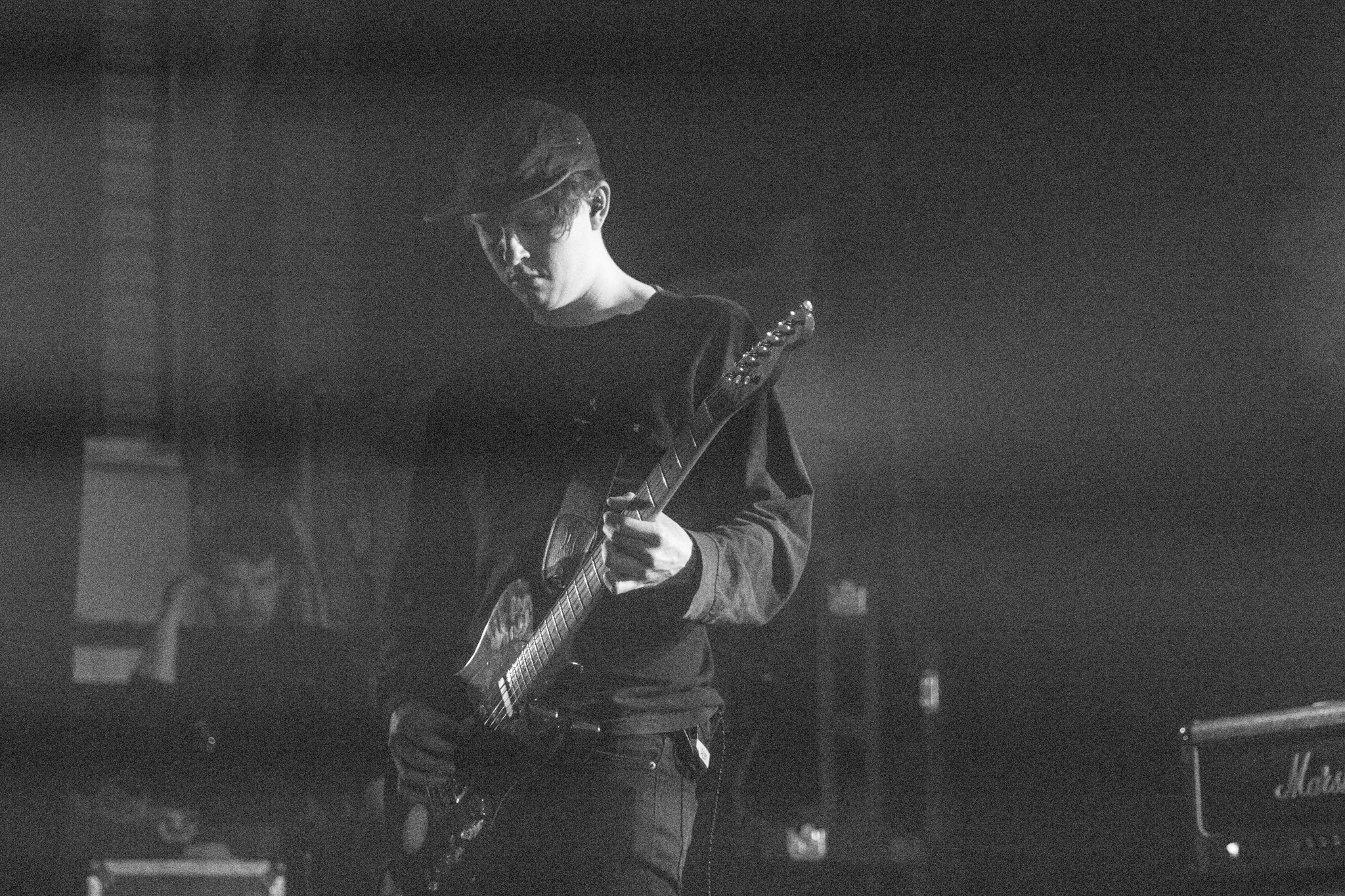 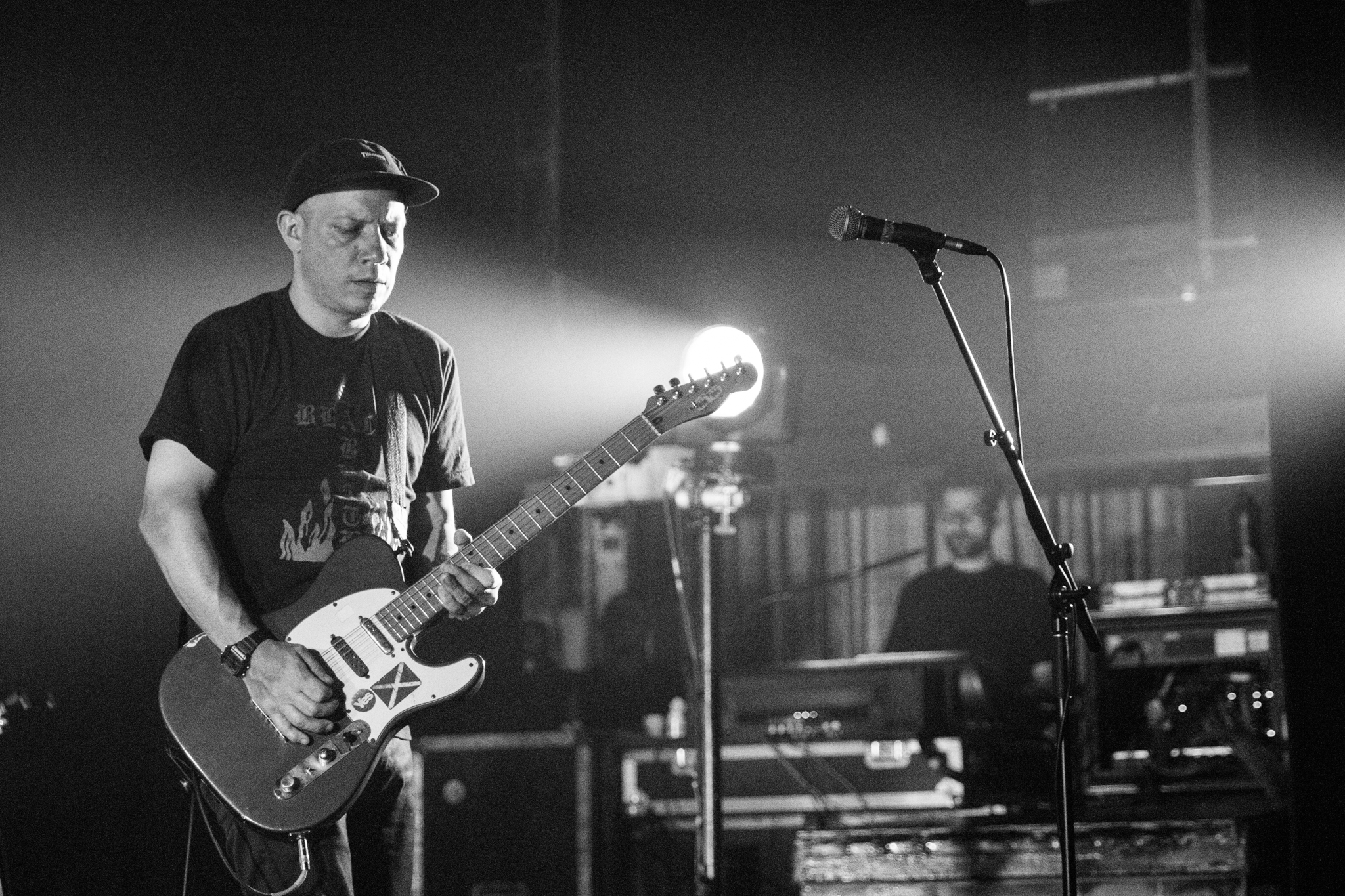 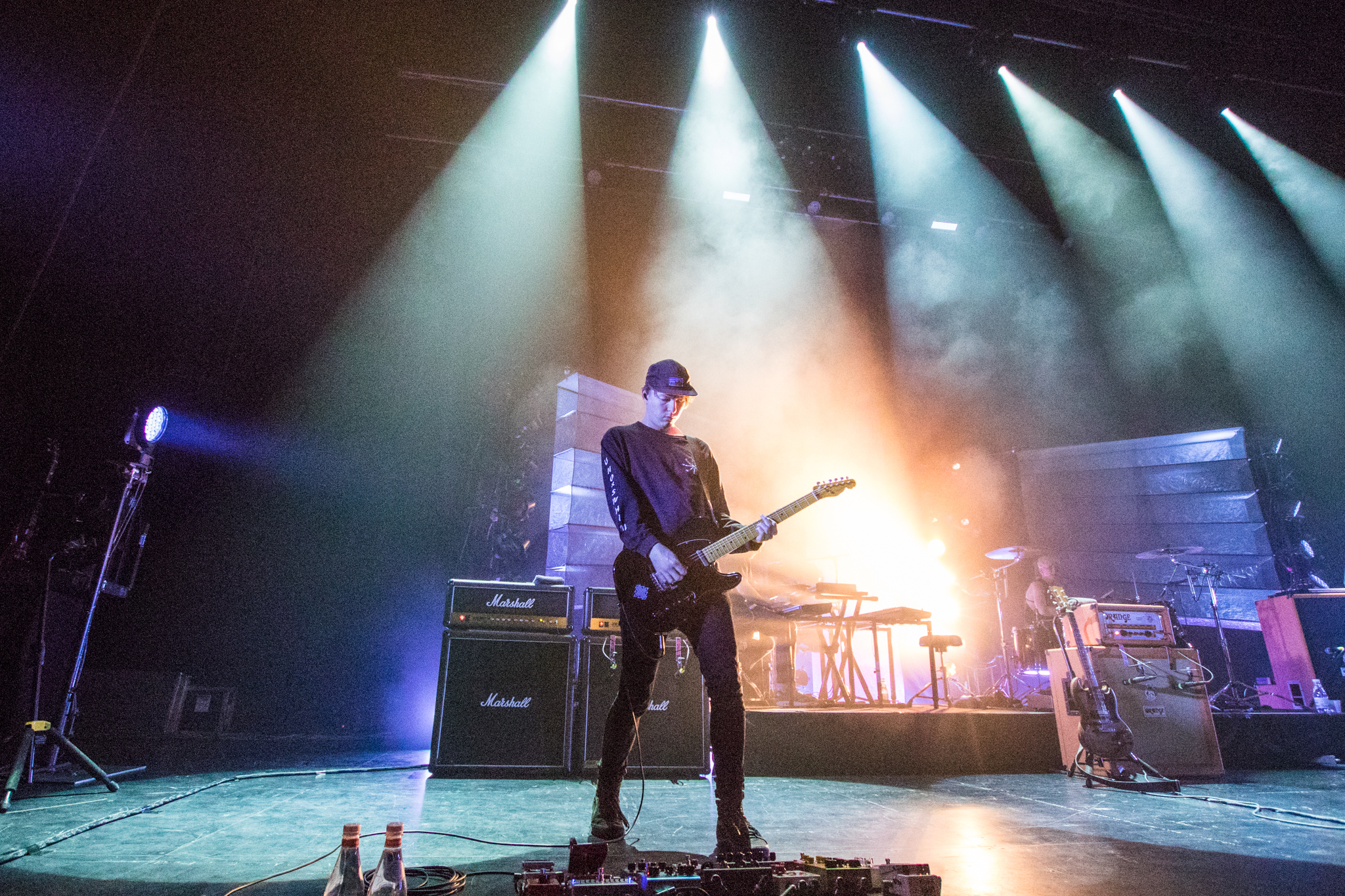 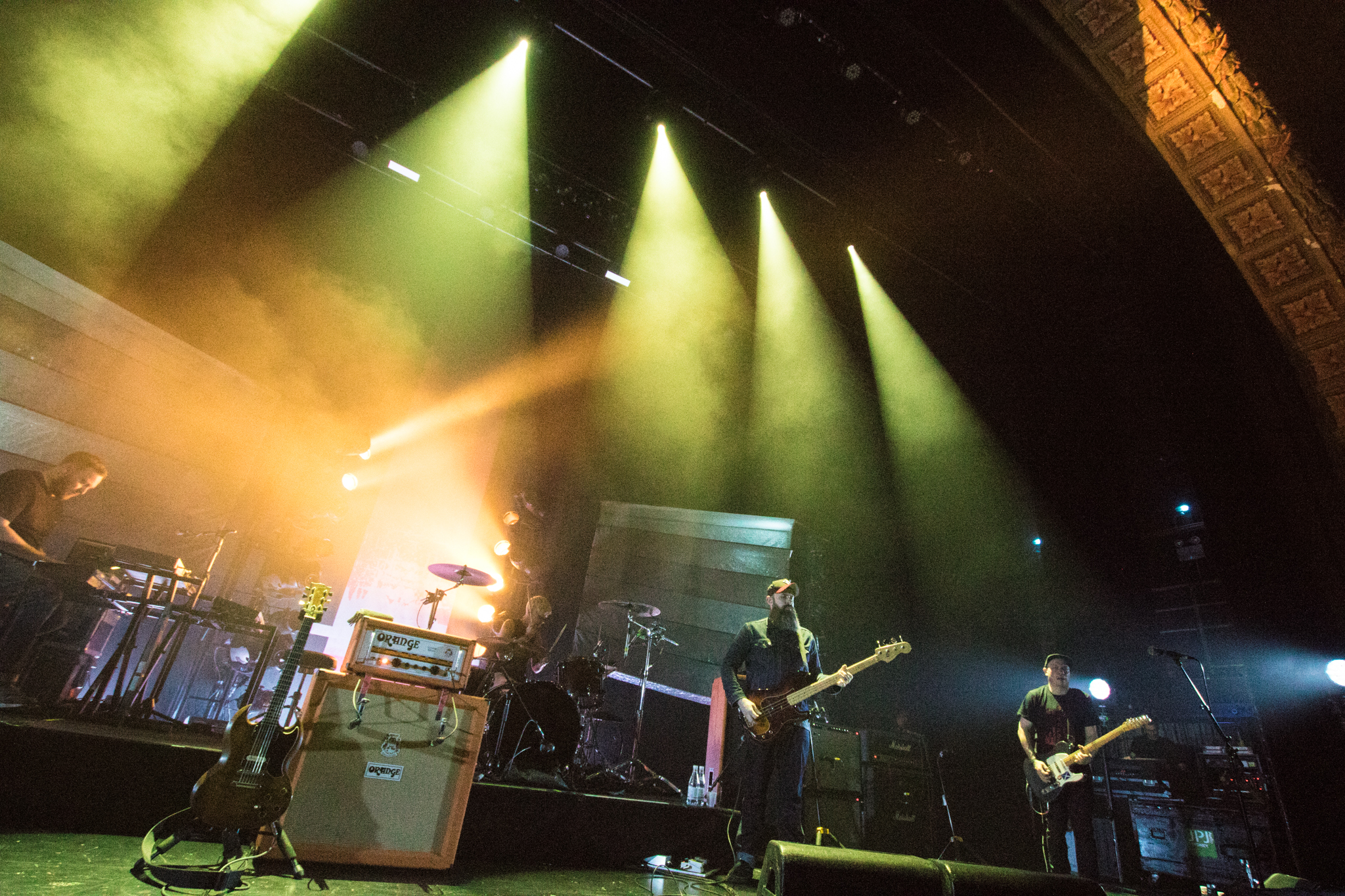