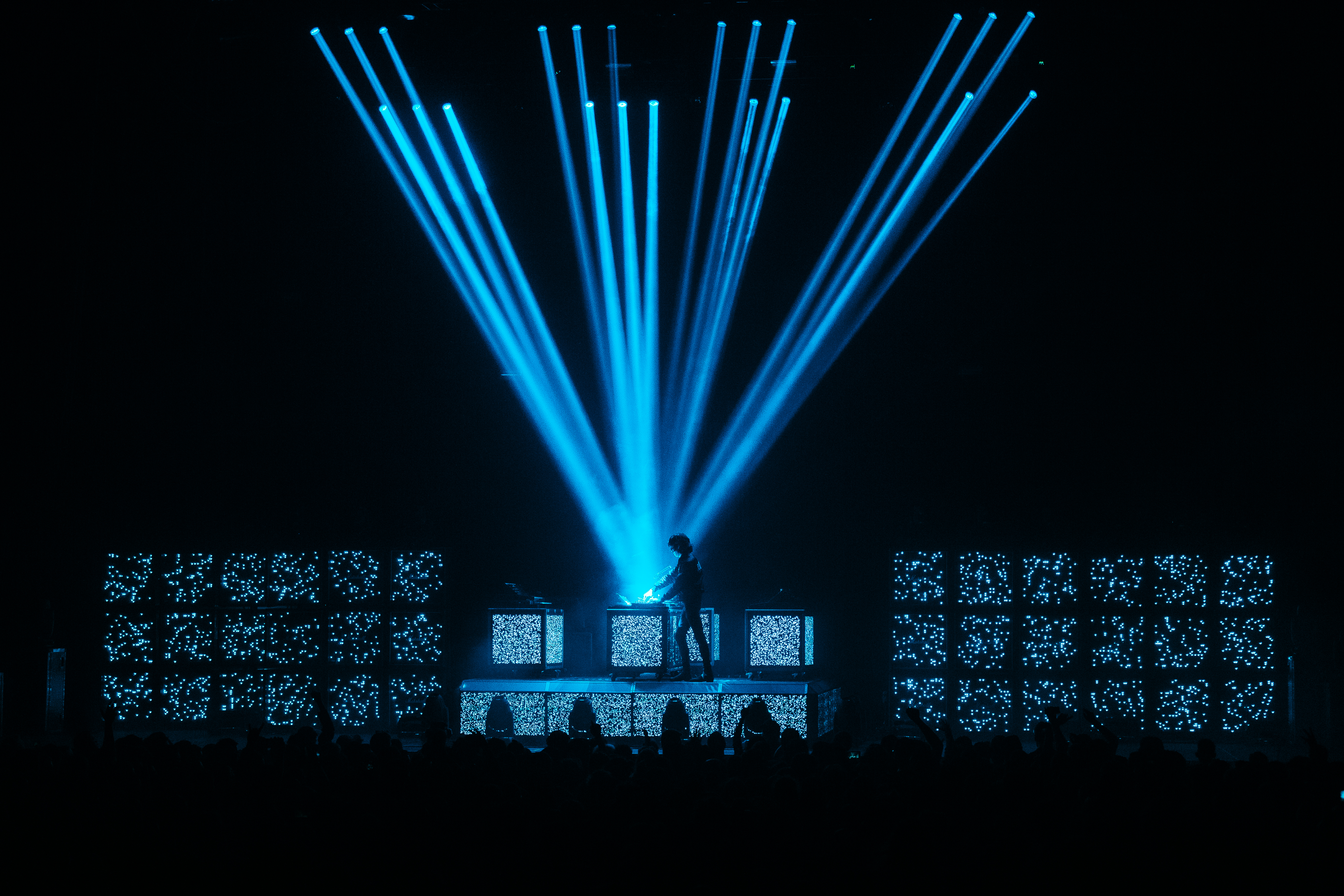 Written and photographed by Alex McGregor 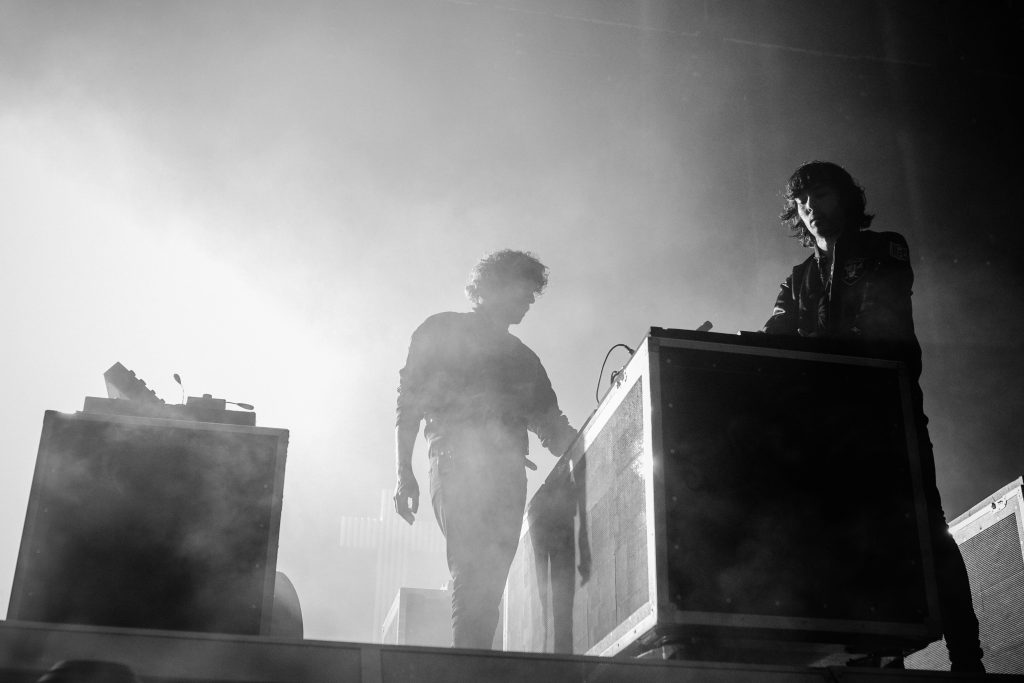 Thousands of excited and dedicated fans packed themselves into Margaret Court Arena on Thursday night, who waited in eager anticipation for the appearance of French electronic music duo, Justice. The untouchable purveyors of electro-disco treated their Melbourne audience to an exclusive and electrifying experience after headlining at Sydney City Limits in Centennial Park just a week prior.

Off the back of releasing Woman, the Parisian wizards brought forth a larger-than-life stage set up that made their show appear more like a stadium rock concert, especially with the stack of Marshall amplifiers accompanying the pair on stage. As the final touches to the stage were made, it appeared that many fans were, in fact, rather religious in their following of every move the Parisian pair had made over the past year and over the course of their career. Rumours of a great lighting rig and past live appearances were whispered among attendees as they patiently waited for the duo to grace the stage.

Soon after the duo opened with Safe and Sound, the show quickly picked up pace and provided fans with a sensory overloaded and highly engaged concert experience. The whispers of a great lighting rig were also made apparent, from moody scenes that appeared simple and stripped back where only a white coloured cross would light up and dwarf the pair from behind, the lighting would soon ramp up into heart-pounding and seizure-inducing, balls-to-the-wall strobe sessions to accompany the more powerful parts of their setlist, including Phantom Pt. II. There was also other notable moments, including the delicate and well executed lighting of the LED Marshall amplifier stacks that accompanied the pair on either side of the stage. 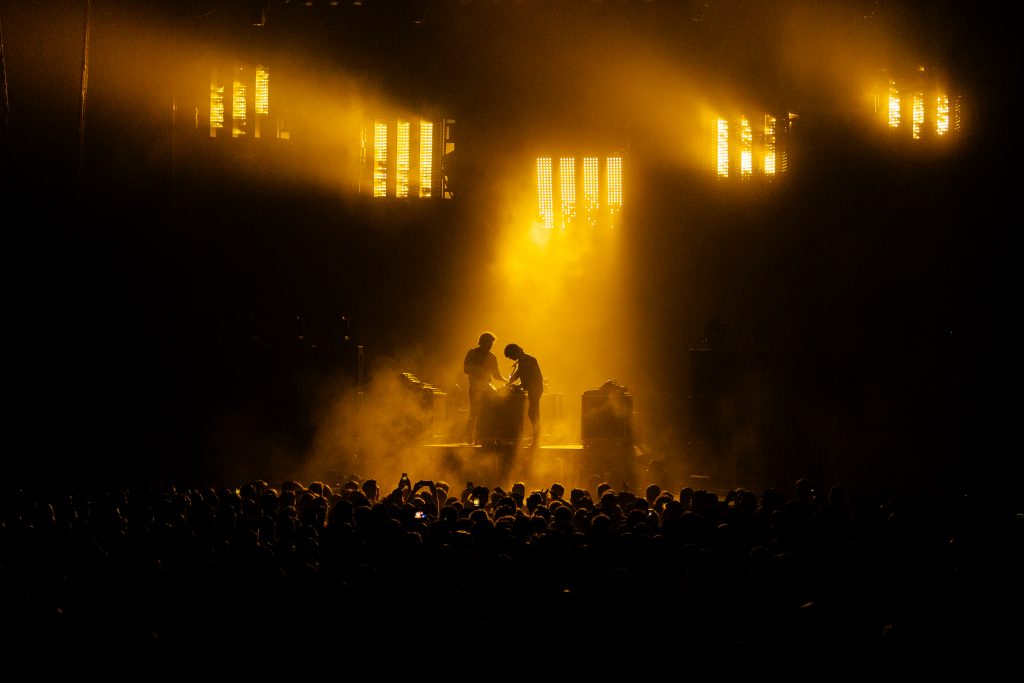 All throughout the night, the audience devoted every drop of sweat and ounce of energy to their French messiahs as Gaspard and Xavier immersed and mesmerised fans further into their captivating visual show to accompany the duo’s thumping bass lines, seraphic vocals and euphoric string elements of a thoroughly curated set, which included a mix of tracks from Woman (2016) as well as staples from beloved albums Cross (2007) and Audio, Video, Disco (2011).

The air filled with anticipation after the duo played Waters of Nazareth, where Gaspard and Xavier both stepped away from their musical thrones and stood still, glaring into the wails and howls of their cult-like following, time seemed to stand still, but before the suspense had become too much the duo, without saying a word, decided to launch straight into their sing-a-long hit We Are Your Friends. This part of the show almost seemed like a bizarre twist on a typical concert encore, but if it were to be an encore it was bound to be an extremely impressive finish, using up the last of the audience’s energy reserves to sing and chant along to the melodies and visual accompaniments to the final instalments of their set.

Proving that there is not party like a Justice party the duo’s actual encore then followed, where they both hurried off the stage and up into the stands, where an intimate DJ desk had been setup, ready for the pair to finish off their stellar performance. This included Stop and was quickly followed up by the fiery track D.A.N.C.E Part 2. This marked a euphoric close to a memorable and unforgettable night for Gaspard and Xavier’s devoted Australian fanbase.

Written and photographed by Alex McGregor 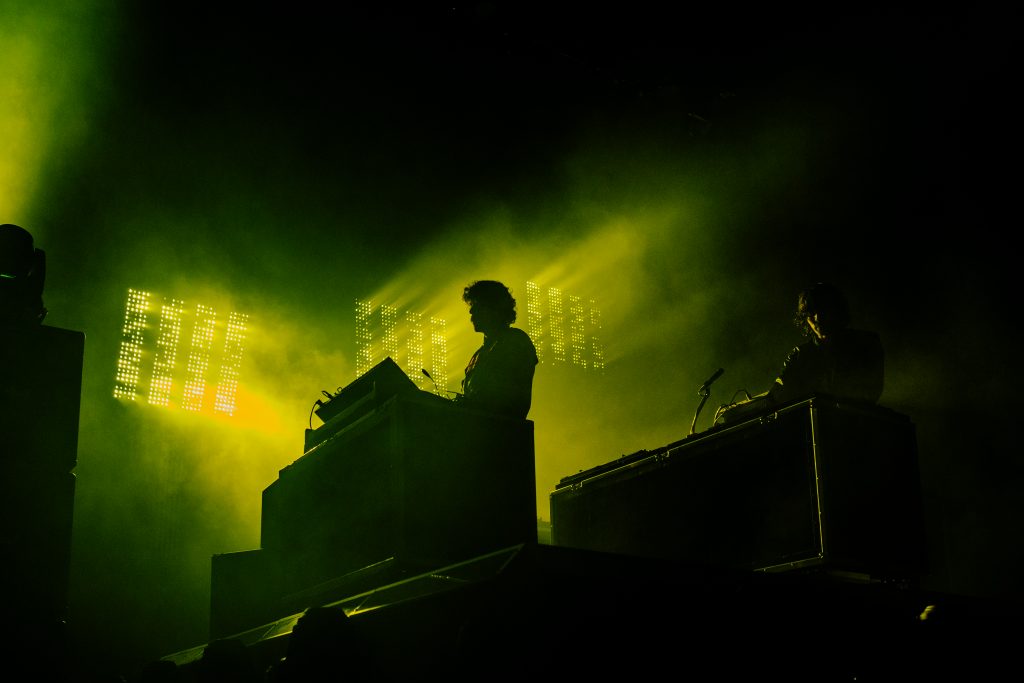 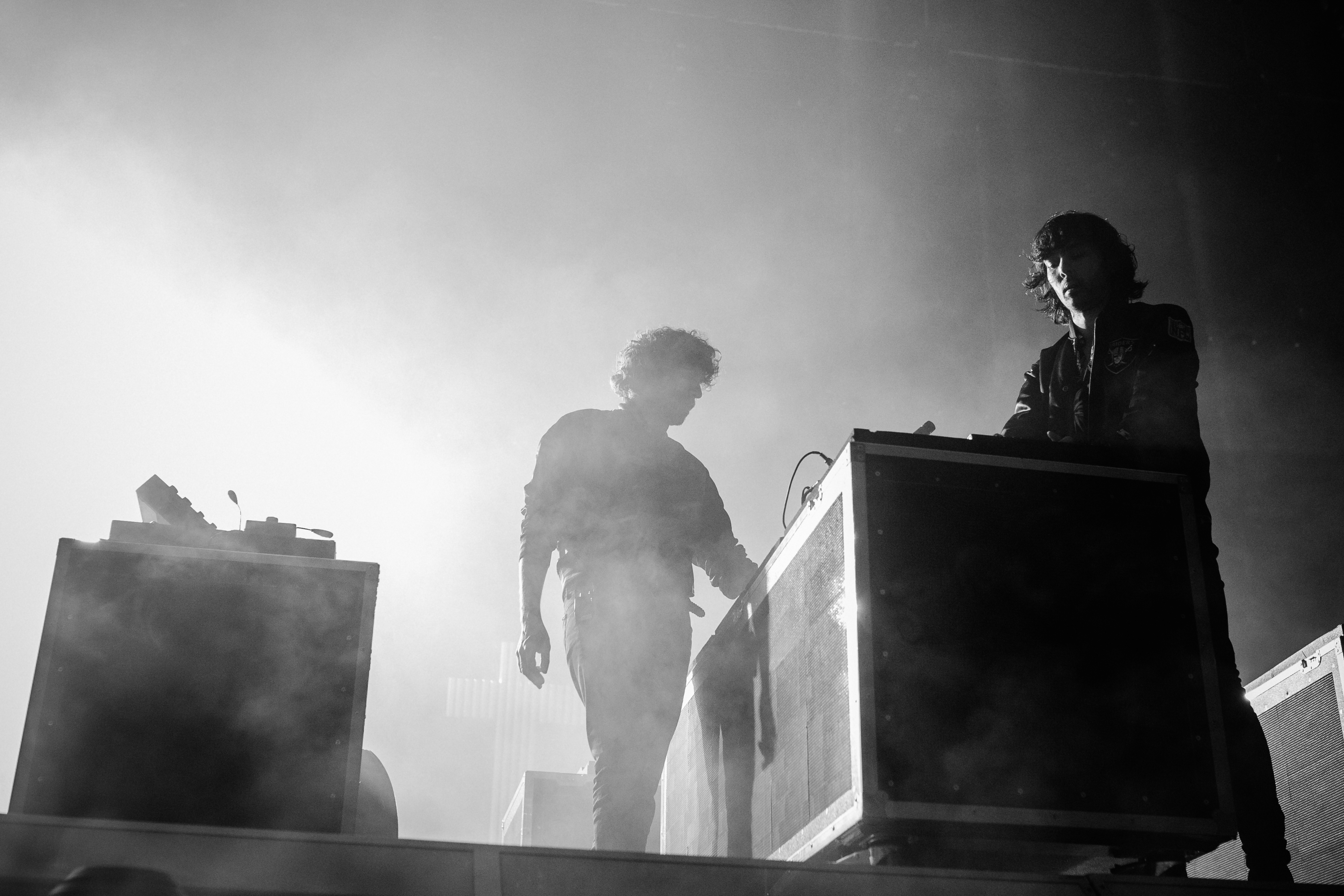 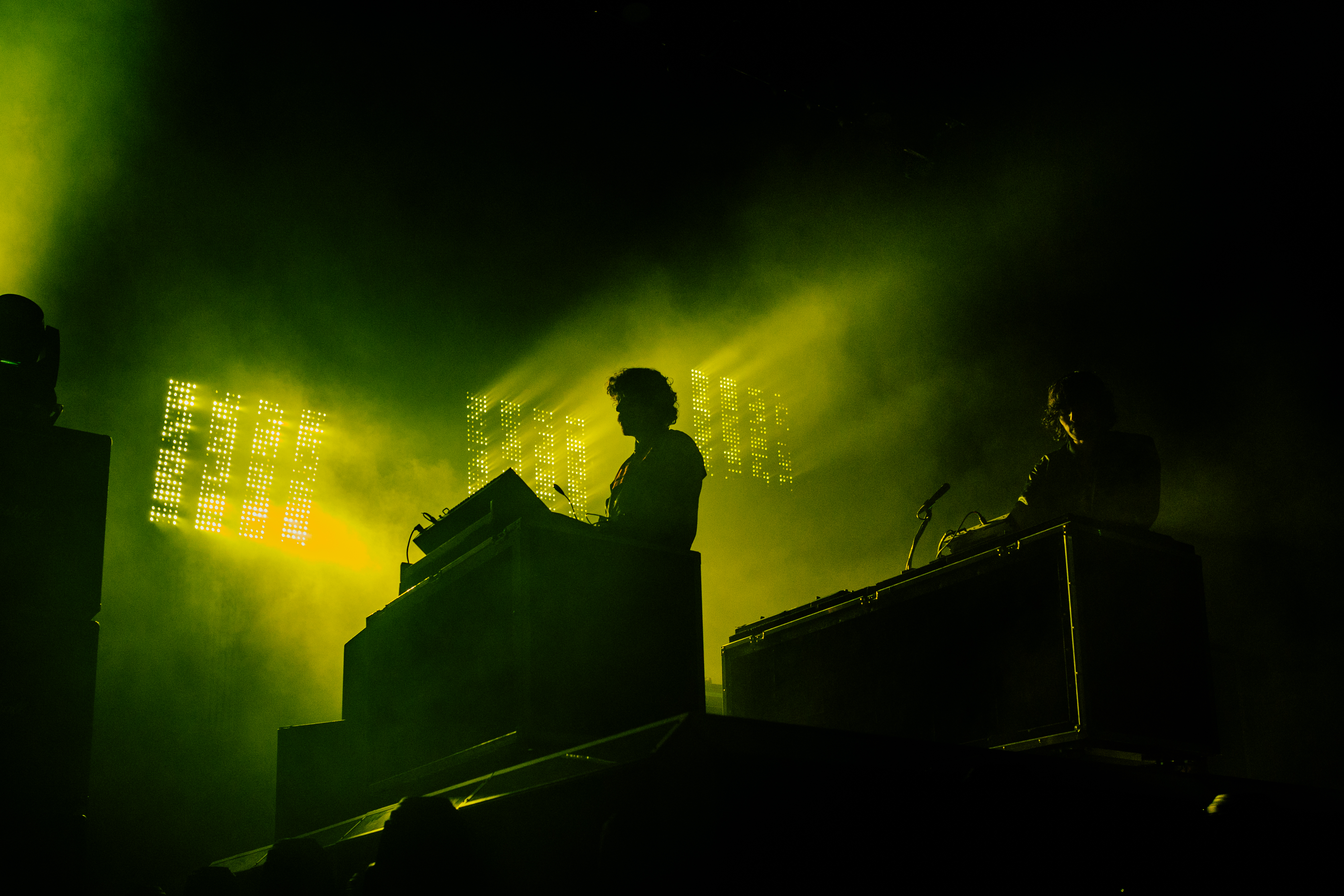 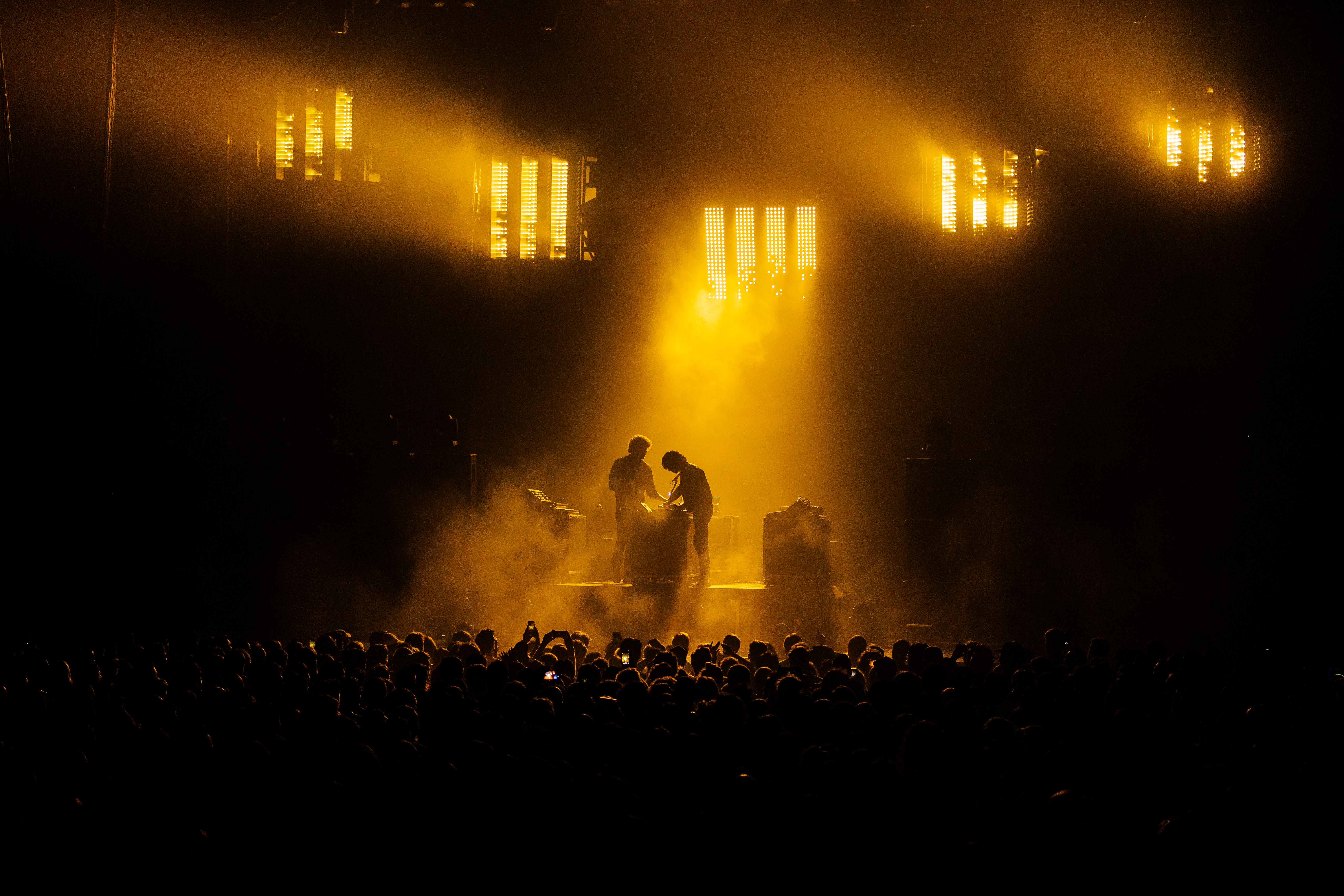 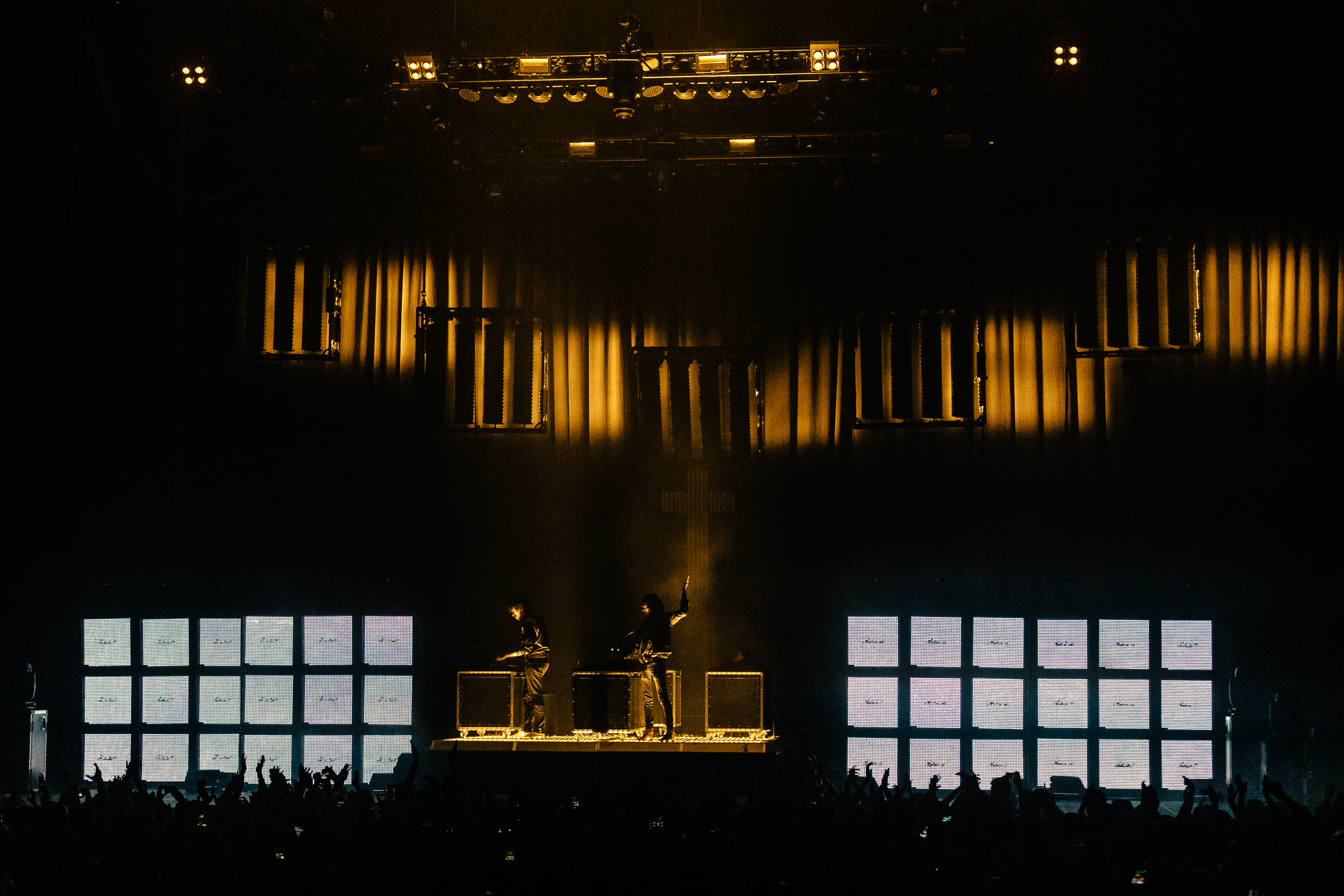 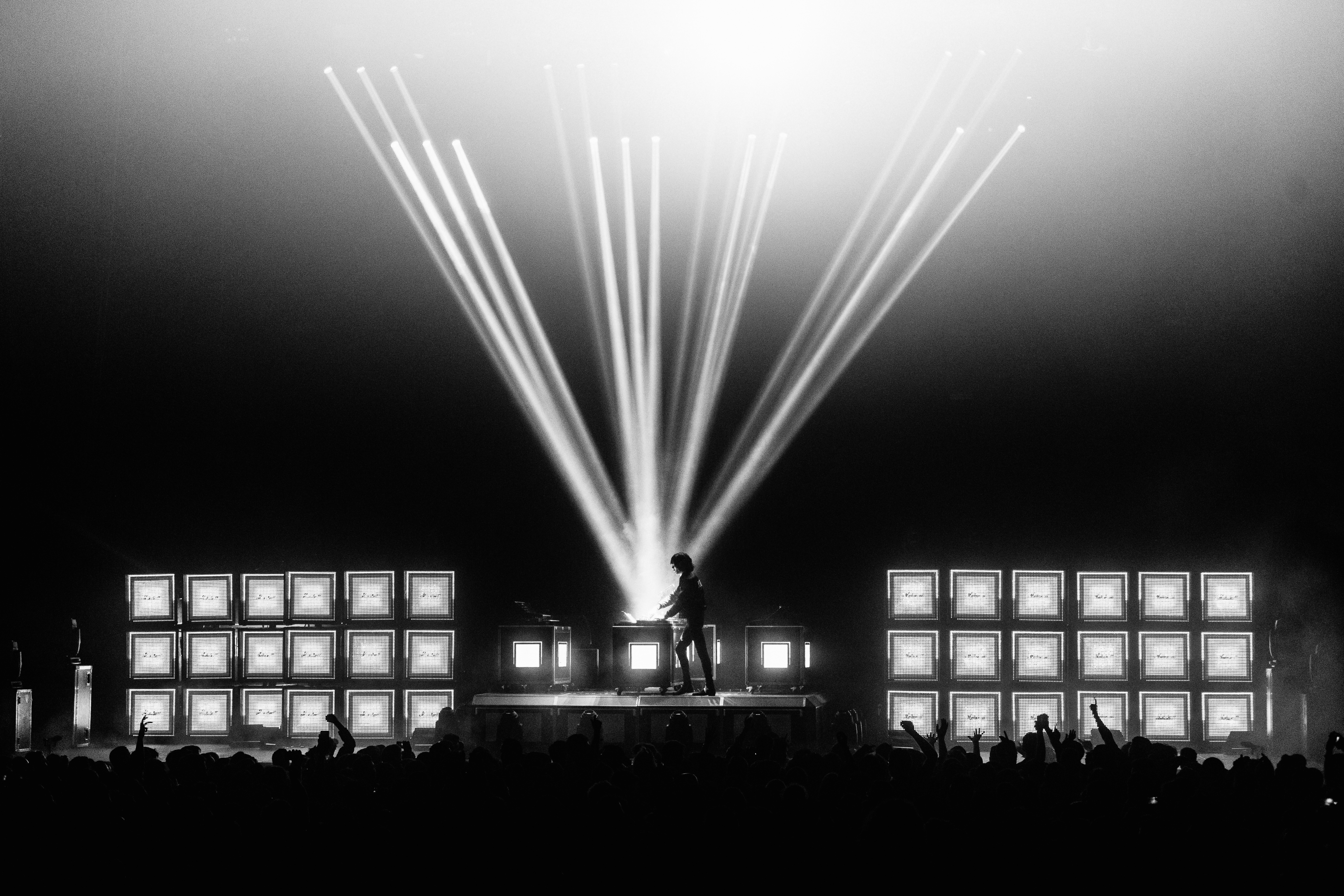 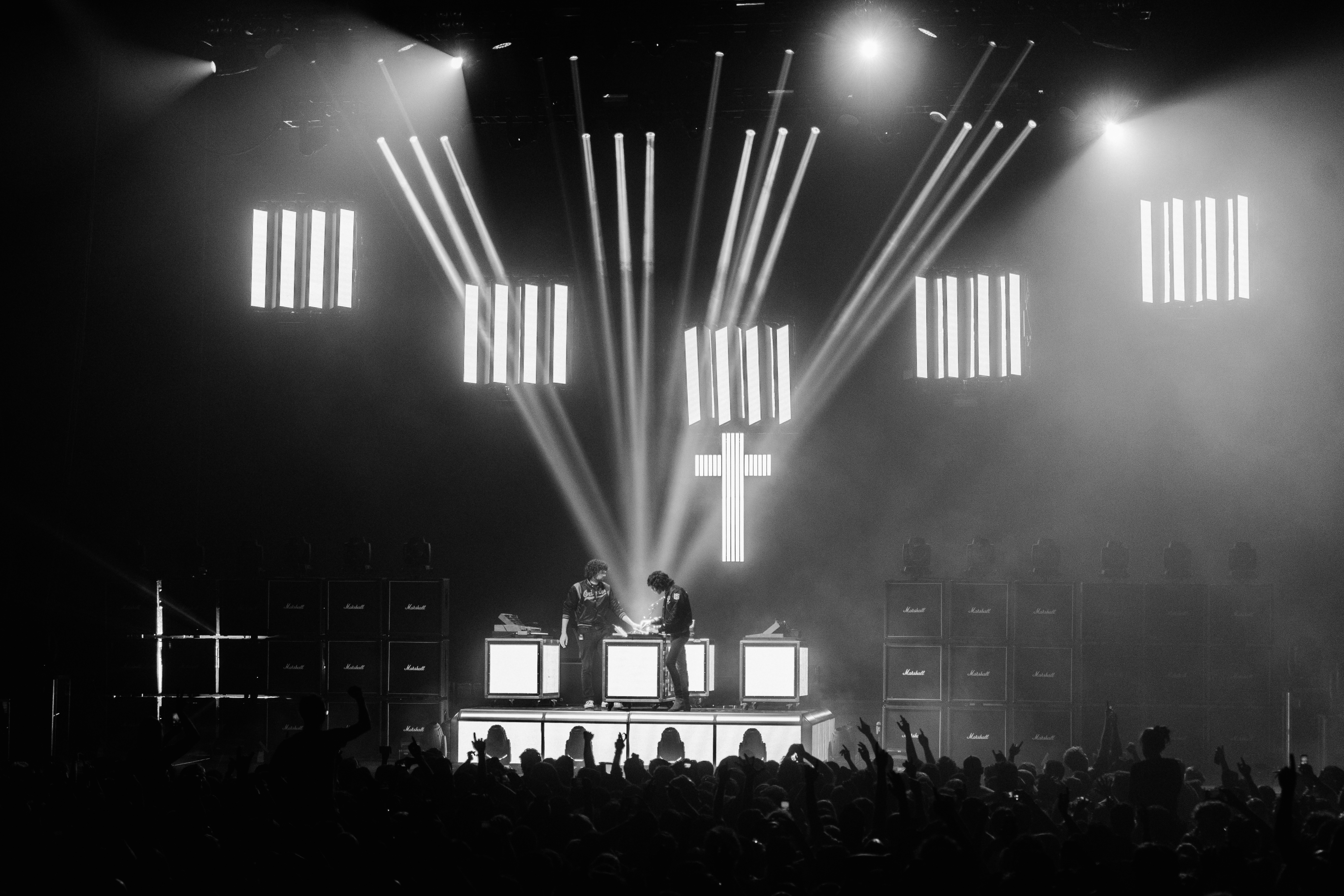 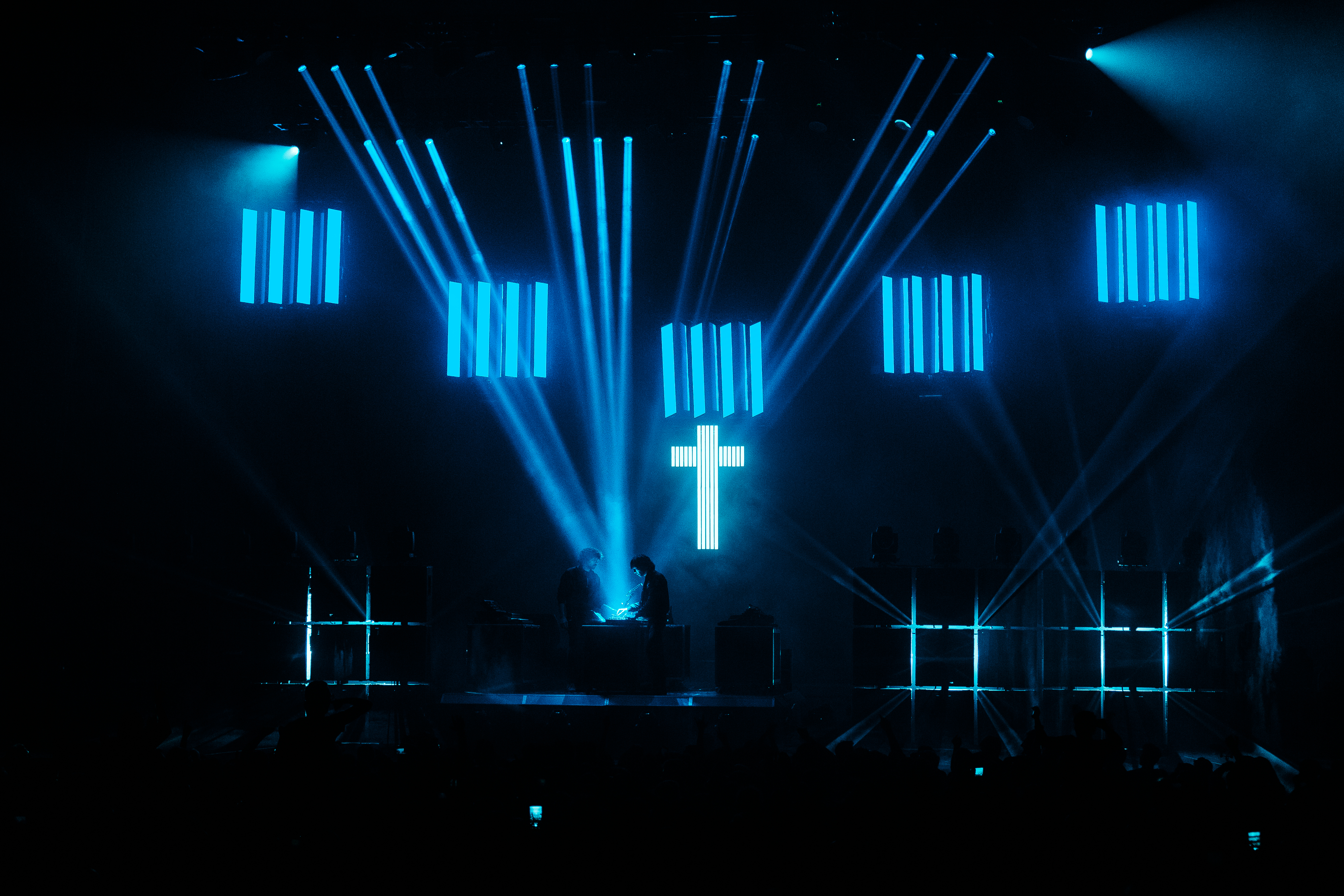 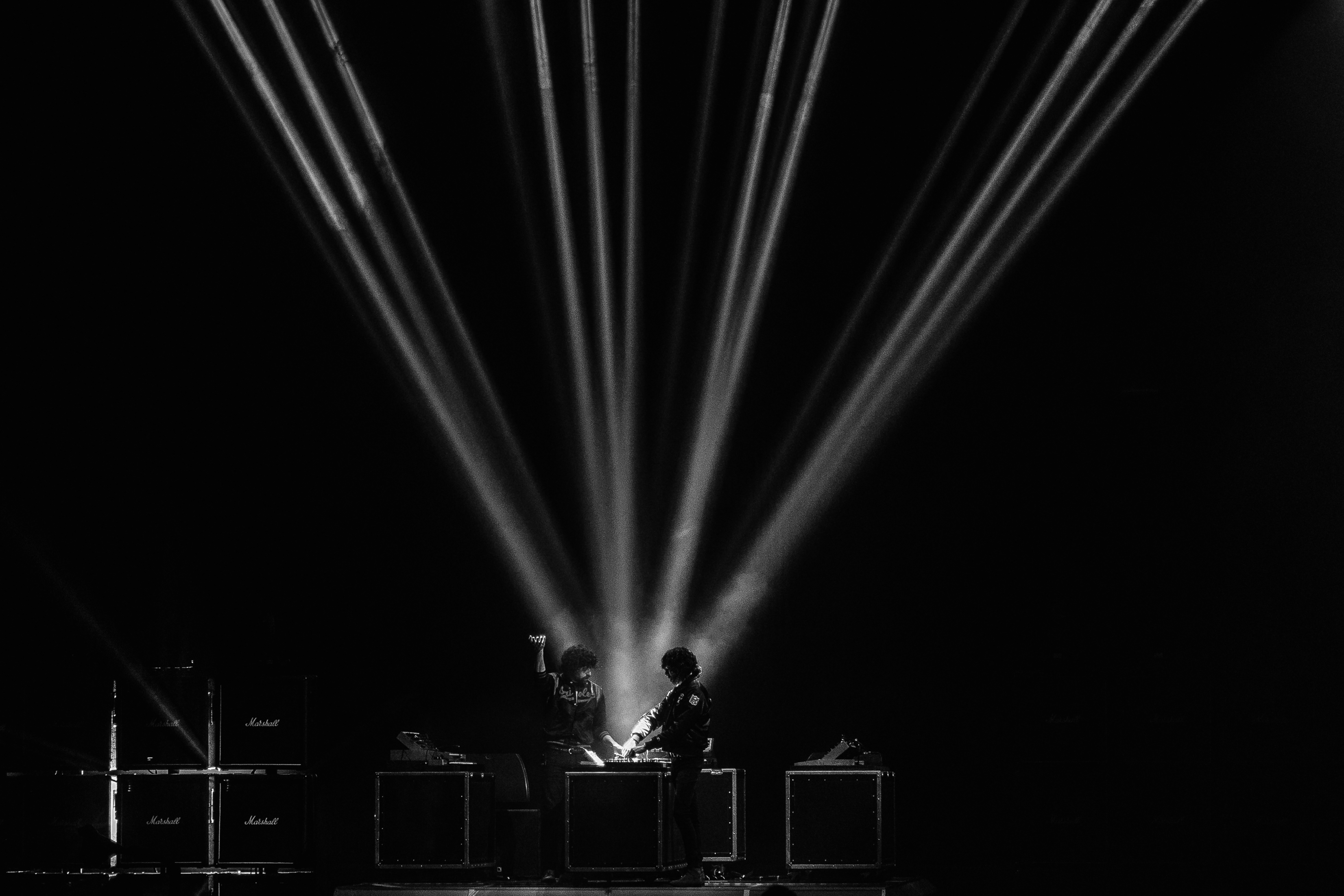 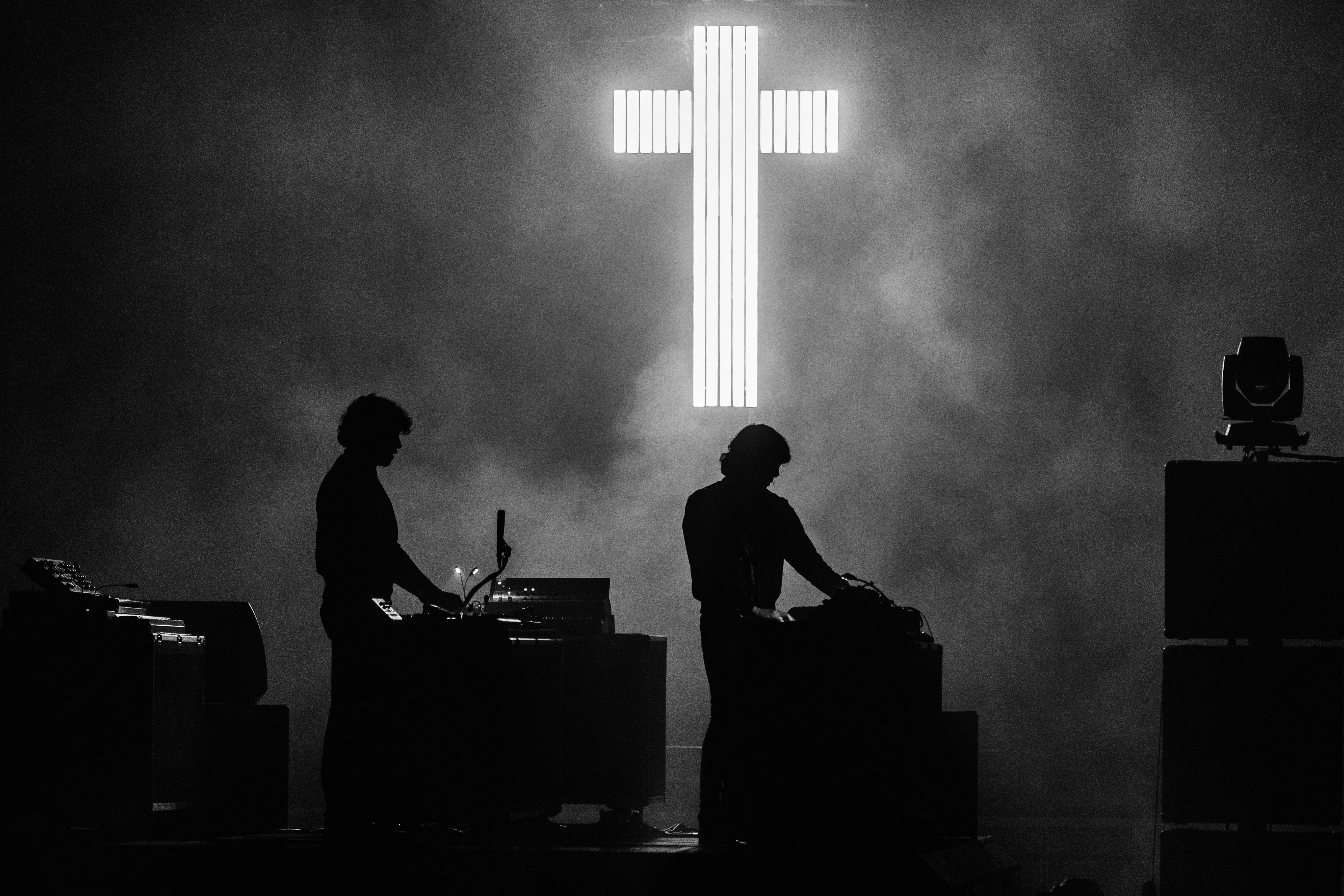 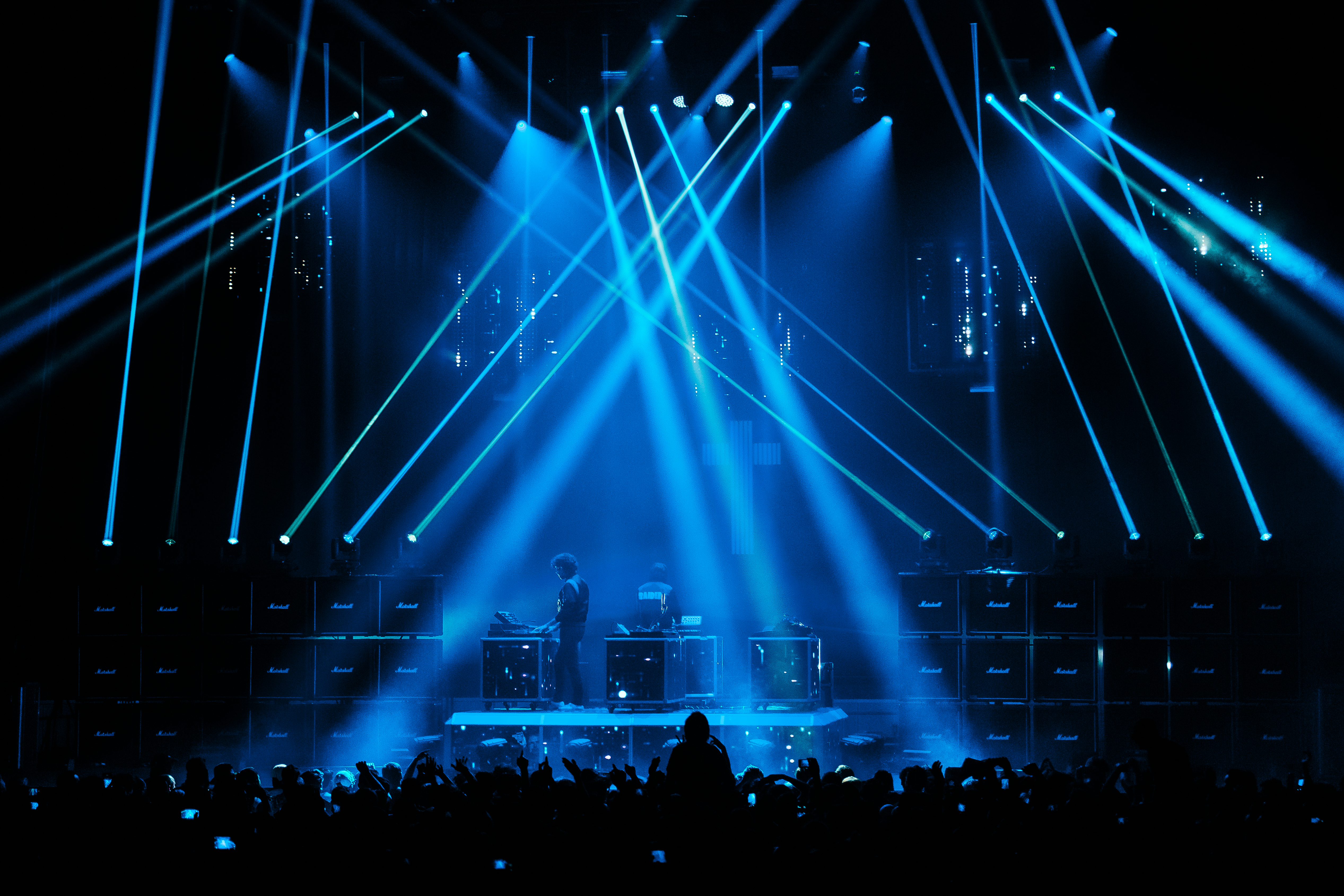 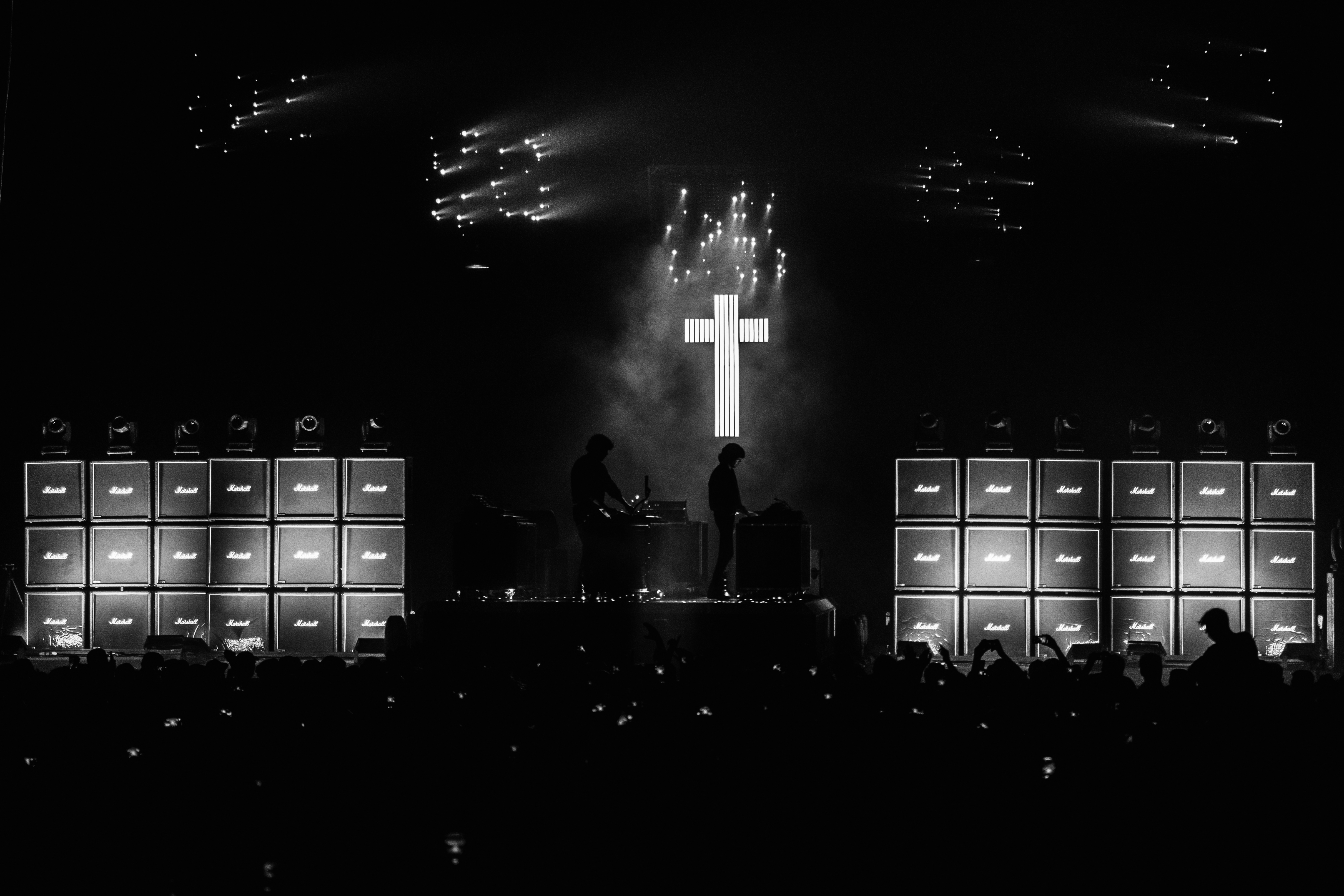 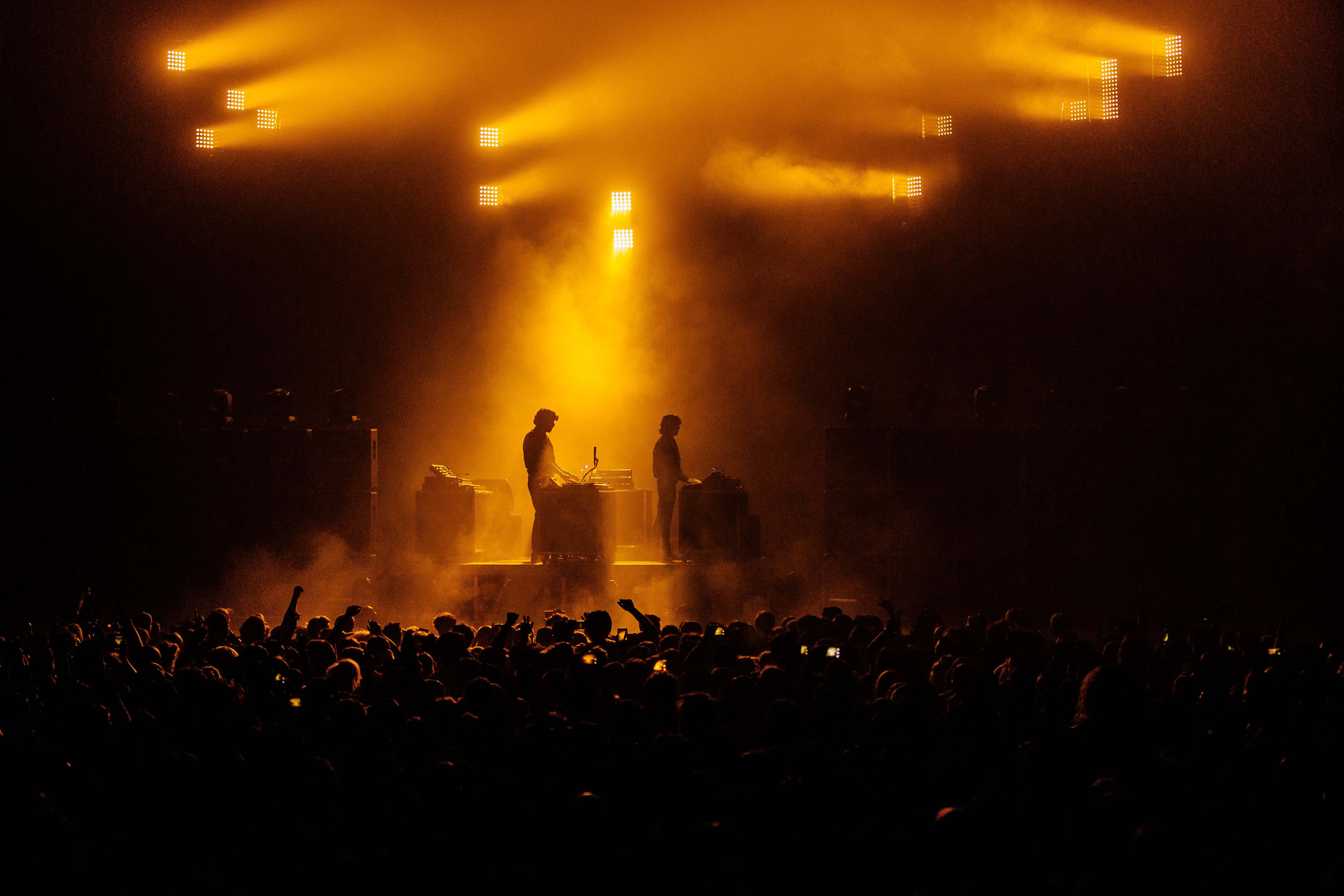