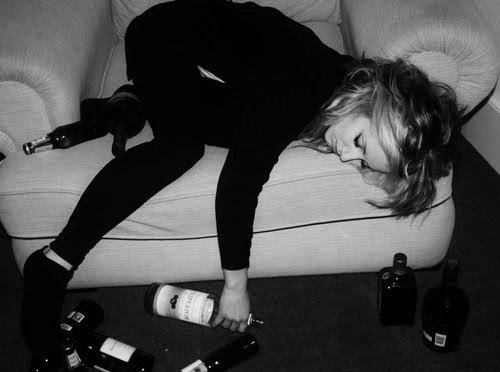 I don’t believe in vampires

but 6:00am on a Sunday tells a different story. Sunrays creep into my room, infiltrating my sanctuary of slumber. Dry lips give way to moans as my mind filters through a sketchy recollection of what the fuck happened last night. Survival instincts kick in; I start to horde all my fluffiest linen building a bat cave where only water, hash browns & netflix may enter. Fellow monsters may join the corpse cave but if your looking for an intellectual conversation this vampire will take a stake to the heart quick smart.

I’m not 16 anymore and my bodies stopped developing faster then I can destroy it. This sounding familiar to anyone? I guess you could call it the beginning of an end. There’s always been water, food & our dealer to get us through the war.

But lets just say you wanted to wake up like your former adolescent self. Propelled out of bed by some secret fucking energy reserves and flying out the house to do some physically demanding activities with your equally as amped crew. As I’m writing this, it’s sounding really strenuous and unappealing; but feeling decent, I’d take that.

Below lies my tried & tested method of dropkicking a hangover and I’ve supported it with some weed-induced research. Honestly I’m just down right curious and it’s about time I figured out how to fight my old nemesis. If your in a room with your mates, get someone else to read this aloud cause you’ve made it pretty far for a hung over mess.

This deserves the number one spot. It’s usually drugs but we are going to disregard any form of meds for now and focus on the most important chemical reaction. Whether it’s your partner, co-worker or just the stranger that’s snoring on the futon there is something they can help you with. Endorphins during sex act as natural painkillers and minimize a headache. So you don’t need Aspirin you just need some loving.

Next is food. If you can get your hands on any of the following; bananas, blue berries, kale, lemon, ginger and the best one of them all asparagus your doing your hangover a world of good. Men in lab coats have recently discovered that a cup of concentrated pear juice as your first drink of the night will significantly reduce your hangover. All of the above will help your stomach and head deal with each bad decision you made last night, if you can stomach it that is.

As a General rule of thumb the darker the alcohol the worse the hangover, why no one ever told me this I do not know. Vodka & gin will affect you the least the next day where as red wine and bourbon will leave you with more regret. To all those beer drinkers that yeasty goodness tragically has the most toxins of any common alcohol. I’m skeptical on this last one, so you might need to do some further testing 😉

It’s at this point someone gets up and runs out of the room. The memory of hurling on a doorstep as your puzzling over why someone changed the lock on your unit brings back bile. Of course it was never your unit, it never is, you delusional idiot.

My research took me to some pretty interesting remedies and also a pretty big waste of time. Unless I wanted to start boiling banana skins or chewing on dried bull penis. There are a lot of people out there doing some messed up things hoping to reach a hangover free life. Fortunately I’ve found my medicine and it’s actually the reason I go out to begin with, my friends!

Usually I wake surround by my companions. Some I know, some I may not. It doesn’t matter how sick we feel there is always poking, teasing, pulling or hitting. These like-minded chums are going to say stupid things and do stupider shit, all the while forging friendships that help us through the hangovers. Keeping your friends close during these times has to be the best way to enjoy and defeat a hangover. The general brain functions of a house full of stale humans is an experience to behold, you might spend the whole morning debating who was the worst last night or whose going to be the one driving to maccas, but all the while enjoying the collective thoughts from the mash potatoes that we are.

It’s usually in these moments where kick-on’s rises from the twisted figures, empty bottles and haze of last night but that’s another tale for another time.