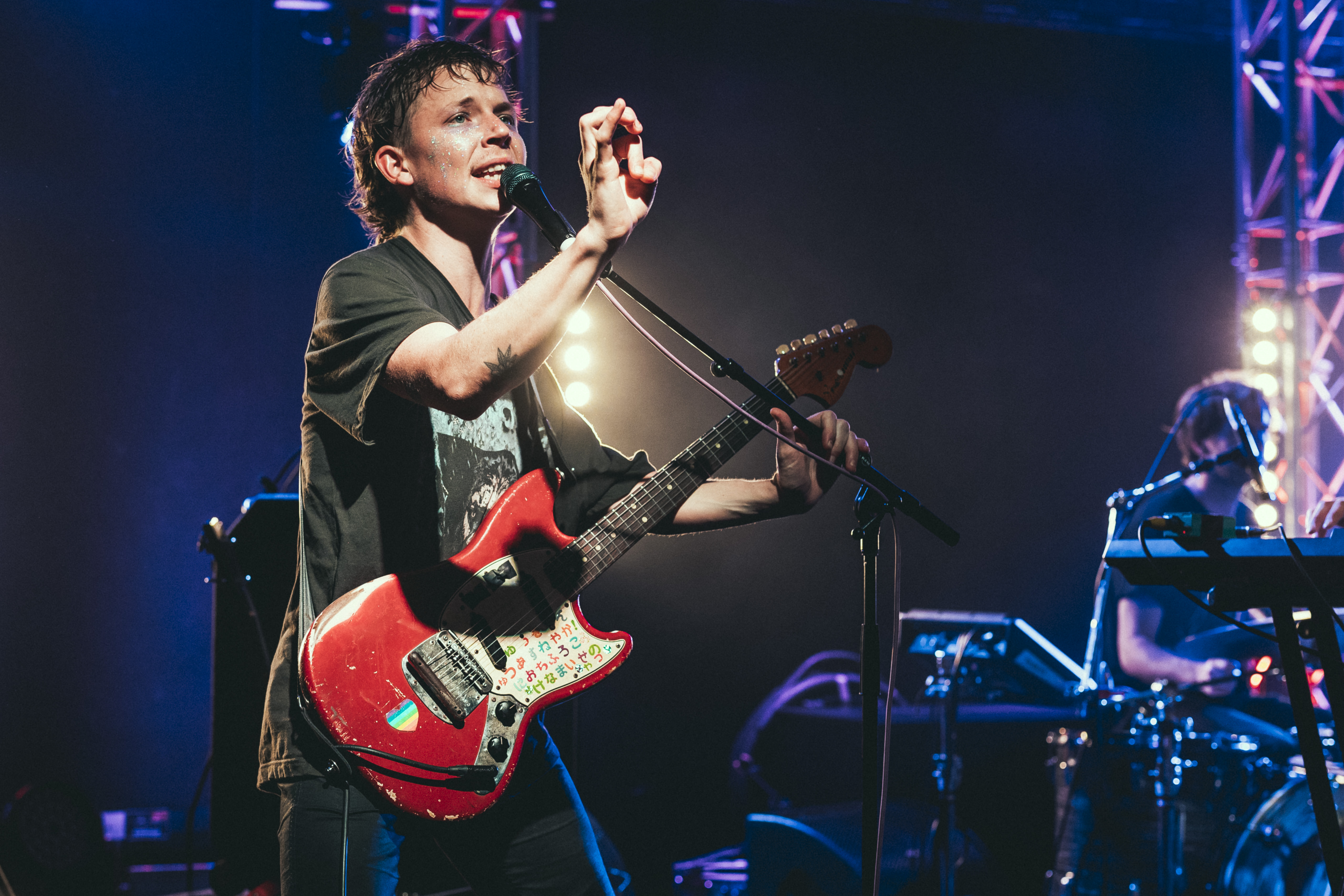 To end their national tour Pond brought their mixed bag entourage to The Triffid to bless us all with their psych rock vibes. After a massive reception from their latest record The Weather we were all like little, excited children waiting to see them hit the stage.

A big surprise when solo rap artist Reef Prince hopped on stage to fully open up the night to the patrons that have arrived pre-Pond. Controlling his beat via a laptop next to him he came out guns blazing rapping songs about crayfish, old housemates and his hometown Perth. His distorted melody rap warmed us up to start preparing for a spectacle to come. Having the best time on stage playing in front of family, friends and new fans he brought up Pond’s singer Nicholas Allbrook for an experimental and oddly satisfying ‘to be released’ tune. Being a mix of Yung Lean and Mac Miller he was a good choice to start off the night. 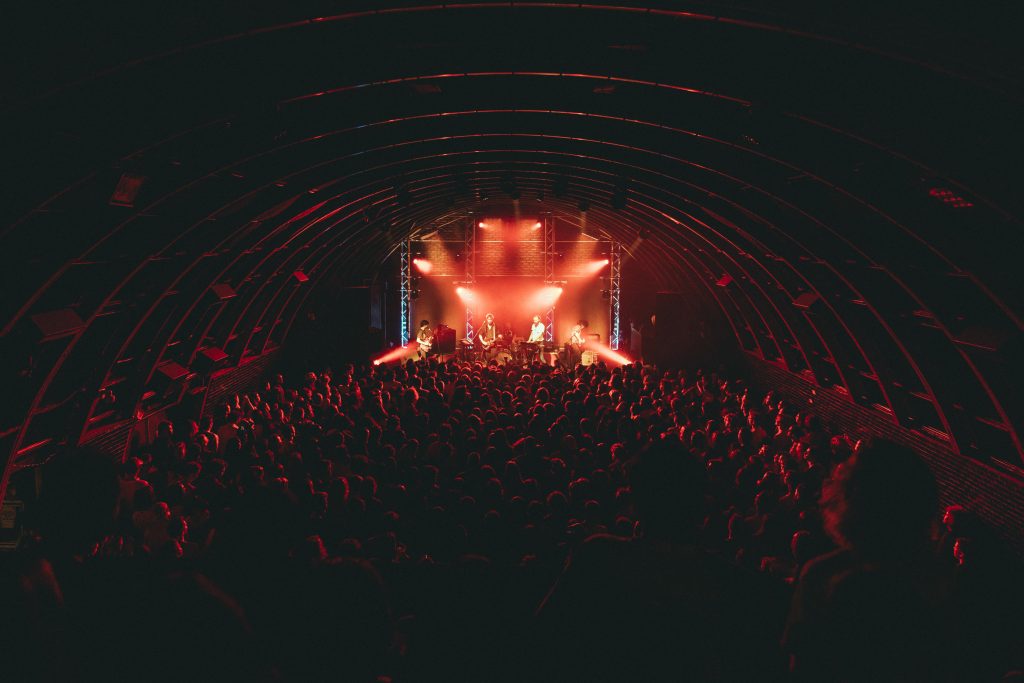 Body Type were next to hit the stage and boy were they a fun bag of carelessness and fun. The girl cast band had cruised through 4 of their tunes before taking a break to auction off one of the guitarists one of a kind shirts that she was wearing. Not only were they fun but they were funny and charismatic. The gal group held the image of Australian indie rock prominently with a warm, vibrant and up beat set. While The Triffid rapidly filled, they played an array of tunes including their most recognizable 264, Ludlow, Breakdown and new single Silver. Rocking with 3 guitarists and a drummer the girls visually had a bond that boosted their confidence in owning the stage and just jamming out with some friends in long guitar riffs on their first national tour. They were an Aussie rock rendition of Fleetwood Mac/Stevie Nicks and it just worked perfectly. 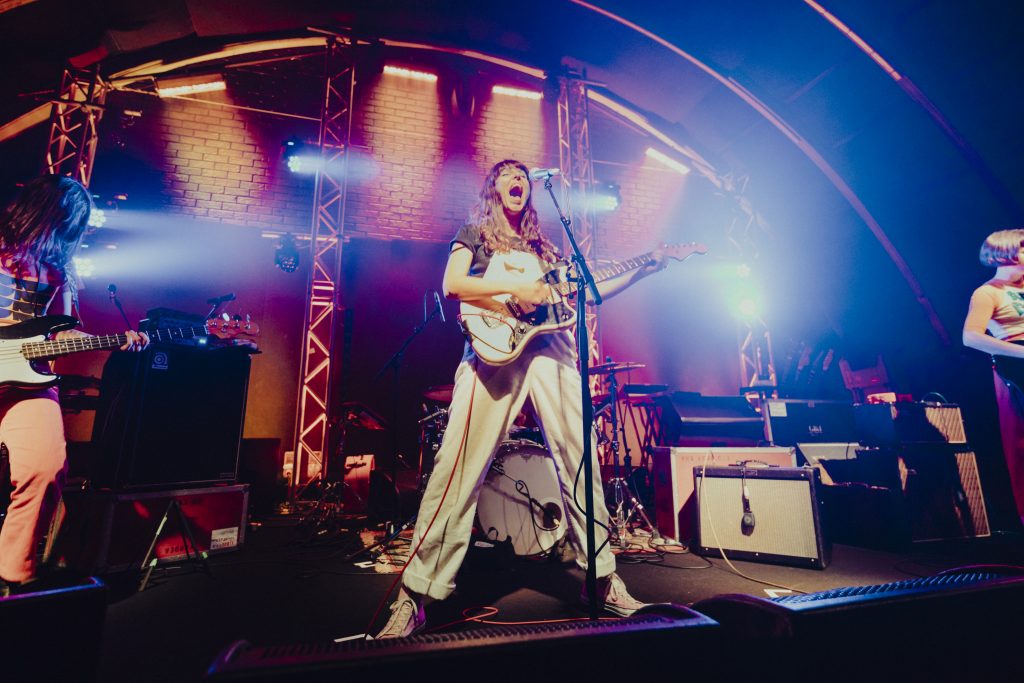 The lights shut off, the crowd rushed forward and everyone knew it was time to get weird. The 5-piece party Pond took to stage and blasted into 30,000 Megatons in a fury of pulsating lights, odd dance moves and mellow, longing vocals. The band sported 2 keyboardists, 2 guitars and a drum set and energy by the bucket load that had the whole sold out crowd entrapped as they swept us off our feet with Sweep Me Off My Feet. Luckily, I had secured a safe sport on the mezzanine of The Triffid because at this point the crowd had really started to get moving with the bands provided antics. A/B and Waiting Around For Grace provided yet another showcase of fanatic singing from the crowd while Pond used the stage as a platform for their jumping, water bottle spraying and twisting vocal work. Never before have I seen a keyboardist head bang but tonight the mullet man graced me with a night of firsts. First time I have seen The Triffid this full and rowdy. First time I have seen a singer enter the crowd 4 times over 2 songs. Lastly, the first time I have been absolutely shell shocked and blown away at the strength and sonic control that one band could have. Their technical use of guitars and keys are beyond anything fathomable while long loud riffs helped the crowd rock out in a sea of deep blues and purples.

As front man Nick pulls out a flute and drenches it in his own sweat he somehow incorporates a classical instrument into Colder Than Ice. In a bid to “shake and wiggle our bootay’s”, Fire In The Water and Don’t Look At The Sun Or You’ll Go Blind ended up pillowing our faces in a bouquet of red feathers and shrieking vocals. Coming past the halfway point of the show the crowd was as energetic as ever which helped some crowd surfing from members of the crowd and the loose singer of the band. Toning down the pace for a few minutes saw Heroic Shart move into Paint Me Silver and All I Want For Xmas heat up the room in an instant. Things were seriously getting sweaty as they continue to paint the room in a rainbow assortment of zig zag vibrations and light formations. 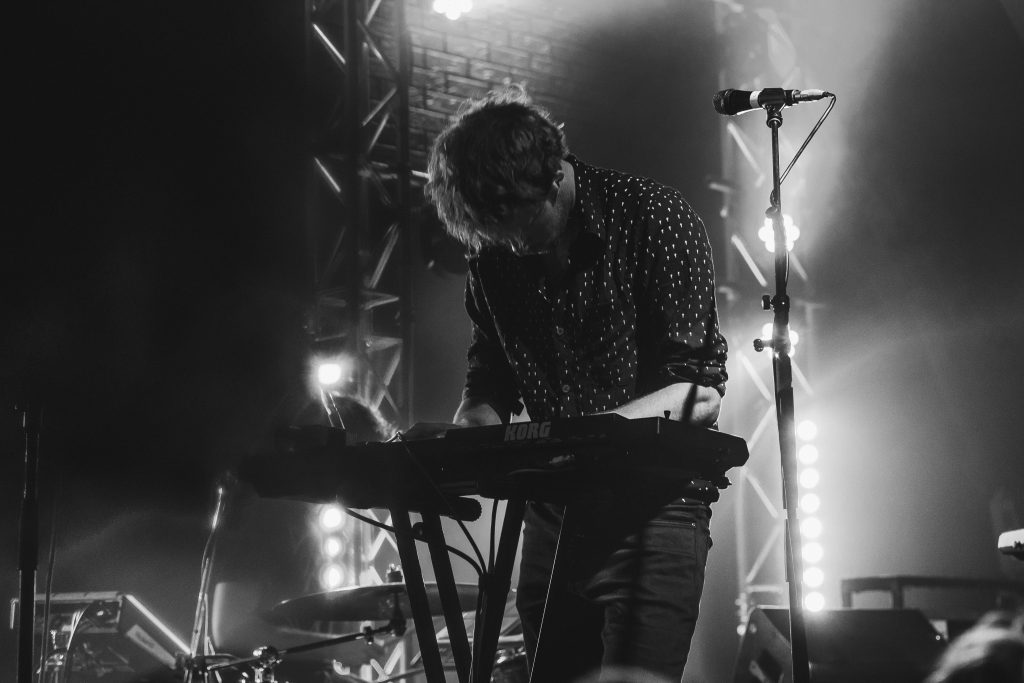 The tail end of the absolutely epic show was in full swing while Pond gave us their all in showing us why we deiced to sweat and exhaust ourselves profusely just to be in their presence. Their mind-altering remedies brought out Edge Of The world and Zond while ‘mullet man’ removed his shirt and vibed an ambient Stranger Things these tune. Giant Tortoise and the title track from their recent album The Weather wound the show to what seemed like the end. After a thick minute of chanting they were sure to return for an encore. Managing to distort our mind frames and drench us in sweat one last time they kicked it into Fantastic Explosion Of Time. A mad amount of whooping distortion took over the room and welcomed the support band entourage on stage to rock out with the crew and joined ‘mullet man’ in some stage dives and thankful expression of love for us all who made the effort to join them.

Pond were absolutely everything I wanted and more. They are what happens when melodramatic artistic material meets psychedelic rock. The show was bright, loud and a ride down a red and orange waterslide made from our own sweat. A showcase of raw and impressive artistic purity is what allows Pond to be such a focal point in the Australian music scene and I cannot wait until the next time I see them. 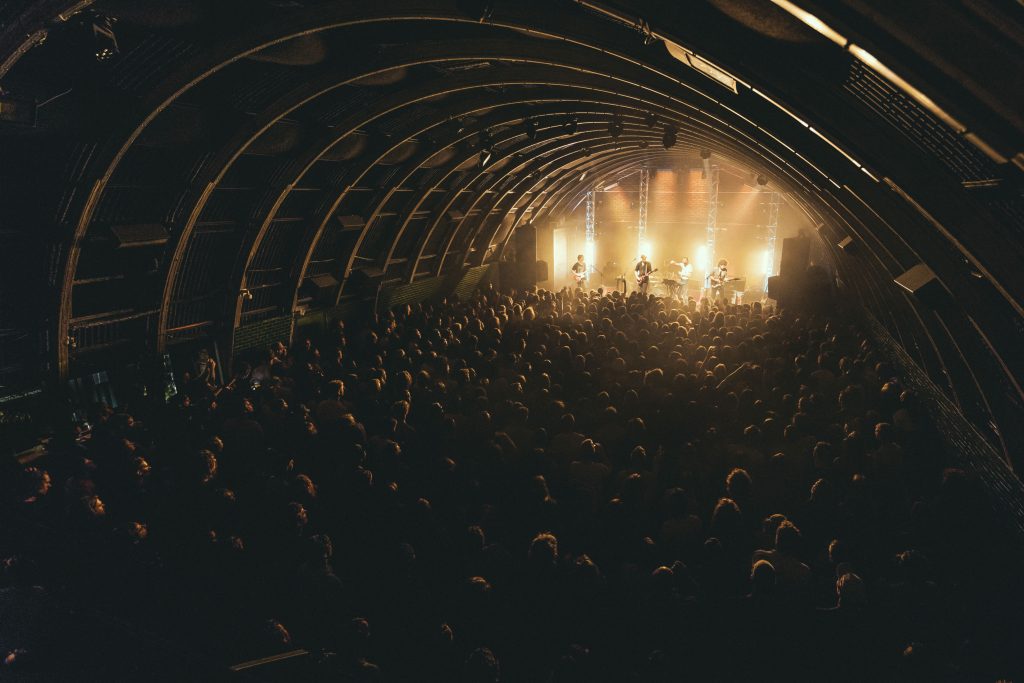 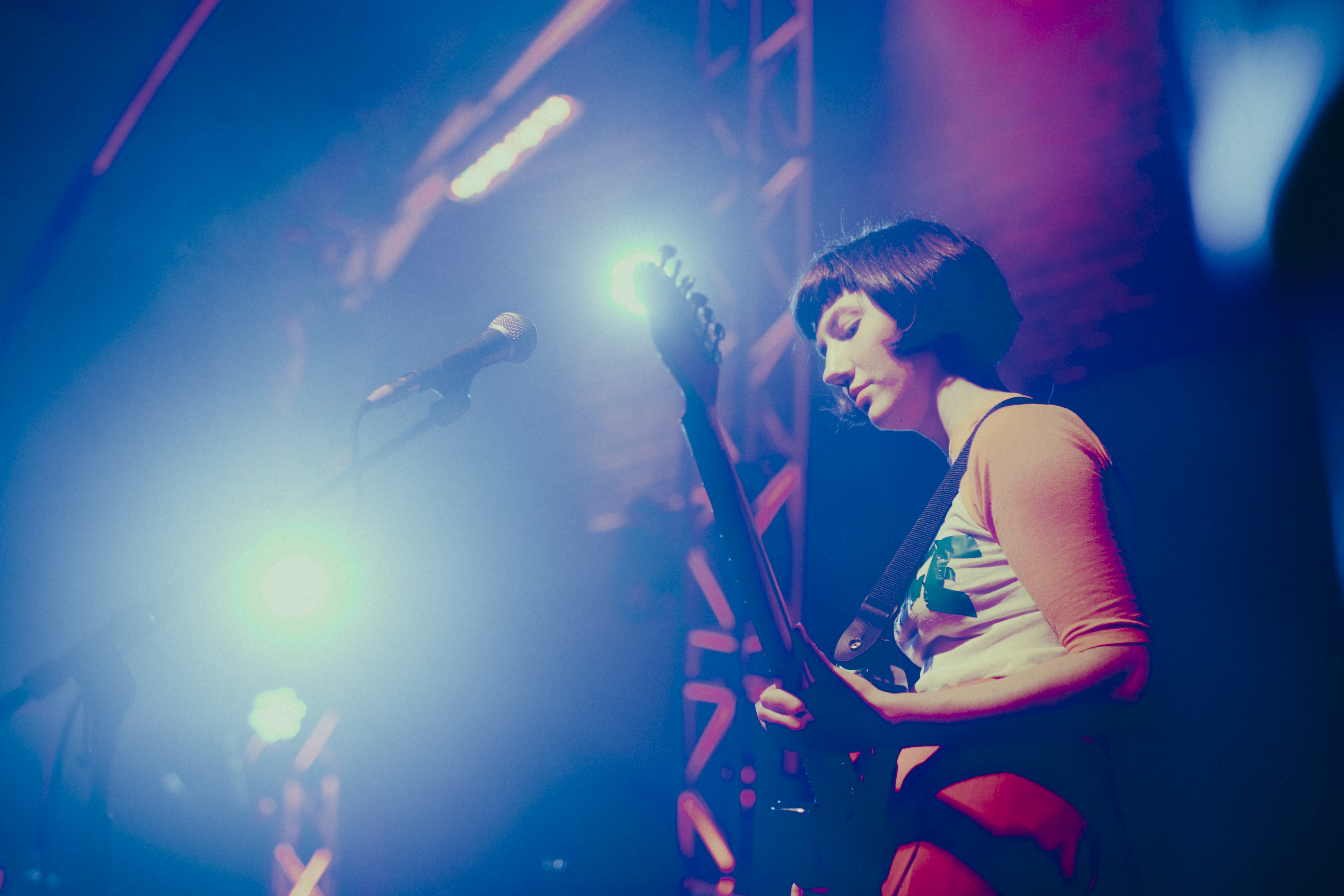 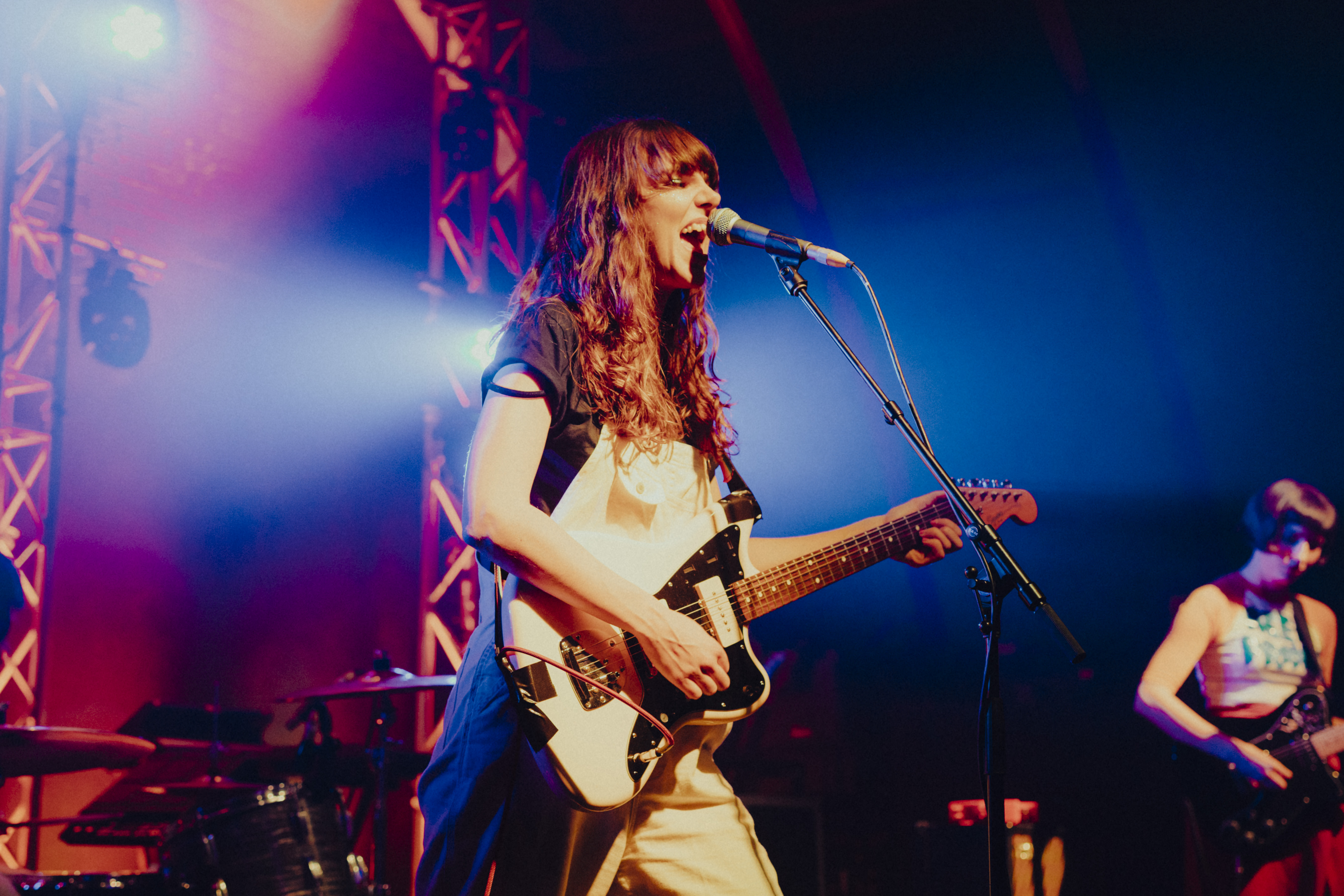 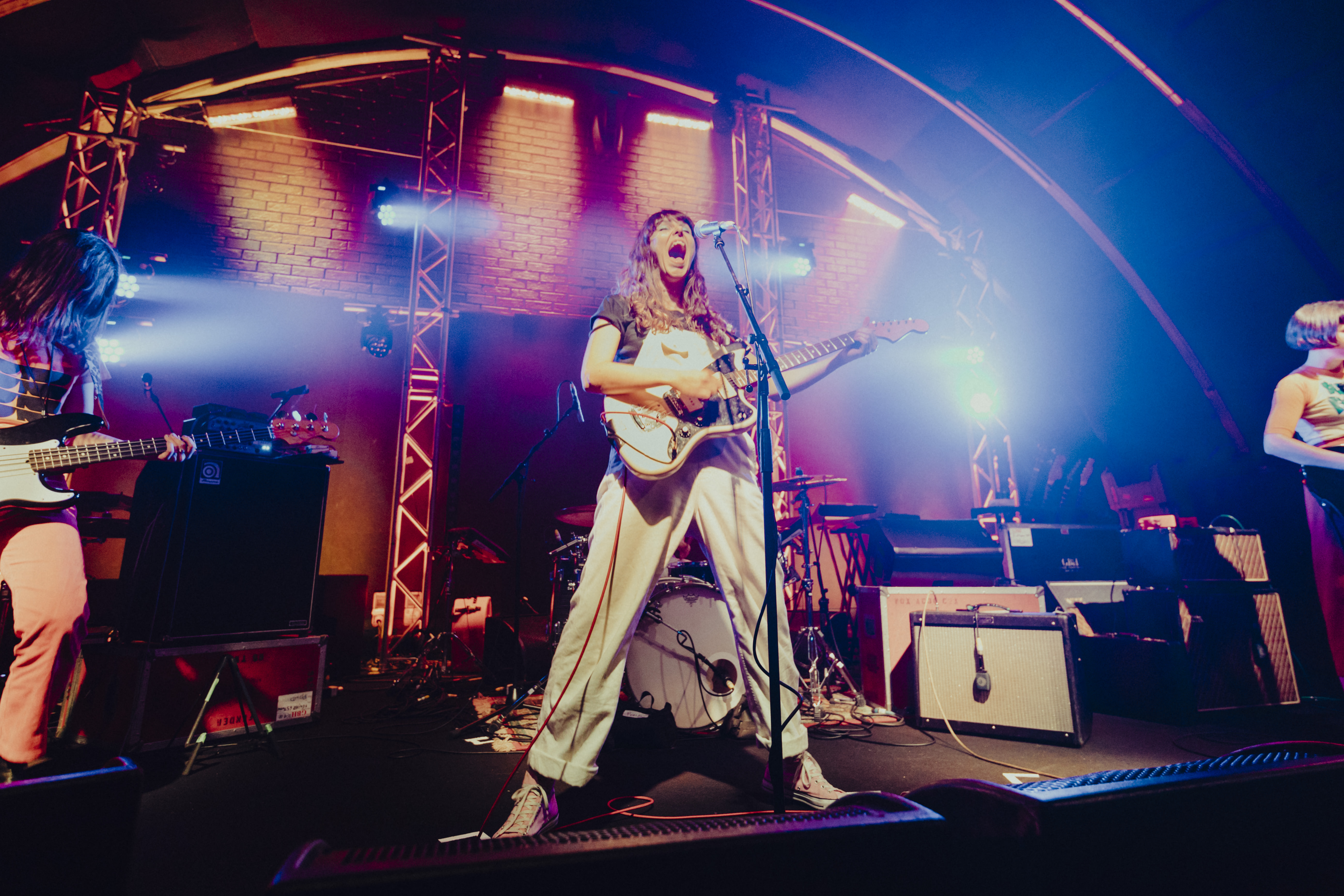 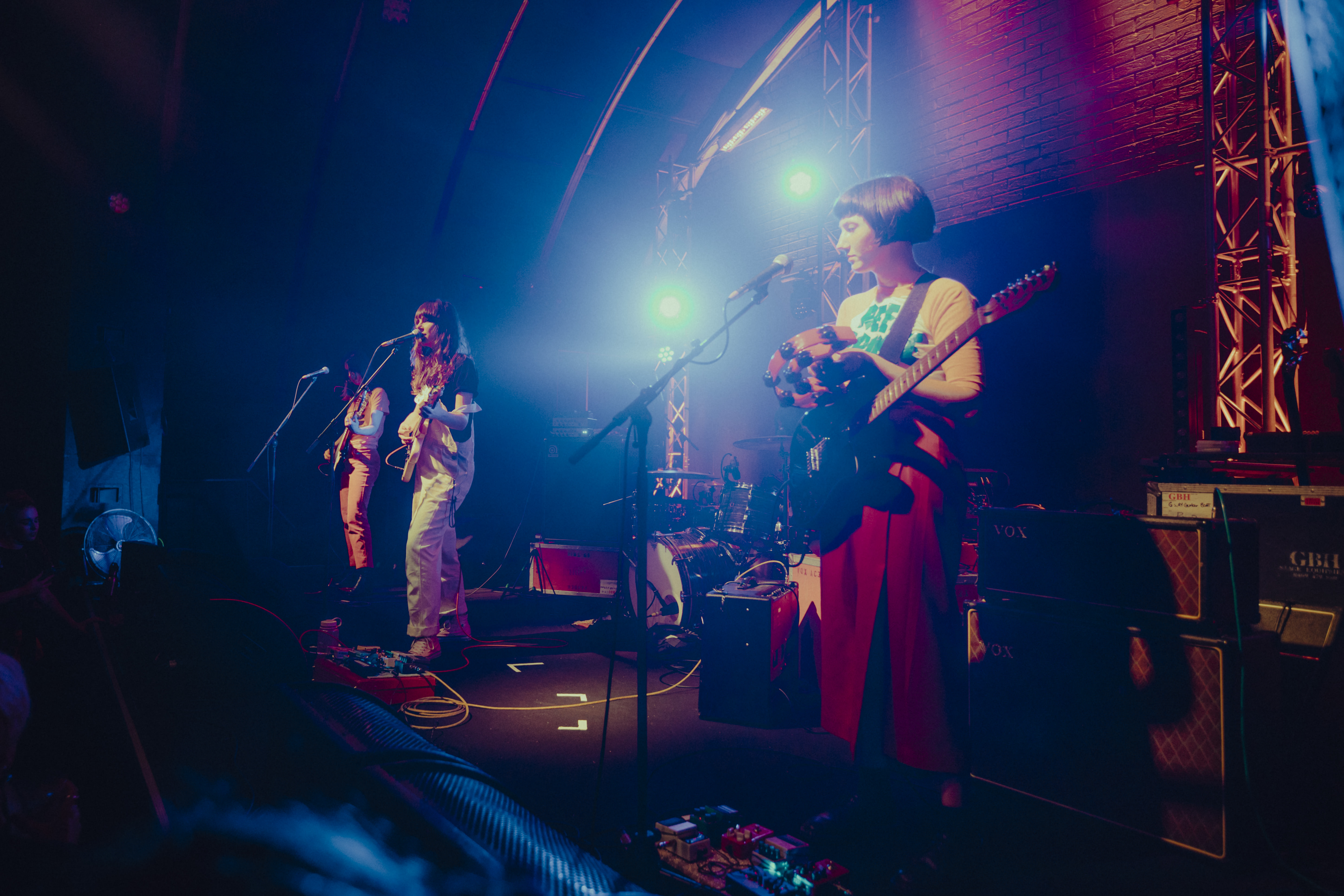 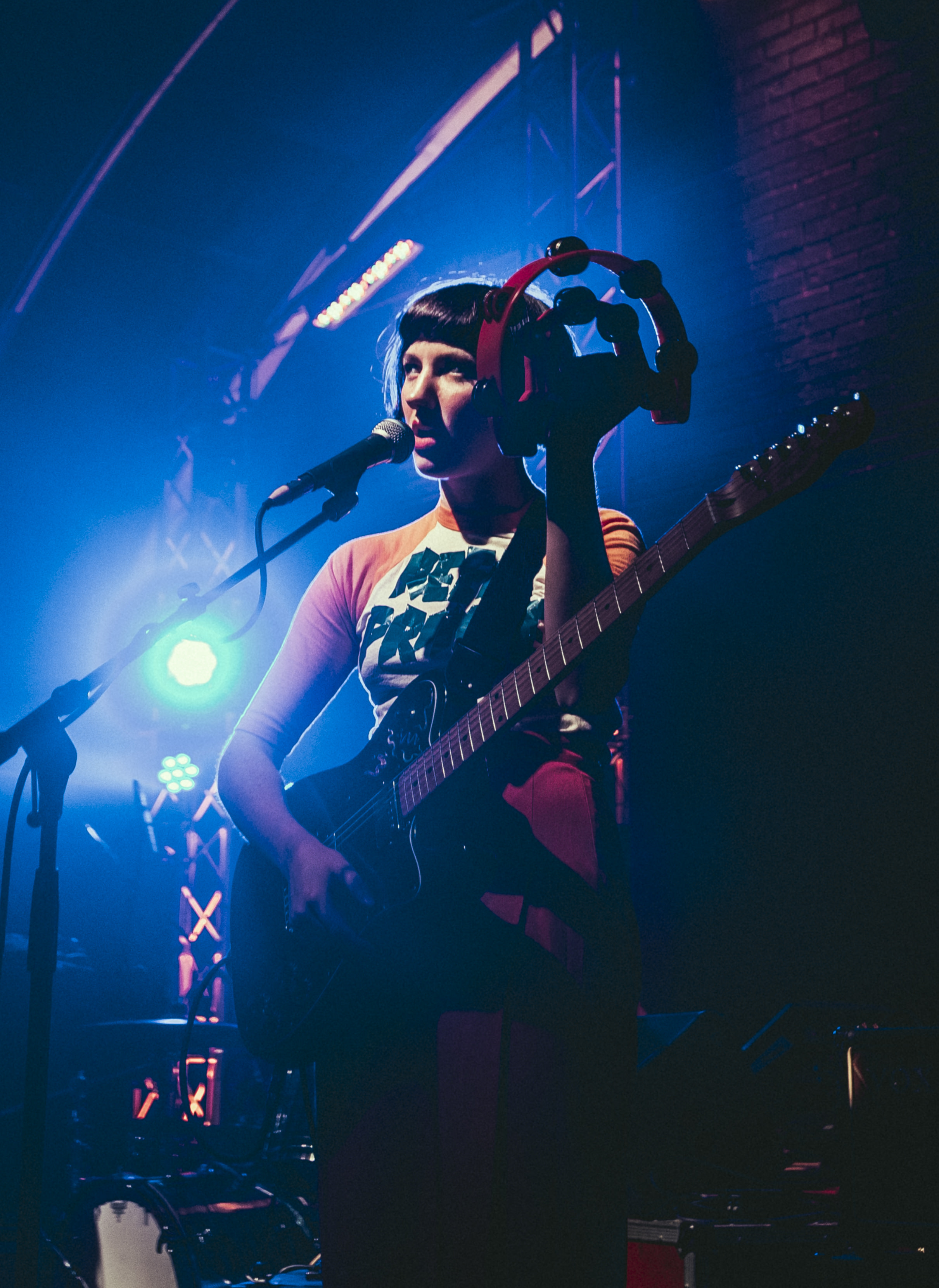 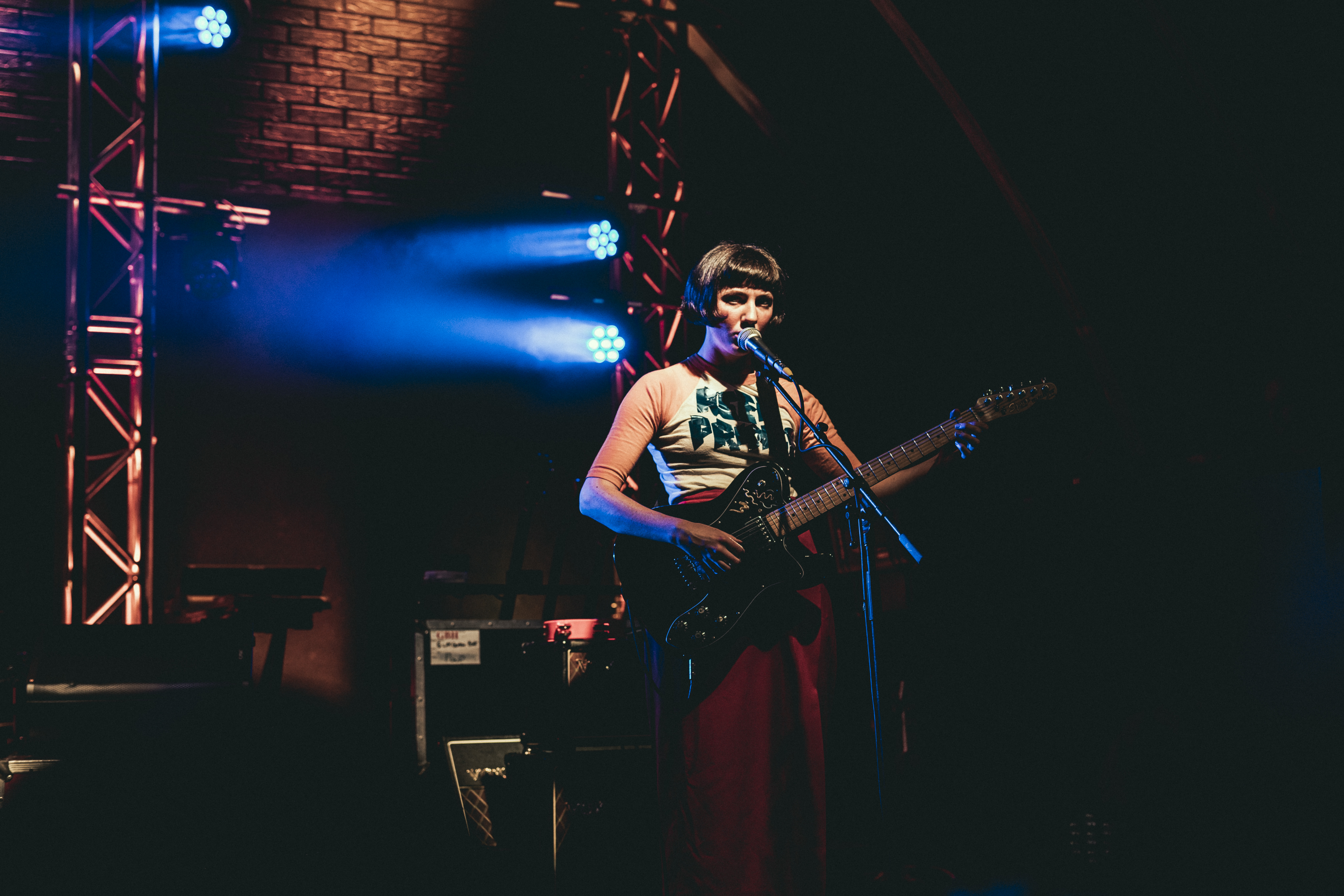 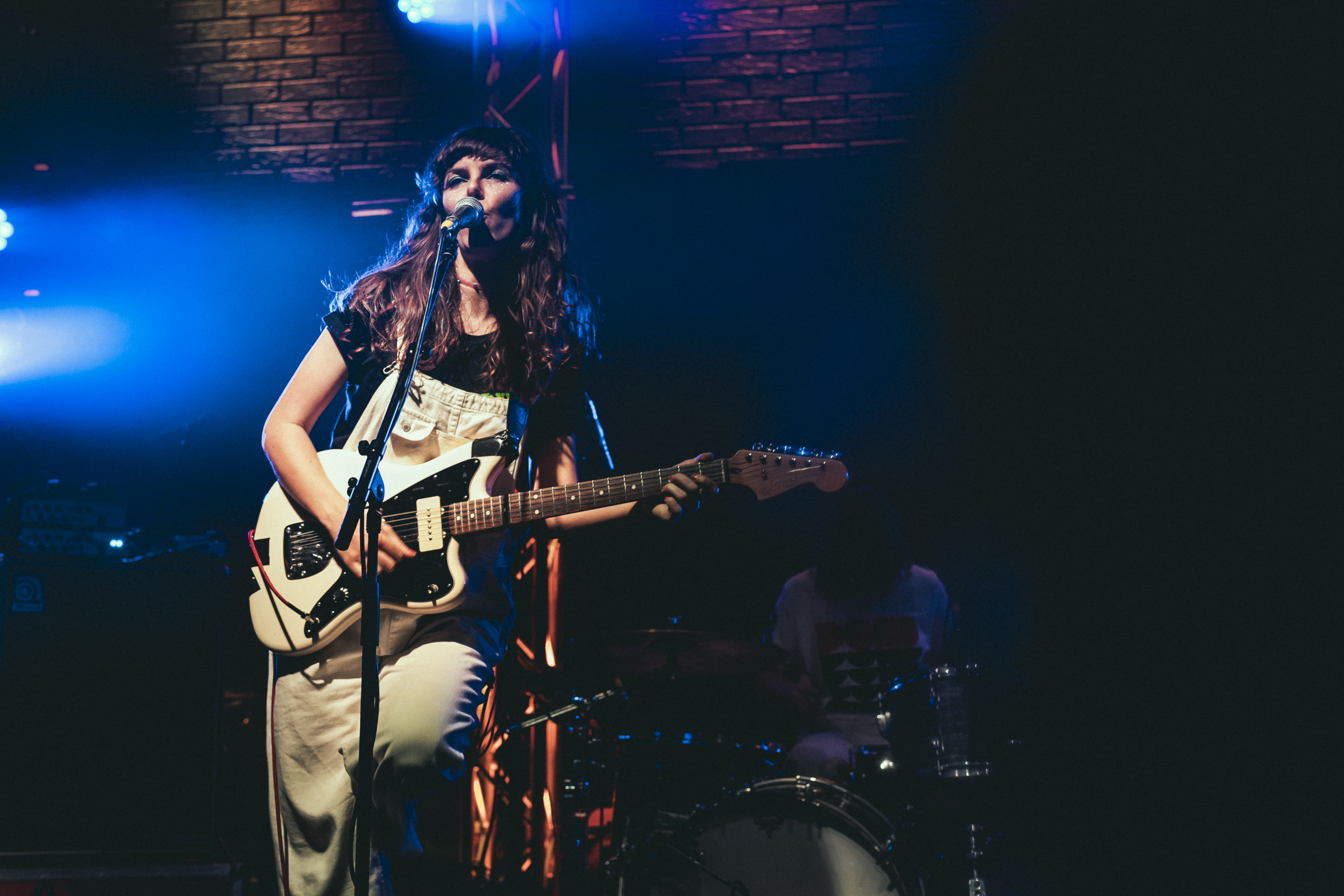 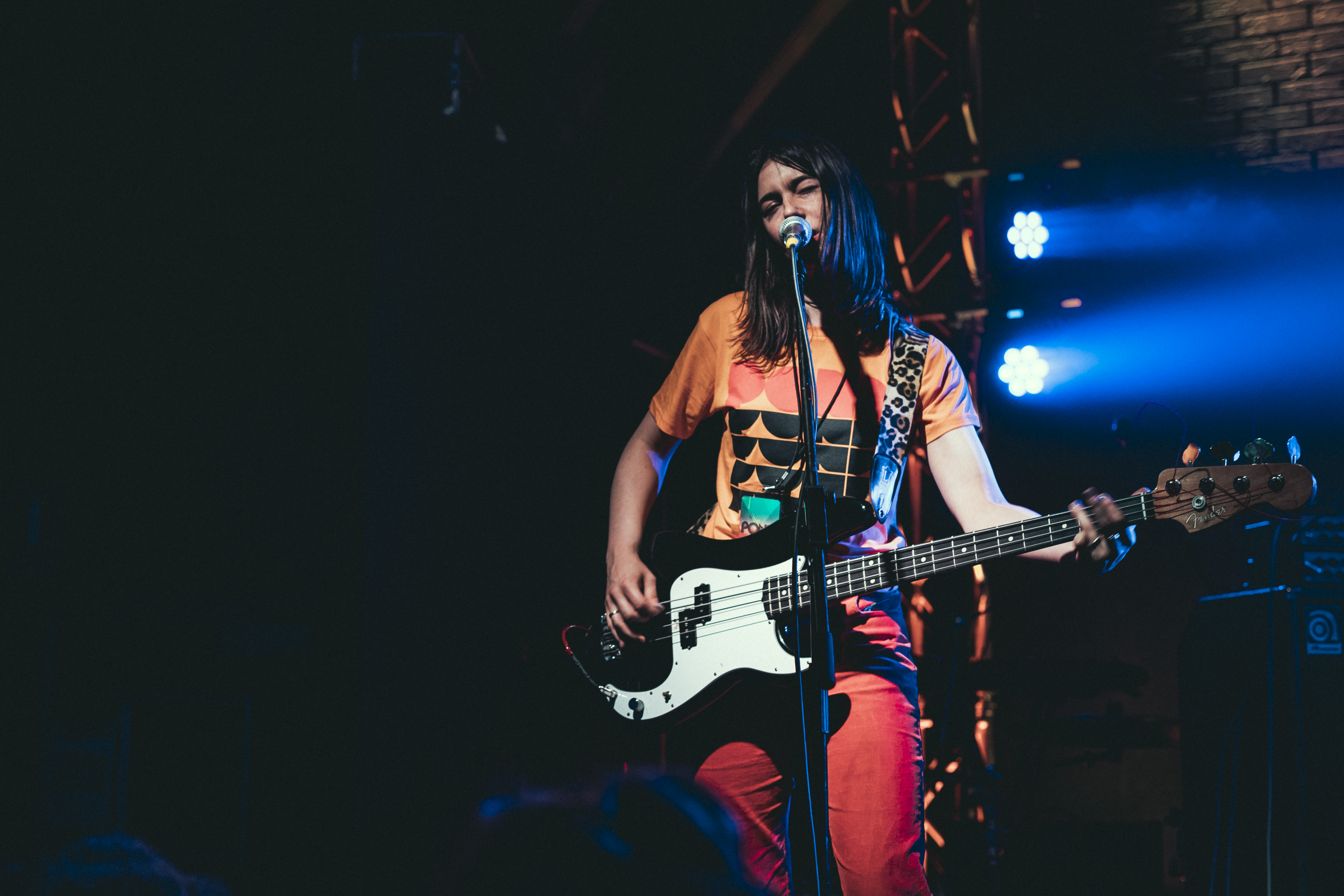 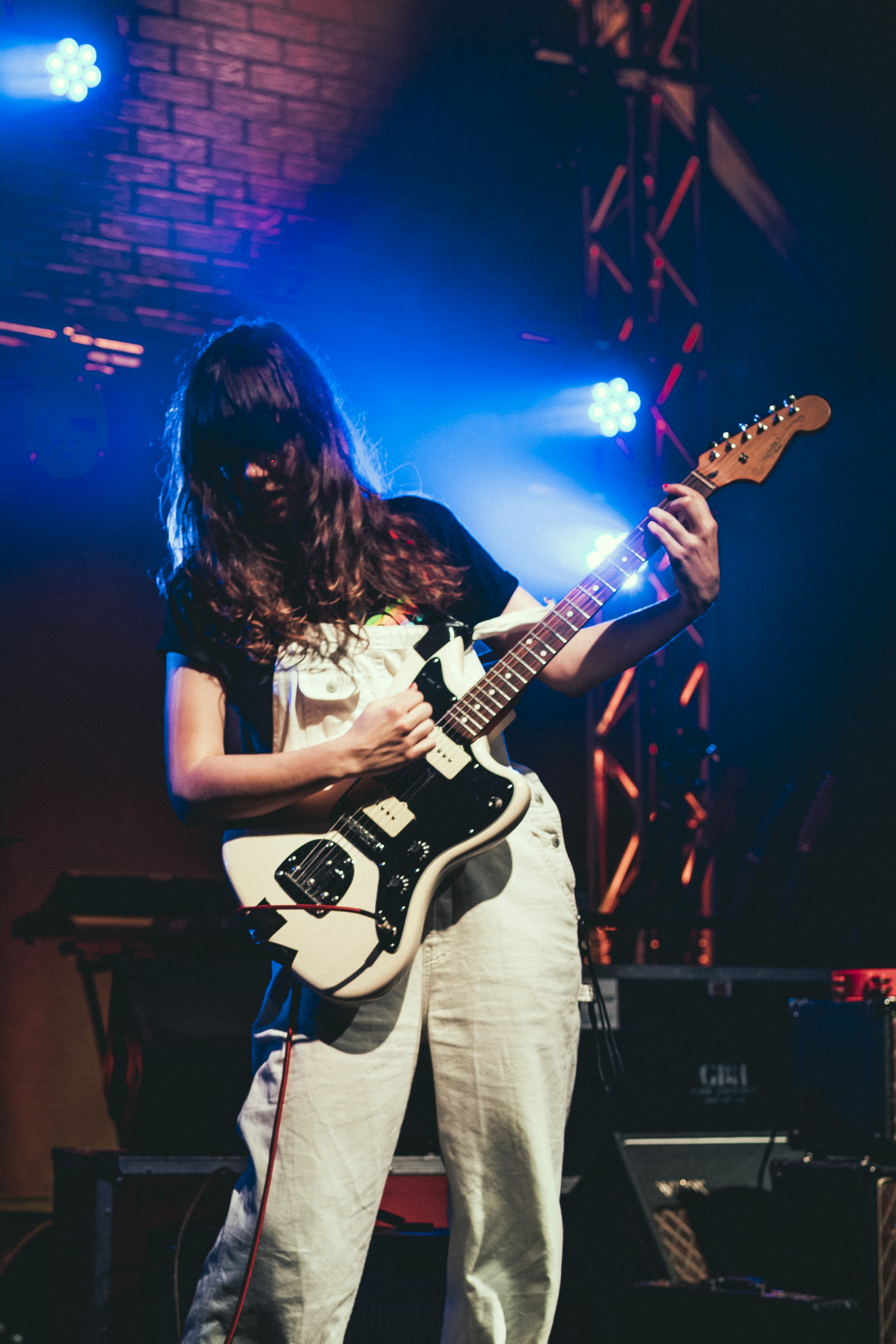 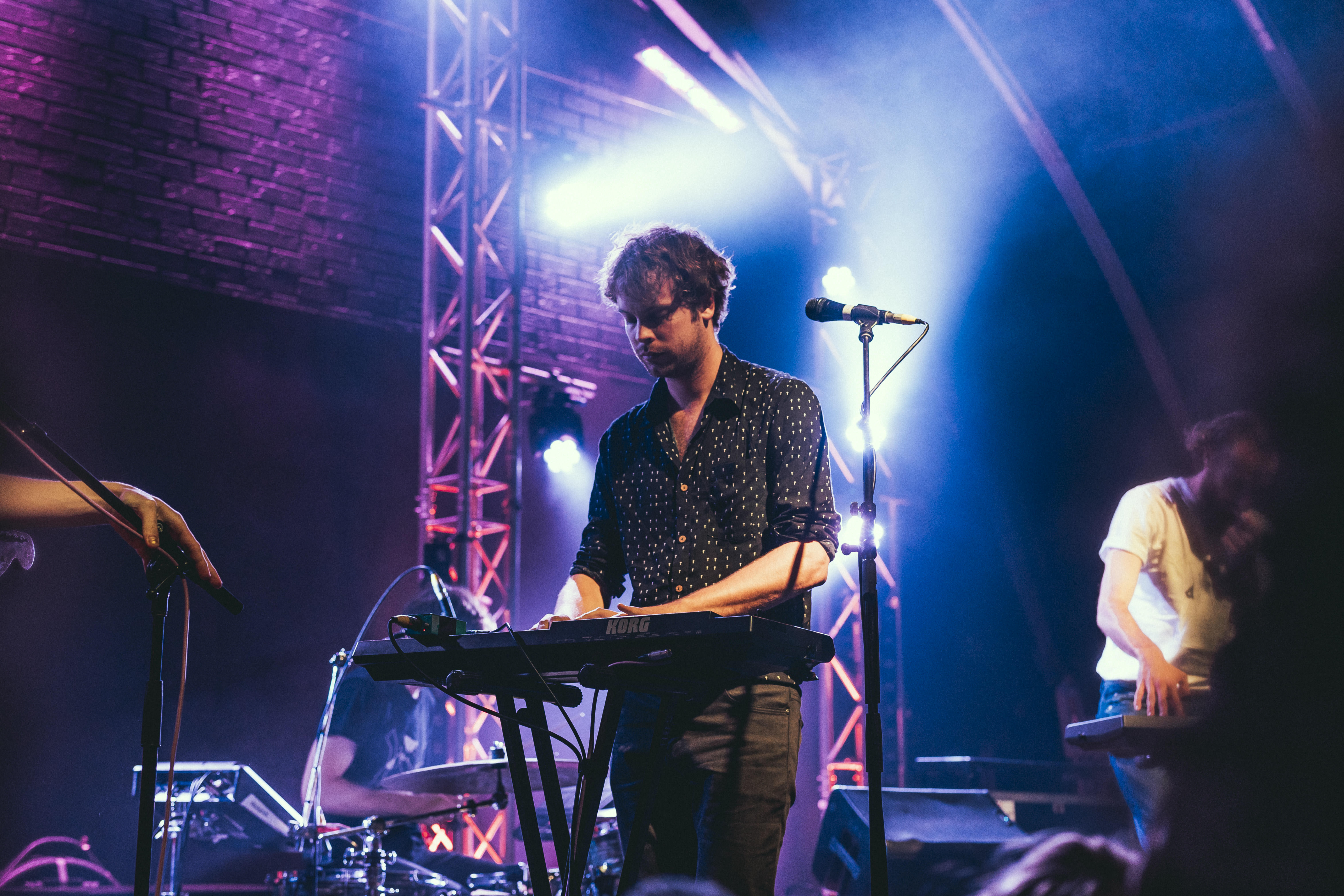 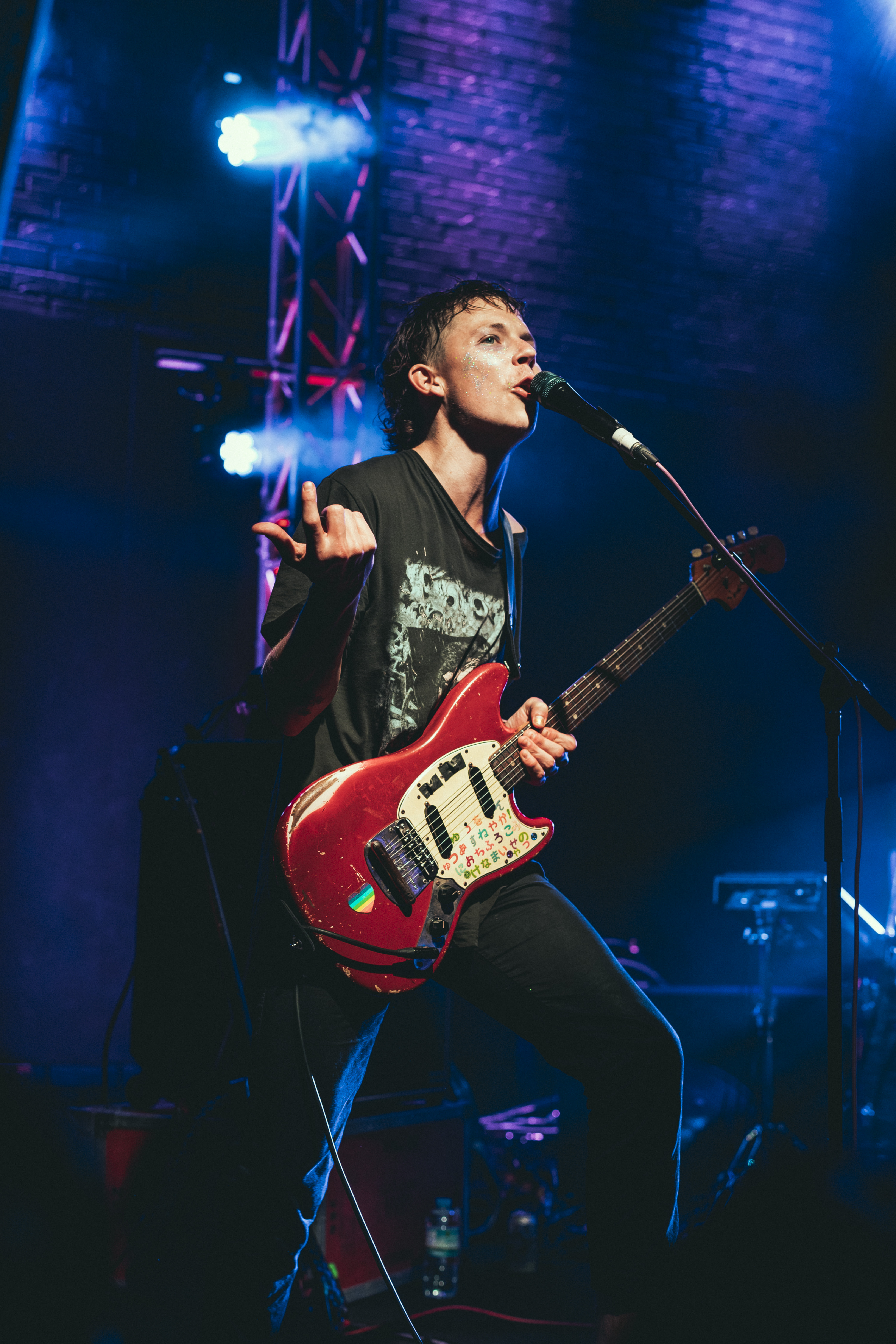 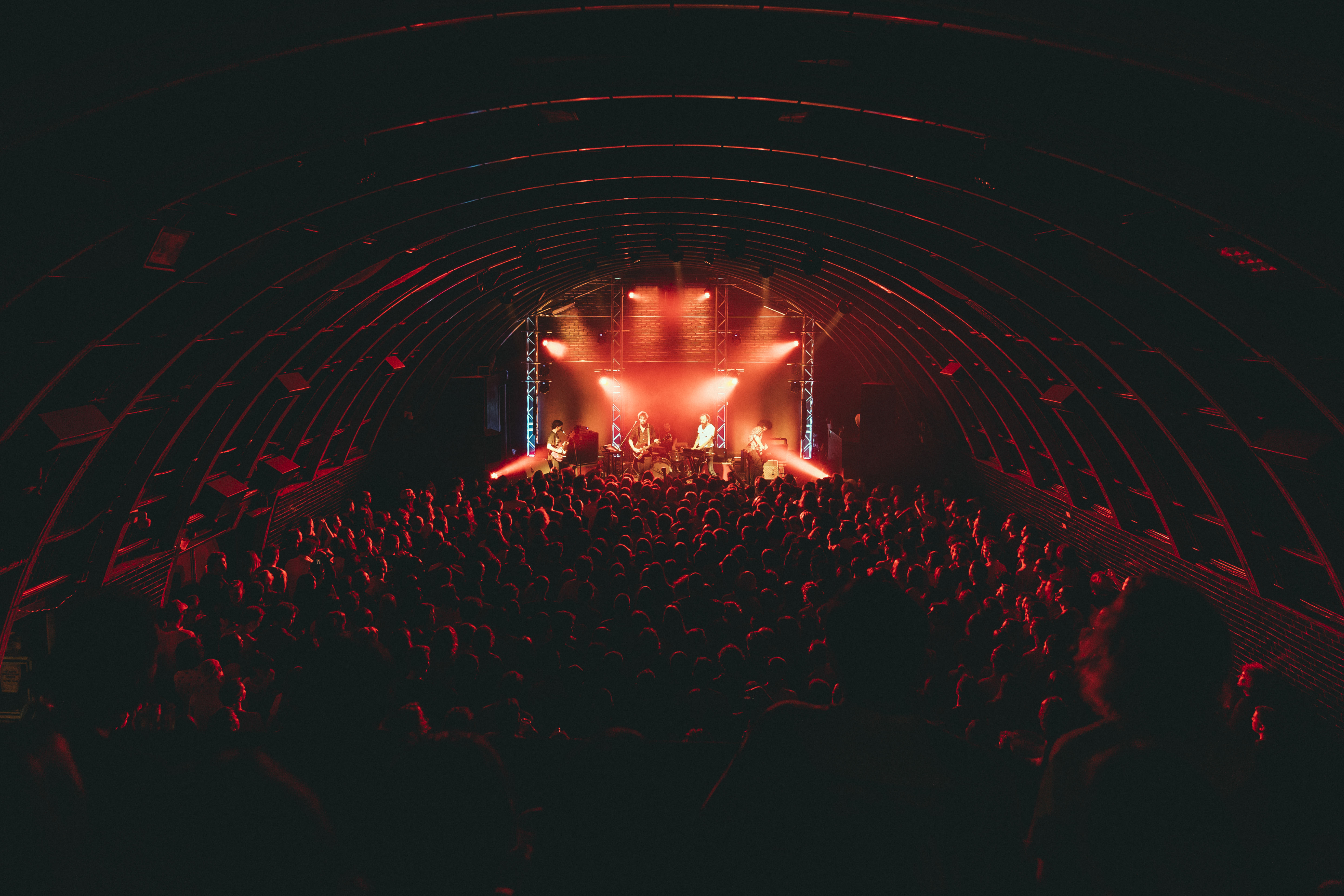 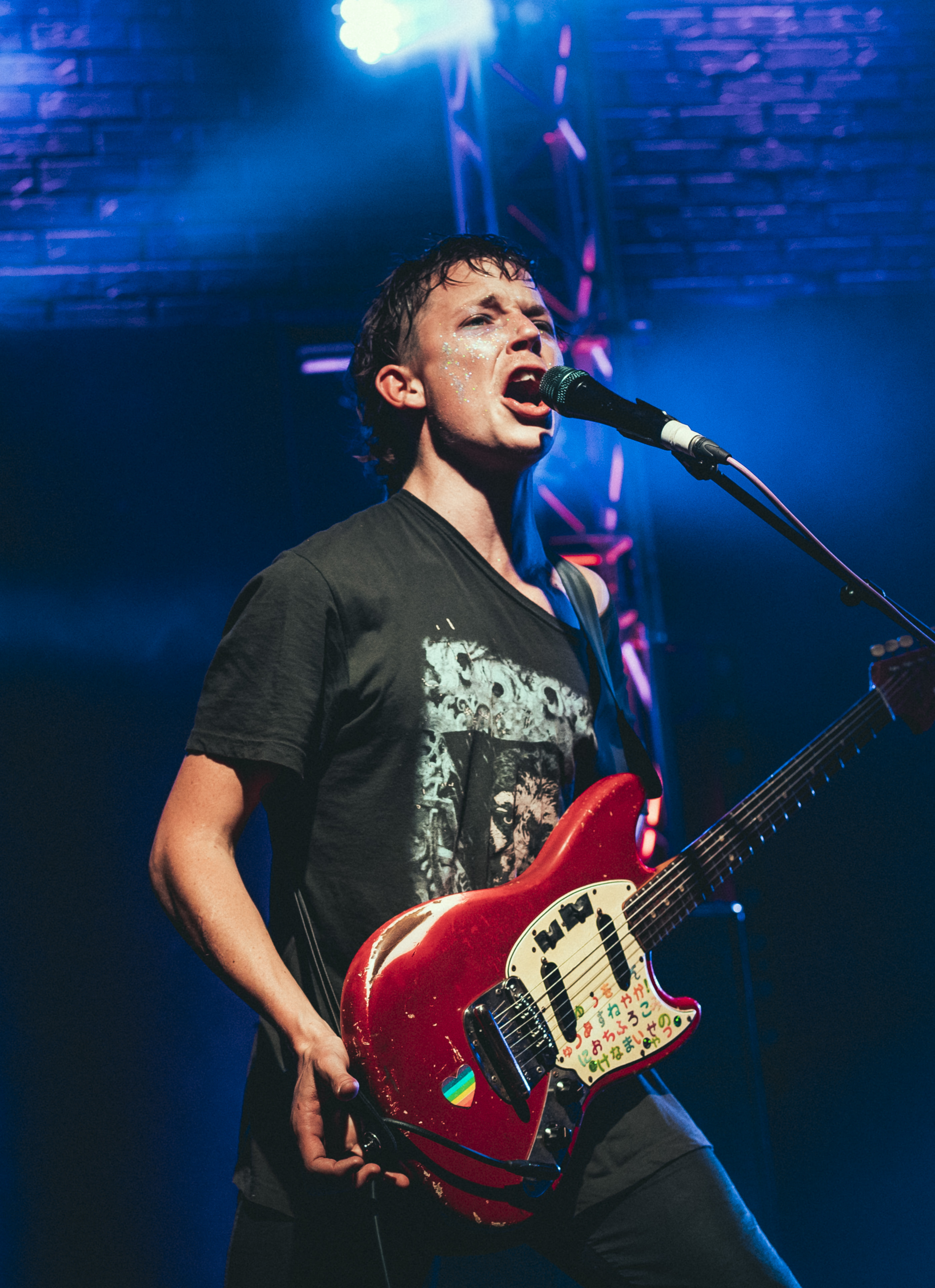 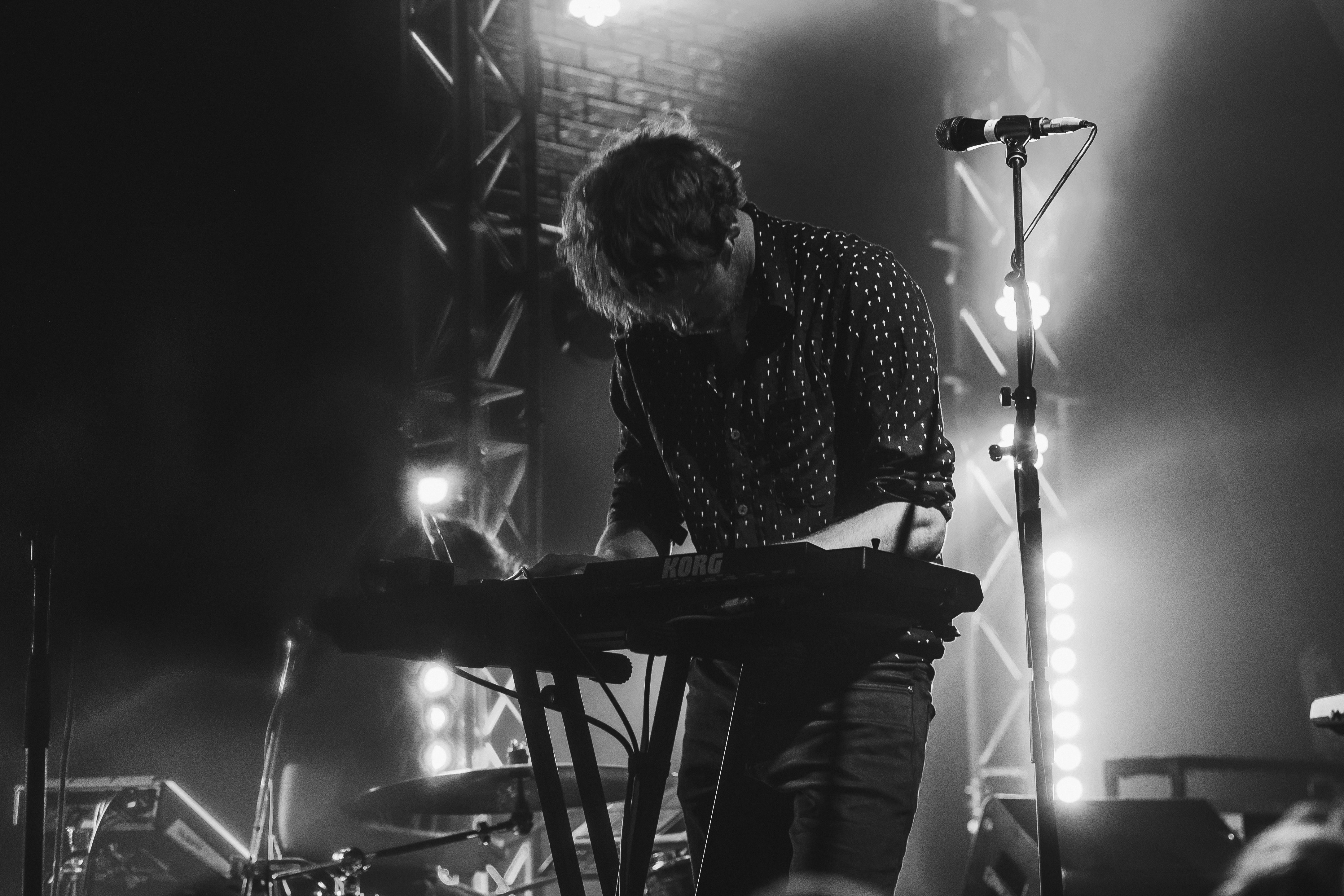 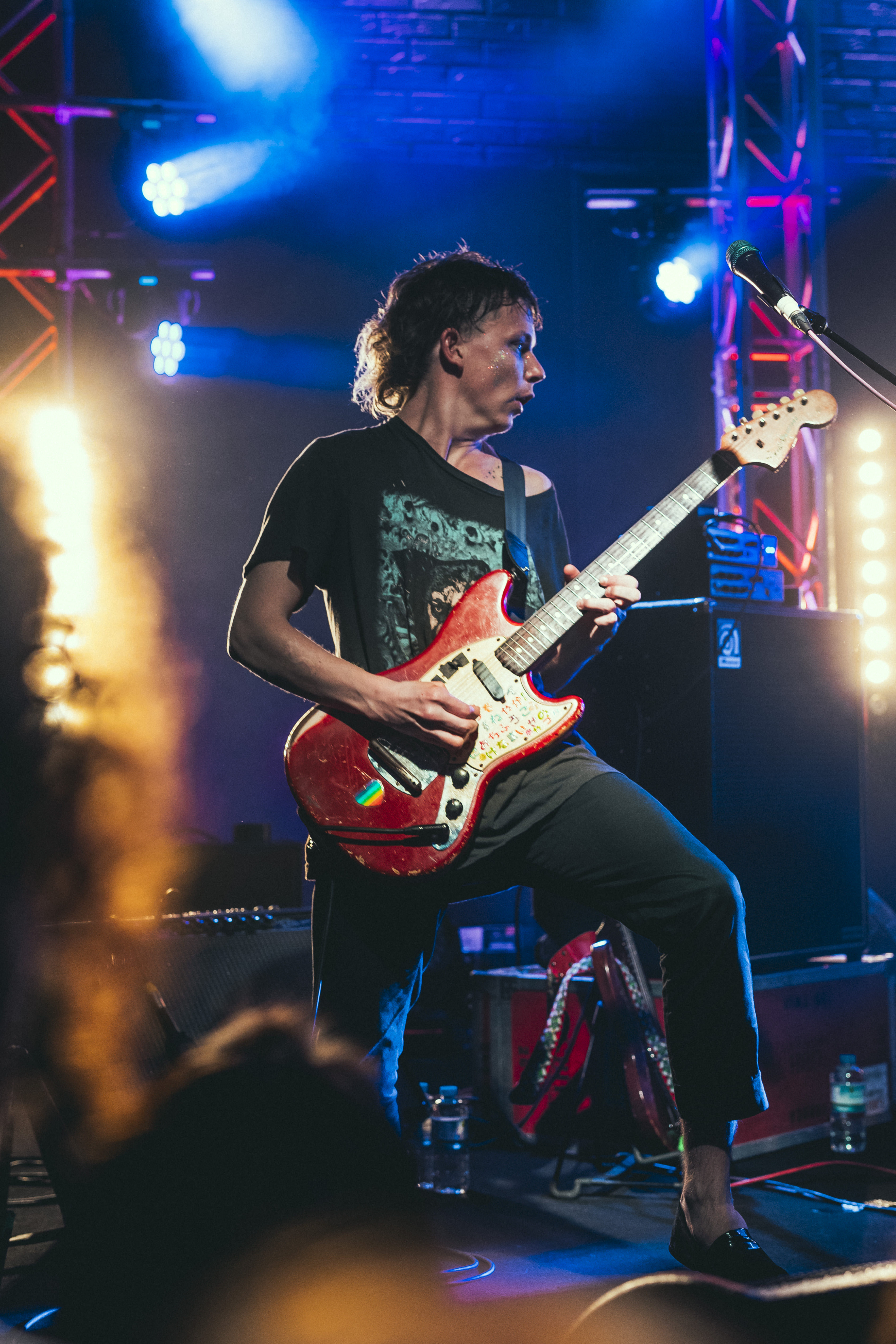 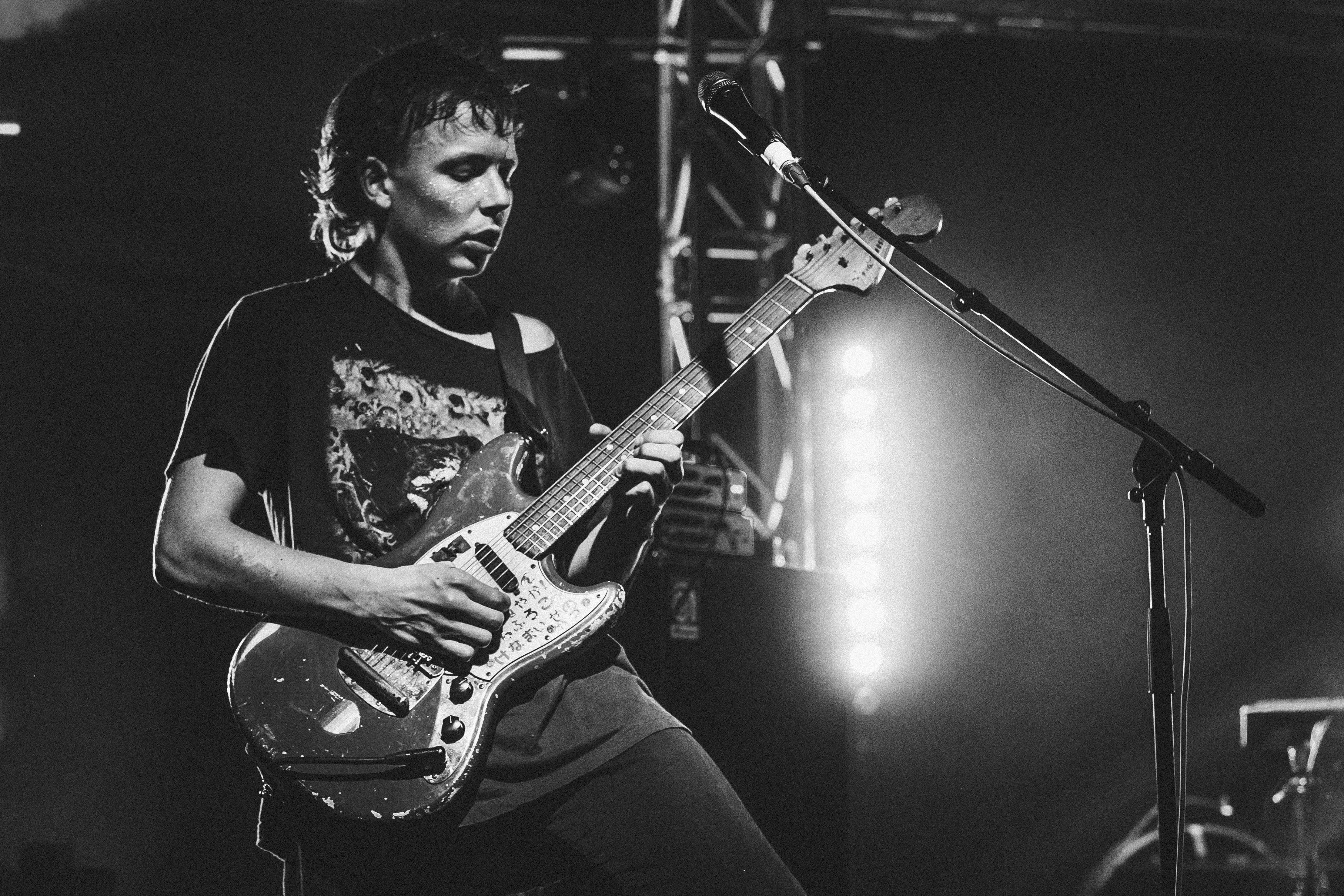 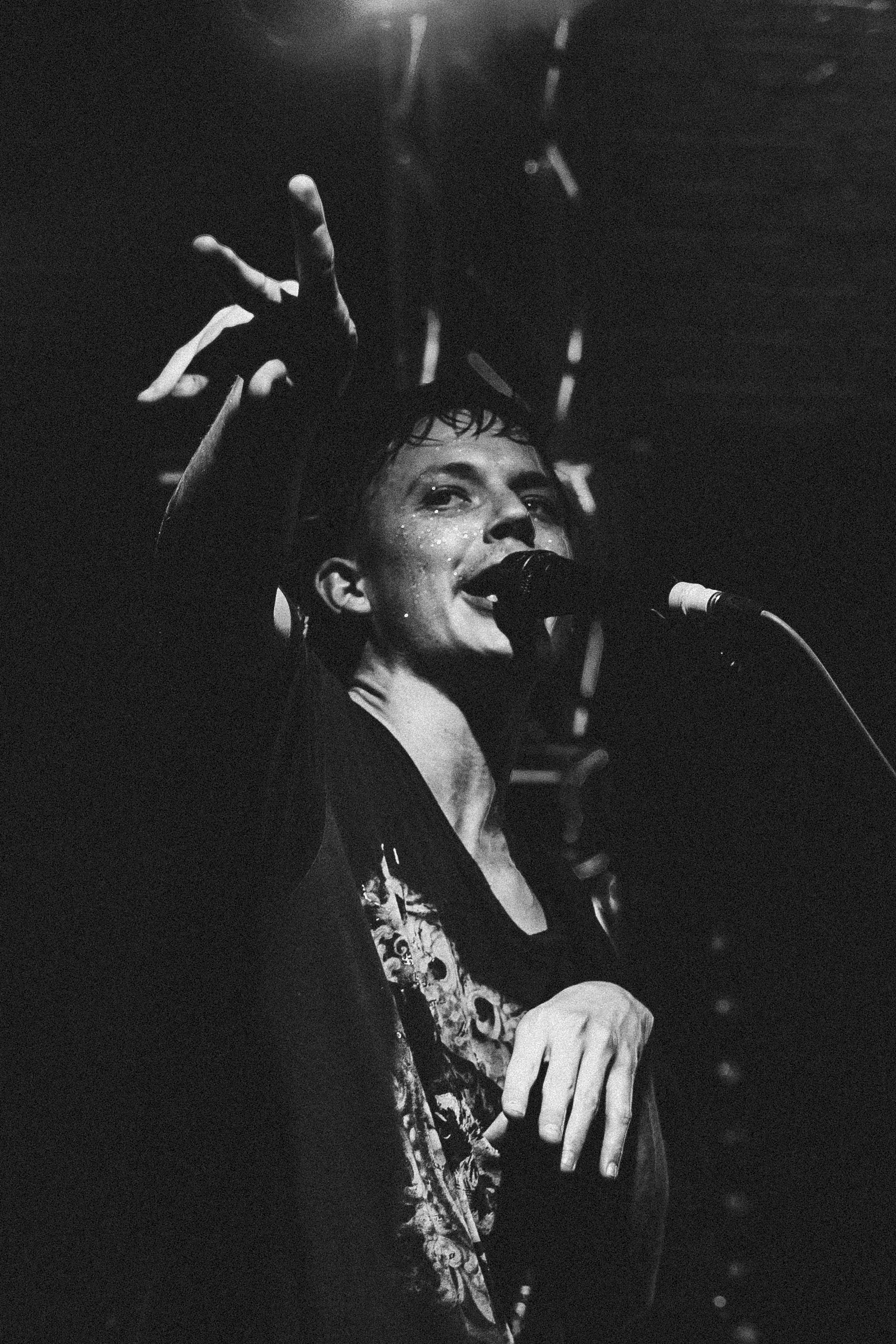 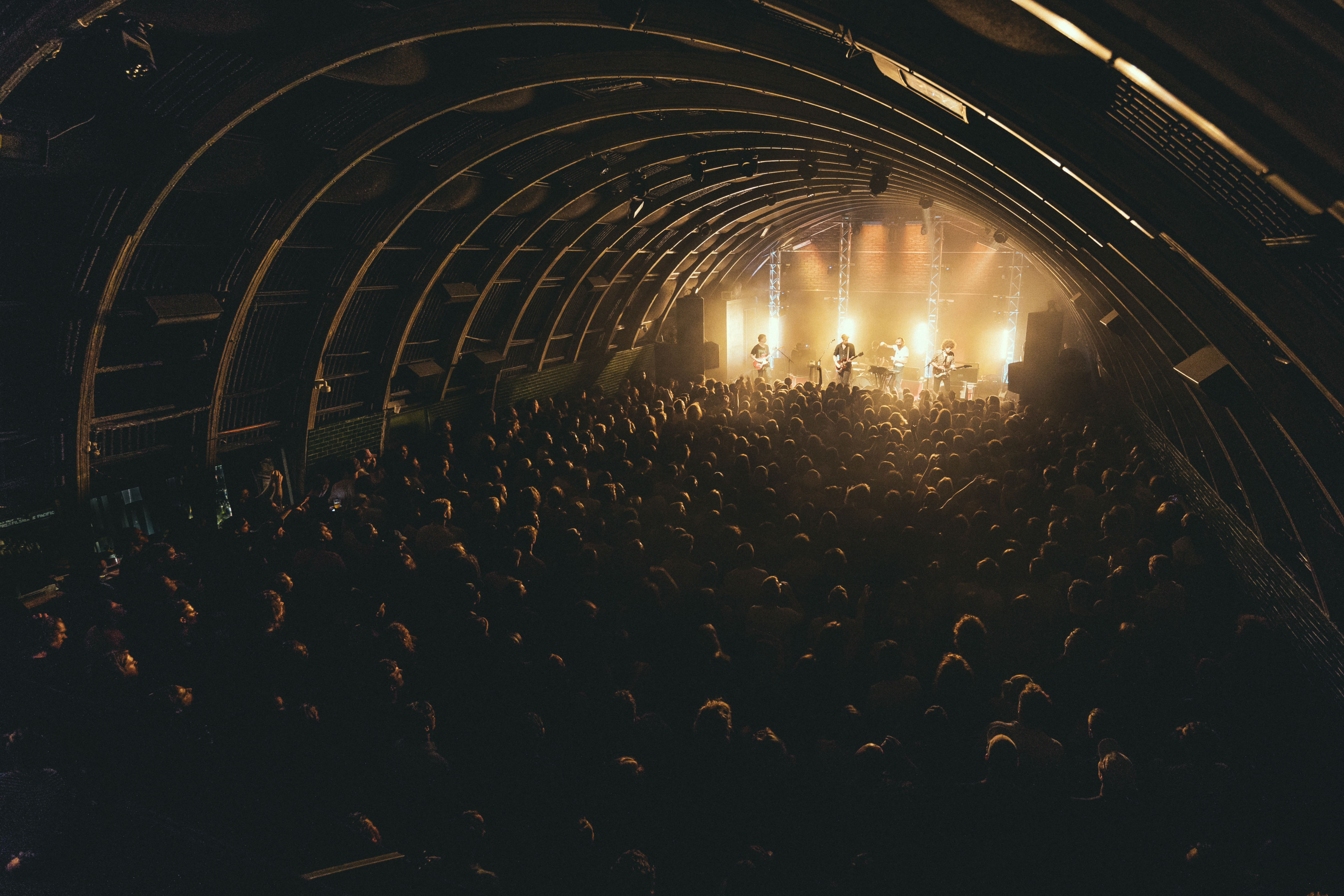