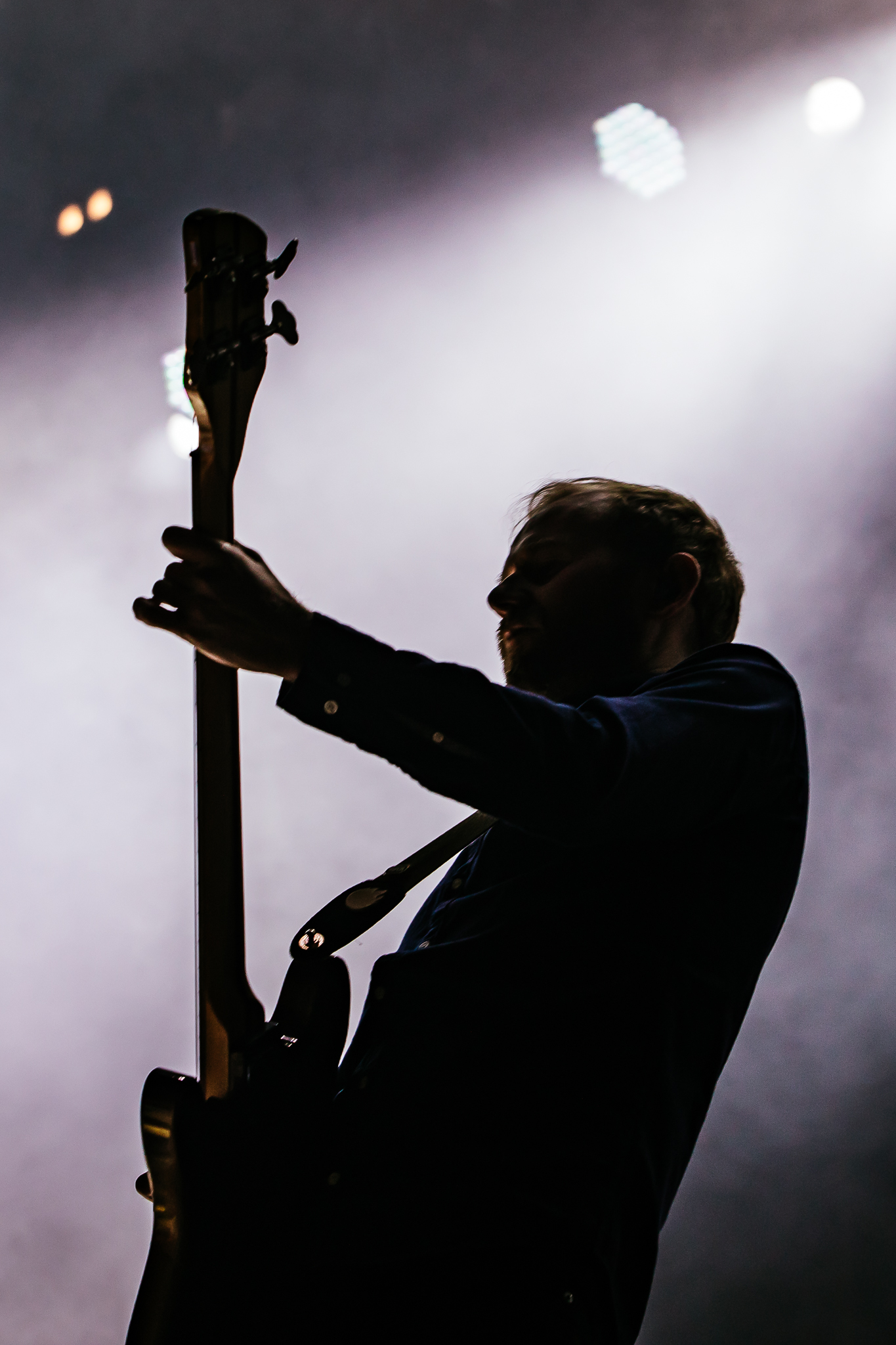 Franz Ferdinand & MGMT teamed up for one large show!

Franz Ferdinand & MGMT teamed up for one large show!

Photos by Zennieshia Butts at Splendour In The Grass 2018 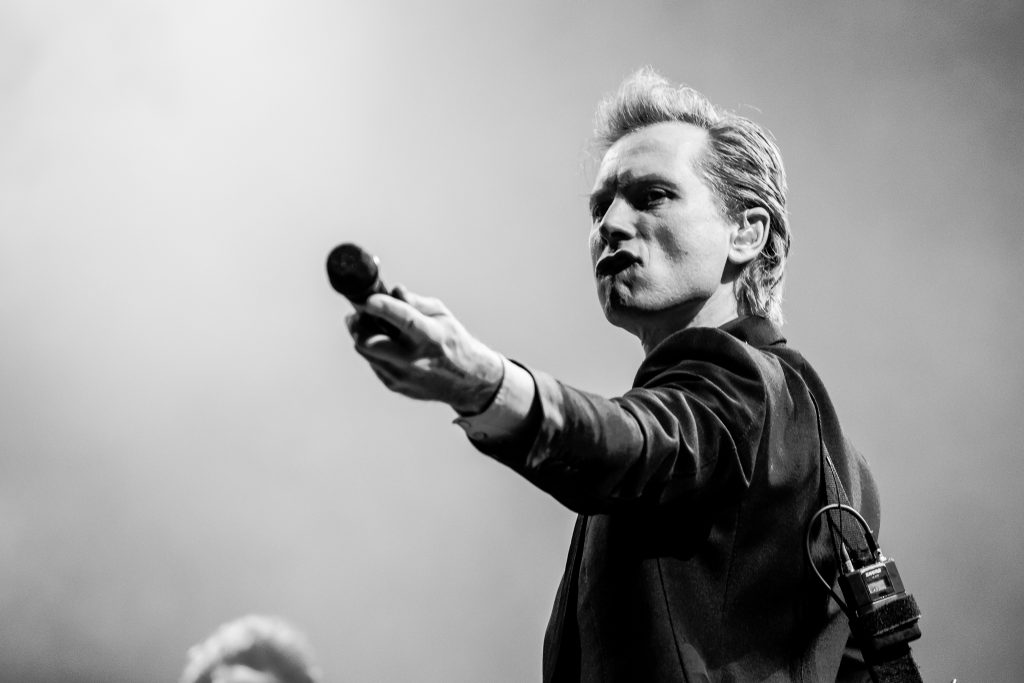 Connecticut electro indie duo MGMT and Franz Ferdinand have formed an unlikely alliance tonight to play Melbourne’s iconic Festival Hall, both fresh off the back of headlining Splendour in the Grass. Crowds are still piling in to take their spot on the springy timber floors, wooden bleachers and theatre like balcony as MGMT enter stage in a cloud of purple smoke.

First up is the unassuming and majestic My Little Dark Age, then When You Die, a co-write with Ariel Pink, which are both dark melodic tracks that grapple with death, a recurring theme throughout their latest album Little Dark Age released in February this year. A welcome change from the psychedelic synth pop that alienated many fans over the past decade, the band’s new sound echoes 80s electronic pop, offering a promising start to the show.

Despite this, the old time favourites like Time to Pretend and Electric Feel from their huge debut album Oracular Spectacular are clearly the focal points of the show. Frontman Andrew VanWyndgarden’s finds his voice during the familiar tracks, which restores some confidence amongst the audience that MGMT’s delivery will meet the high energy in the room. 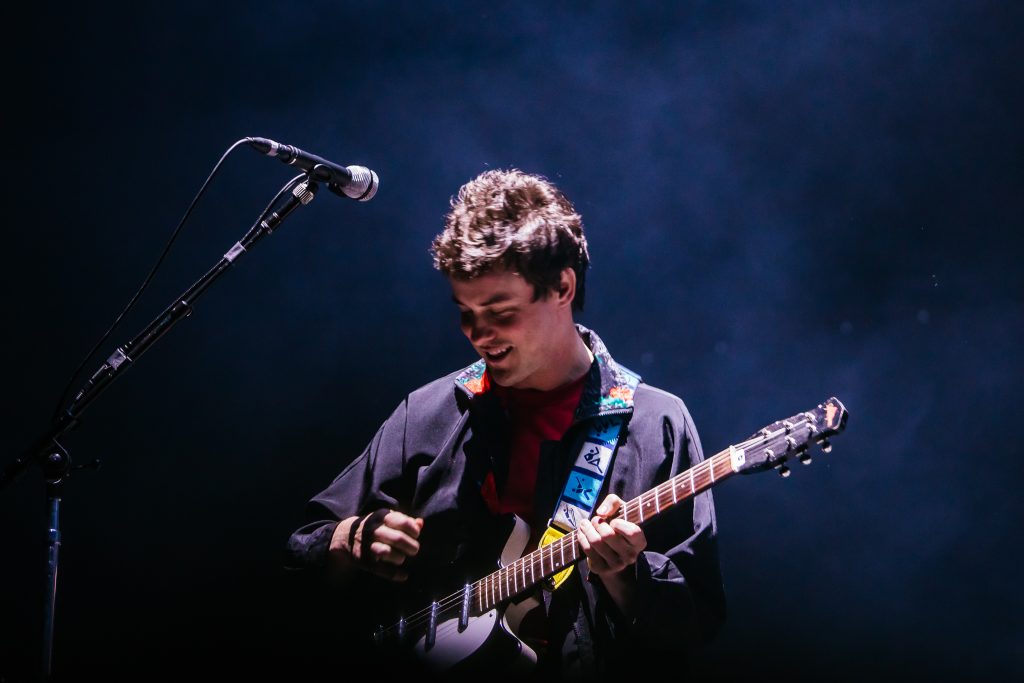 Following this, the show takes an ultra-quirky, introspective turn. Unpredictable and eccentric, a trippy light and video show complements a fusion of genres ranging from jazz, Spanish guitar (‘who here likes shitty Spanish guitar solos?’), new wave and indie synth pop. There are pop culture references and regretful social commentary during songs like TSLAMP (Time Spent Looking at My Phone), and She Works Out Too Much, interestingly performed with VanWyndgarden riding an exercise bike. Me and Michael is a surprisingly pleasing, dusky summer jam, which gets the crowd singing along, but mainly because fans work out Kids, the nostalgic dance track everyone has been waiting for, is next.

MGMT seems promisingly back on track, but it’s still apparent that they are better suited to the studio. While commercialism clearly doesn’t come naturally, they still made it work and managed to pull together a crowd of devotees for an enjoyable set.

Enter Franz Ferdinand, and you can feel the whole mood in the room change. With this year’s release of Always Ascending to back up three solid albums, the band is one of the most successful bands to come out of Scotland. The album is the first with their two new members, Julian Corrie on keys and Dino Bardot on guitar, which noticeably adds not only muscle, but a completely fresh sound making them just as relevant today as they were in 2004. 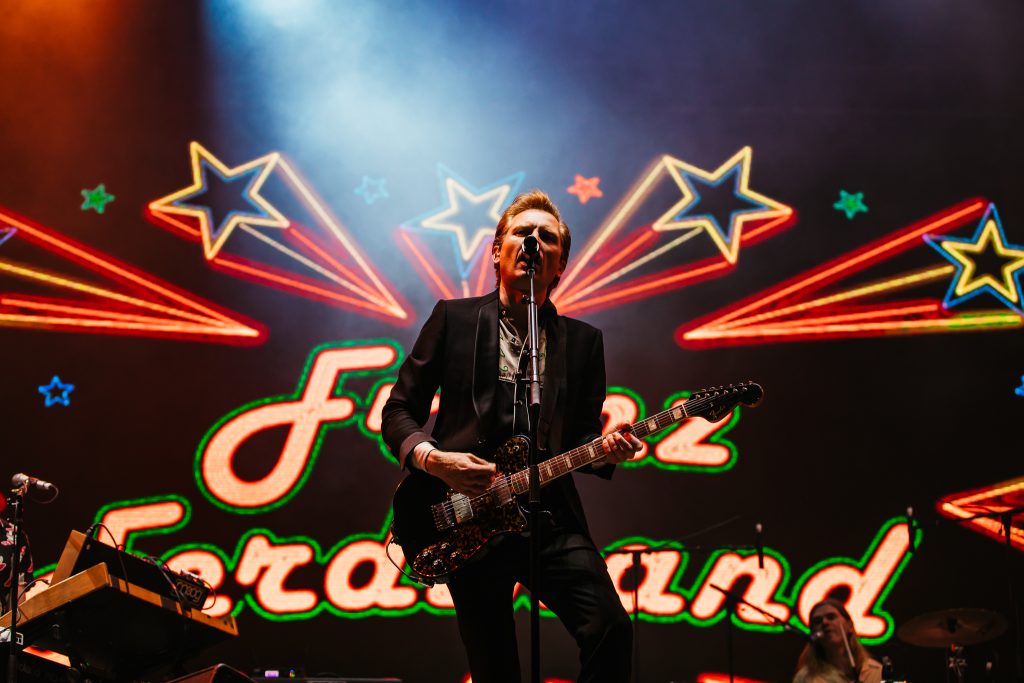 The quintet treated Melbourne to an eclectic mix of songs new and old. Opening with Dark of the Matinee, charismatic frontman Alex Kapranos reminds us of parties during high school as he dances across the stage, engulfing the crowd in his delicious voice, ‘Ohhh it’s easy now’.

Danceable indie rock classics No You Girls and Do You Want To are followed with as much energy as if being performed for the first time, but also with the polished quality that only comes from decades of experience. Franz Ferdinand show no signs of weariness throughout the whole night, building up chorus’s with classic guitar work, synchronised fist pumps and regular engagement with the crowd.

The songs off the new album like Always Ascending, was fresh with its electronic hues, yet respect for the band’s origins of dance music made by humans, not machines. Kapranos dedicates the final song to ‘the great bands coming out of Australia’, referencing locals Amyl and the Sniffers, UV Rays and AC/DC, sure signs of your bread and butter showman. The extended intro to Take Me Out has the audience revved up, a feeling which is not disappointed for the duration of the track, wreaking havoc on the dance floor.

The tightness with which Kapranos and the band play make it look easy during This Fire, which is taken to the next level for an epic eight minute encore. Tonight’s show has proven that Franz Ferdinand are still at the top of their game, providing a spectacular performance with a balanced mix of songs.